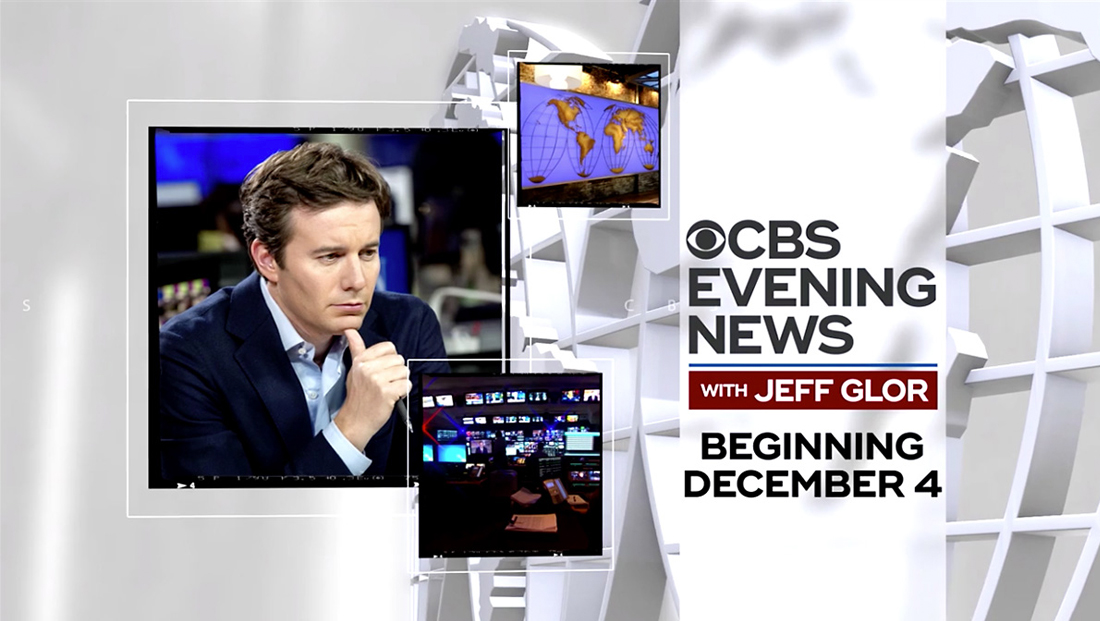 CBS News correspondent Jeff Glor will take over the “CBS Evening News” Dec. 4 and the network has released a new promo that emphasizes Glor’s field reporting experience and introduces what appears to be a new logo for the broadcast.

The spot features field imagery of Glor from around the globe with Glor “cut out” from the background, which features a subtle perspective shift animation.

The promo ends with a title card showing the existing “CBS Evening News” graphics featuring an extruded white and gray world map and boxed imagery with a new logotype.

The new look also retains the old logo’s color palette — with the addition of a brighter shade of blue for the rule above the red box containing Glor’s name. Although it is yet to be seen if this is the final version of the logotype or if the broadcast will retain any or all of the old look, the promos’ graphics mirror the graphics package the network introduced in 2016.

After anchor Scott Pelley was removed as anchor of the broadcast in June 2017, the look remained largely the same, just without any name in the red block featuring a world map background. Prior to this look, “CBS Evening News” had a different graphics package that used a similar world map motif, though this version included gold, white and a deep blue.

The map design in all of the recent iterations of the packages was inspired by the world map featured on the “Evening News” set during legendary anchor Walter Cronkite’s time headlining the broadcast.