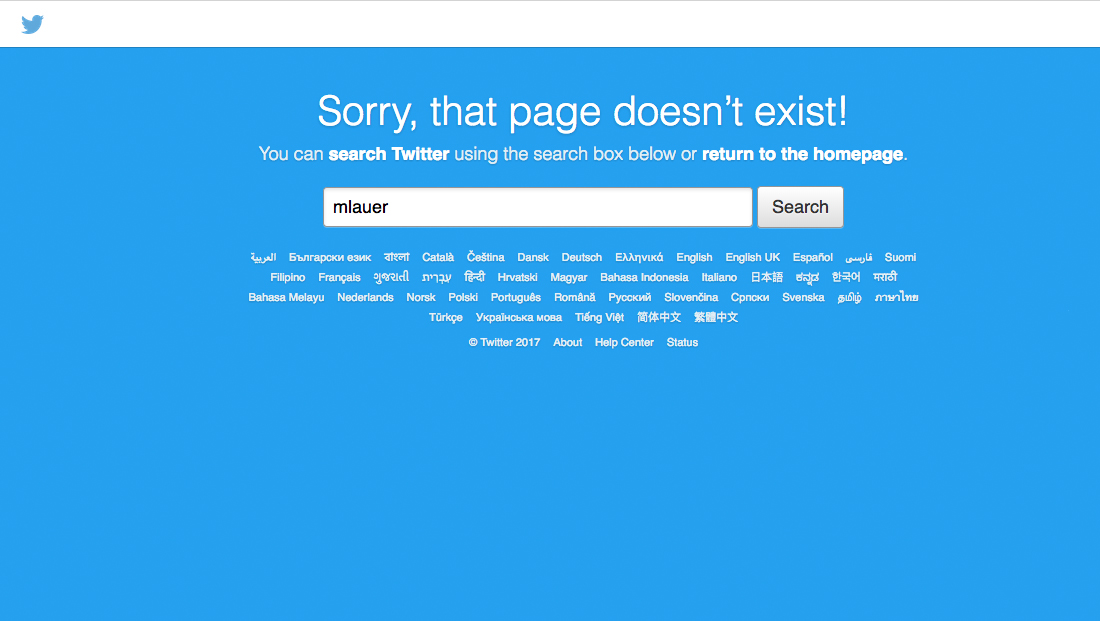 It appears that either someone at NBC News or in Matt Lauer’s camp has deactivated or deleted his accounts on at least two major social media platforms — Facebook and Twitter. The page automatically generated by Facebook, meanwhile, is still active, but this has no official connection to NBC or Lauer.

Incidentally, the Twitter handle @mattlauer is registered to someone claiming to be a software developer in Pennsylvania, who has already been the subject of a flurry of mentions by users mistakenly tagging the wrong user.