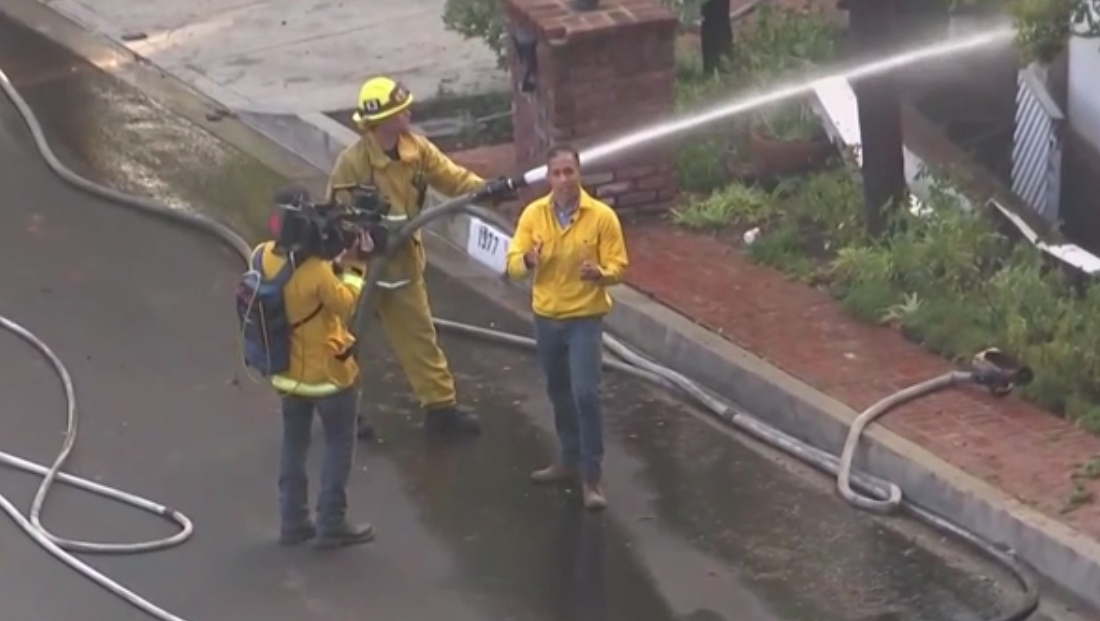 During a report for “NBC Nightly News,” correspondent Miguel Almaguer’s standup used two cameras to show two different perspectives of the destruction left by the wildfires.

The standup, which was featured near the top of the broadcast after a brief voiceover overview from anchor Lester Holt, featured Almaguer standing next to a firefighter spraying a water hose on a damaged home.

The live shot then switched to what appeared to be a camera perched high above and to one side of the scene, which zoomed out to give viewers a wider vantage of the area, which included smoke billowing from some nearby trees.

Almaguer also referenced the fact the crew had another camera set up before tossing to his package, including addressing each camera as it was punched up.