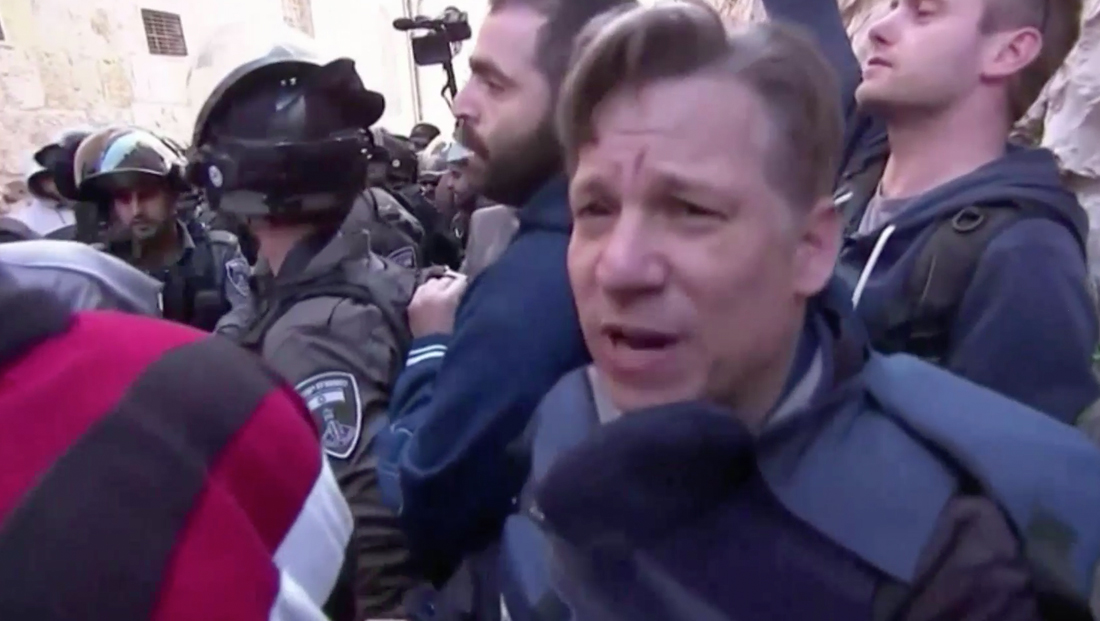 “This is being in the thick of it,” starts a new MSNBC promo — and that’s a pretty accurate summary of the spot.

After that animated text with exaggerated strokes appears on screen, the majority of the remainder of the promo shows foreign correspondent Richard Engel struggling to keep his bearings amidst a crowd of protesters and police after Donald Trump decided to recognize Jerusalem as the capital of Israel.

During the promo, Engel, who is dressed in a protective press vest, is overshadowed by taller, bulkier men and is constantly jostled around while attempting to deliver a report for the camera — almost to the point of being absurd.

It’s worth noting, of course, that the situation Engel was in could have easily turned dangerous quickly — and is a dramatic and sobering reminder of the dangers journalists face every day.

Engel, who travels the world for NBC News, is known for reporting from hot spots around the globe, a concept that MSNBC turned into a limited series over the summer.

The promo ends, like the others in this series with the words “This is why you watch,” with the natural sound from the protest scene still audible in the background.