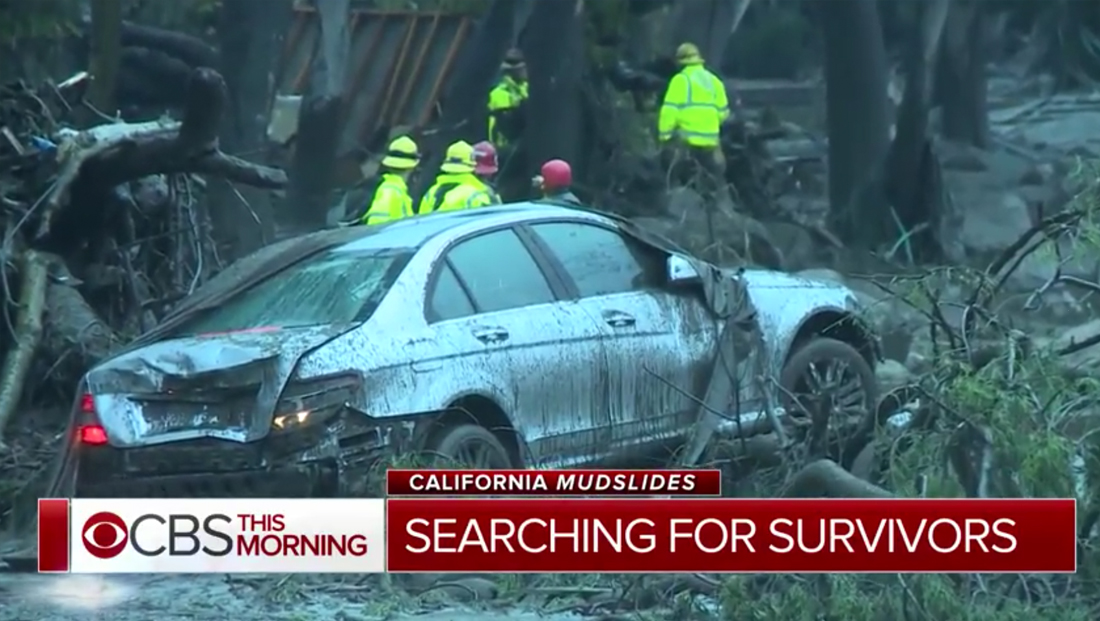 “CBS This Morning,” like its counterparts on ABC and NBC, devoted coverage to the California mudslides this morning — but with a clever little typographic twist.

As the show frequently does for extended coverage, a smaller tier was added atop the show’s lower third insert graphics on Wednesday, Jan. 10, 2018.

In this case, the words “California Mudslides” featured italics for the word “Mudslides,” a move that is a subtle nod to the “slide” part of “mudslides,” as well as being an allusion to forward motion and adding a sense of urgency.