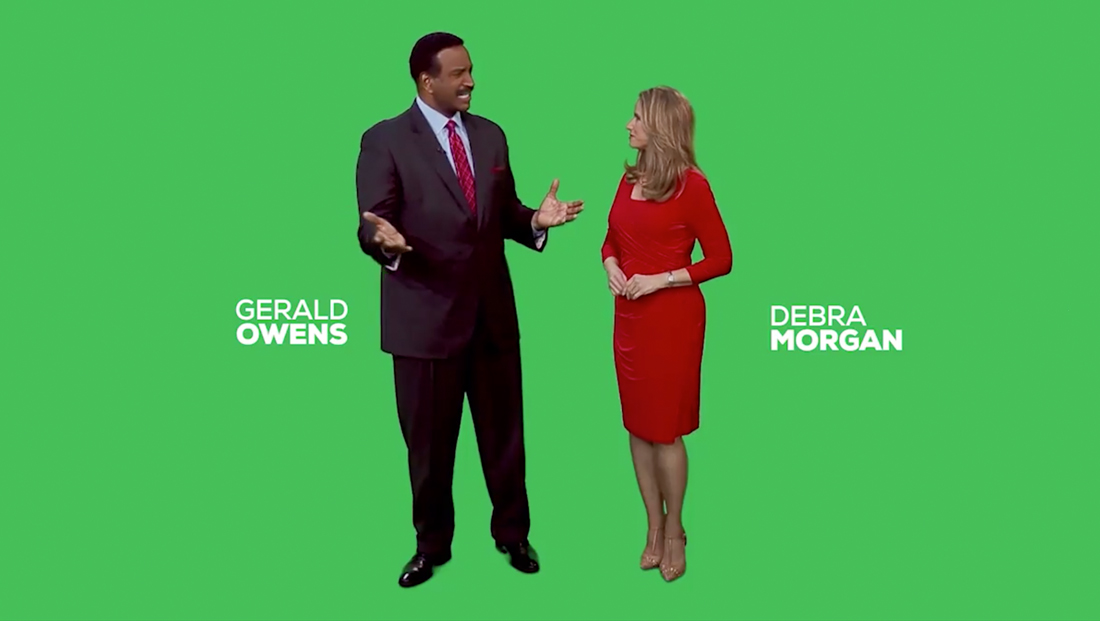 WRAL, the NBC affiliate in Raleigh, is using the 2018 Winter Olympics as an opportunity to produce what it says is its first live program fully produced using augmented reality and virtual reality.

Hosted by Gerald Owens and Debra Morgan in Raleigh, the “Olympic Zone” is a block of programming all NBC affiliates can opt to air, typically after their early evening newscasts, to serve as both a localized version of Olympics coverage and preview for upcoming coverage.

NBC provides most of the content with a local personality serving as host in either live or taped intros, and local stations can also opt to add their own local packages and other content. At WRAL, the show is produced in front of a green screen featuring a virtual set with a clean white look featuring a bowed header and floating glass panels with a mountainscape behind. The NBC Olympics and station logos can be added to the floor, and the glass panels can feature imagery or video. The virtual floor features 3D maps, cutouts of athletes and other elements that appear magically — and it’s even possible to make it “snow” instantly as Morgan showed off in a promo posted to Twitter.