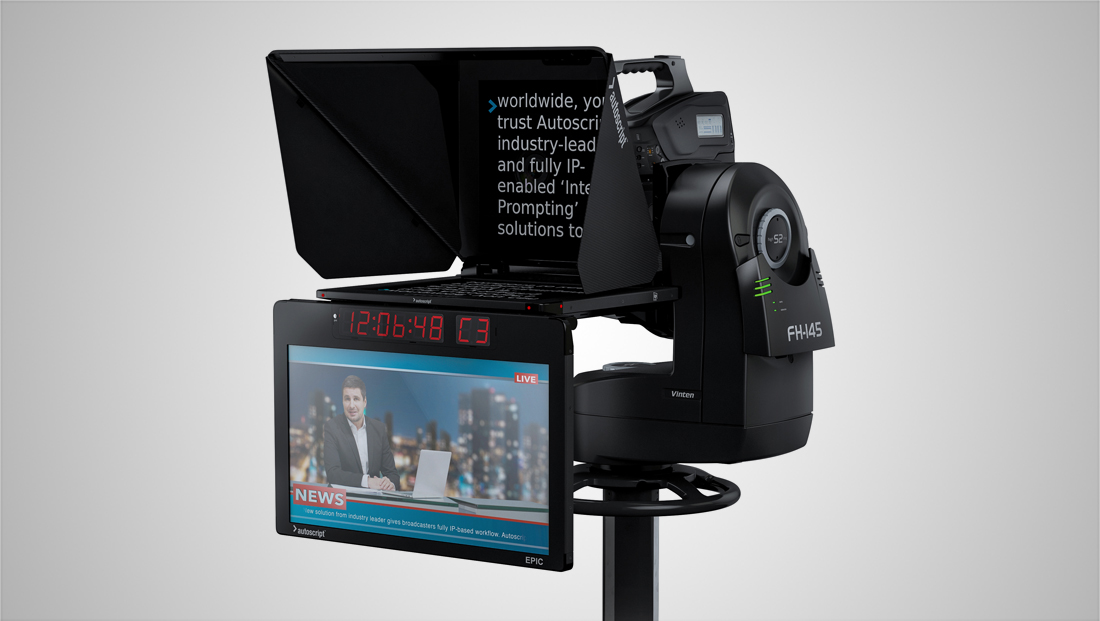 The award winning IP range is now delivering to broadcasters worldwide and will be extended with new controllers and additional monitors at the 2018 NAB Show.

Intelligent Prompting completely reinvents prompting workflows so that devices can be located anywhere, delivering the ease of use and foolproof redundancy that modern broadcast operations need.

The inclusion of video outputs and inputs allows users to transition to IP at their own pace, while significant hardware improvements further enhance the solution. Since Intelligent Prompting units require no counterbalance in most situations, they are up to 50 percent lighter than prompting solutions that do require counterbalance.