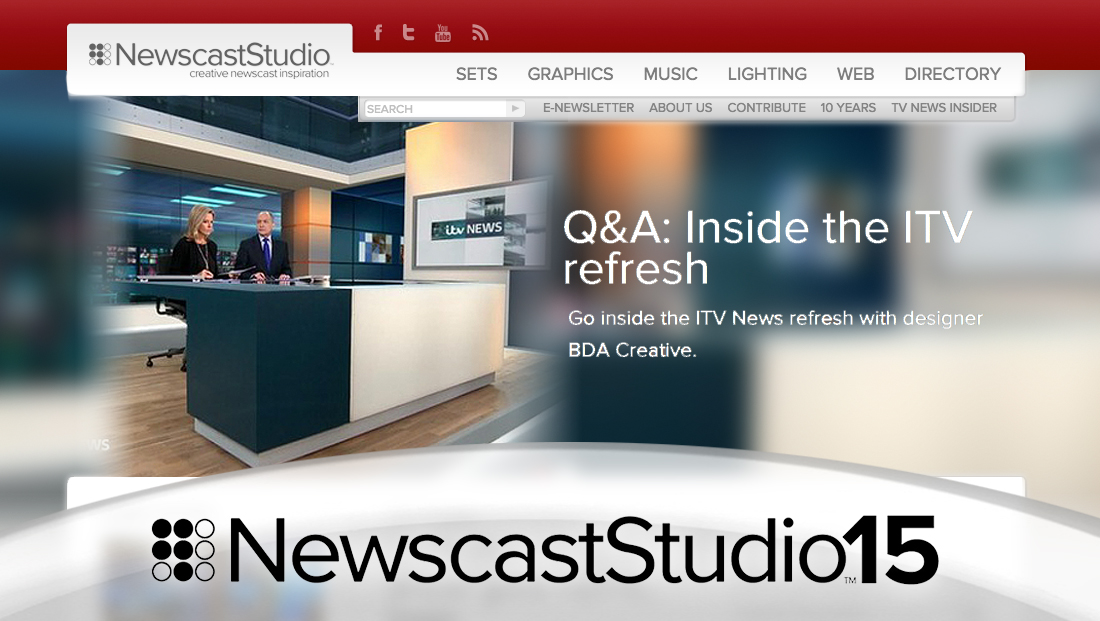 In 2013, NewscastStudio introduced a major redesign, completely overhauling the design it had used since 2009.

The new look lightened things up a bit by switching to a light gray background and white containers, but keeping the site’s trademark red in the header and as an accent color.

With this new look, the site switched back to using a large slider element that combined an oversized, blurred version of each image along with a text headline. The new look also dropped perfectly squared corners in favor of slightly rounded ones with a subtle shadow effect.

At this time, NewscastStudio also switched to using Proxima Nova as its body font and added a vertical column of gallery thumbnails down the left side of the homepage.

Also with the new design, NewscastStudio officially added additional topics beyond just sets and graphics — to include technology, lighting and more.