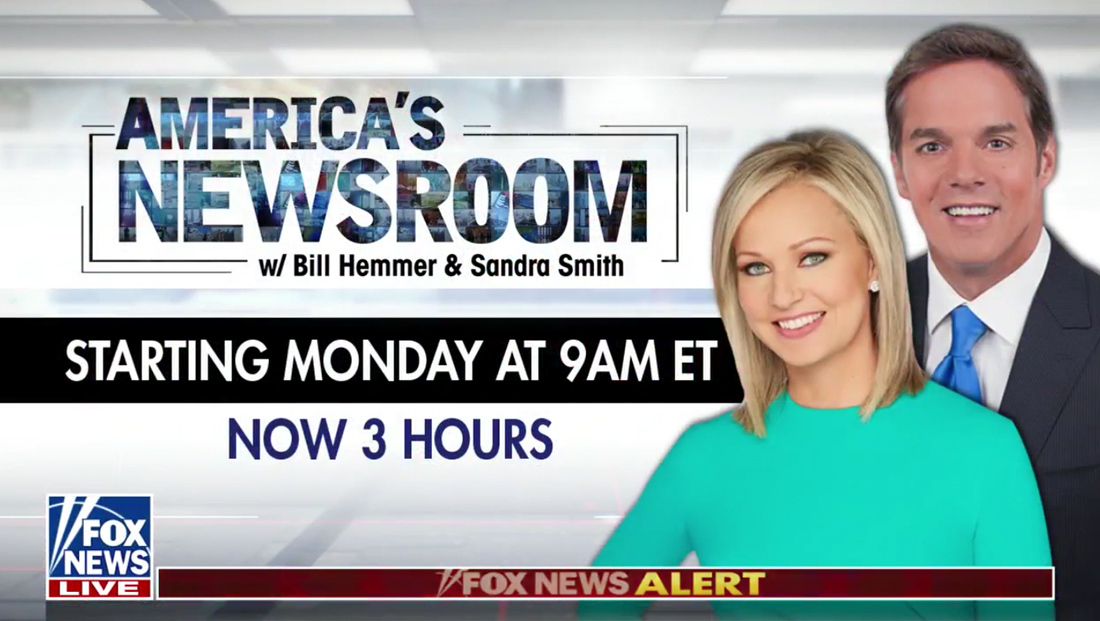 Fox News‘ late morning programming block “America’s Newsroom” is moving into a new home in Studio J Monday — but that’s not all — it’s also expanding to three hours and getting a new logo.

Along with moving into the new set in Studio J, the show is dropping the 3D Helvetica-ish logotype in favor of a more condensed look that has a monitor wall-like texture and adds thin corner and border accents.

The show will run from 9 a.m. to noon eastern from Studio J, which Sean Hannity’s “Hannity” began using Monday, June 4, 2018. During the final block of “Outnumbered” Friday, Smith said farewell to co-host Harris Faulkner and gave viewers a sneak peek at “one corner” of the new set.