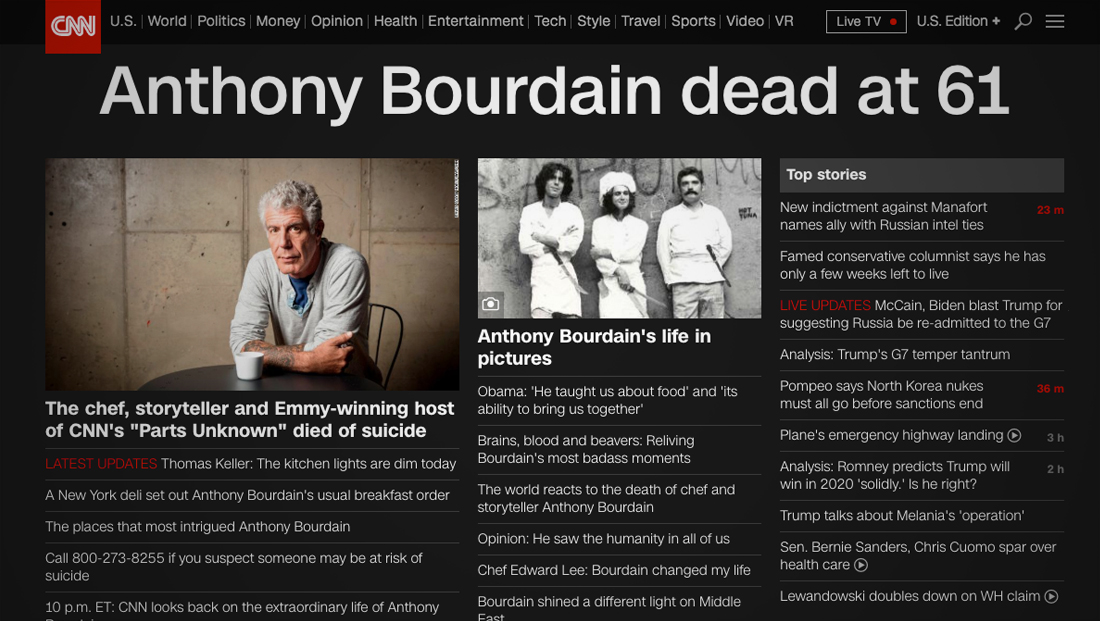 CNN shifted its homepage to a somber black background and devoted much of the above-the-scroll real estate to coverage of the death of Anthony Bourdain, who served as a correspondent for the network.

Bourdain was found dead in his Paris hotel room early Friday, the victim of an apparent suicide.

Although Bourdain was a popular fixture on other networks, CNN was, in many ways, his “home” network — since he hosted the popular “Parts Unknown” for the network.

CNN used a large headline announcing Bourdain’s death, along with an ad for a suicide prevention hotline, along the top of the page. Two of the three columns of the homepage were devoted to a compendium of stories about retrospectives of Bourdain’s career both with CNN and before, including the memorable headline “Brains, blood and beavers: Reliving Anthony Bourdain’s most badass moments.” The network also added a “Remember Anthony Bourdain” strip below the three top columns, featuring video content and offering viewers to share their memories of the host.