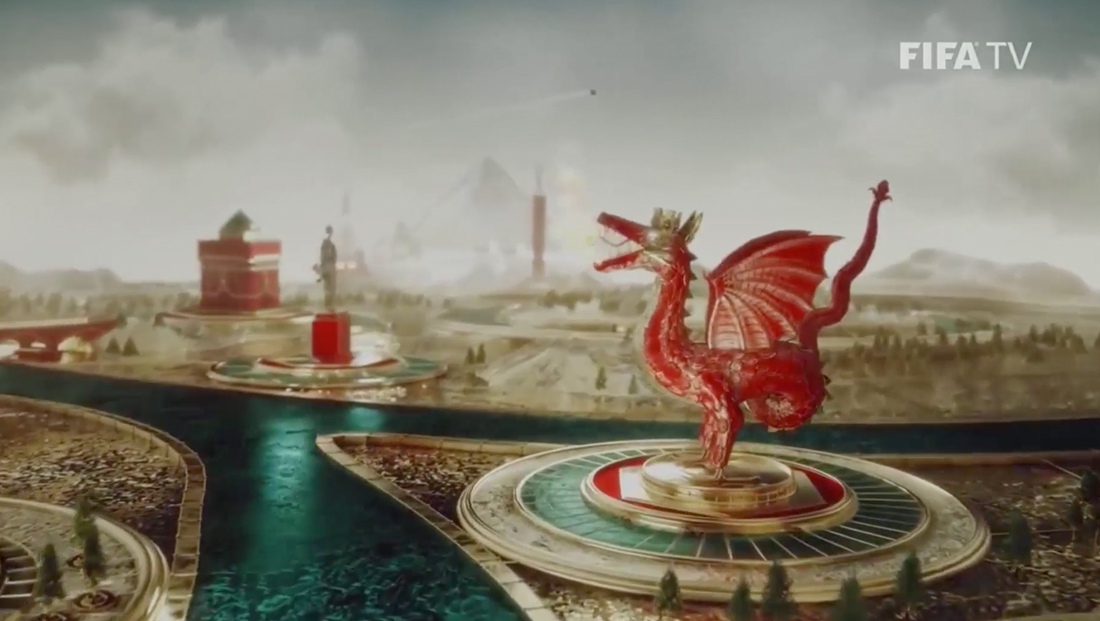 The newly released open for FIFA TV’s coverage of the 2018 FIFA World Cup combines a light and airy, sweeping look with dramatic musical bed and 3D animation that references Russian culture and football.

Football, known as soccer in North America, is featured prominently throughout through the use of animated players on fields at the start as well in a more subtle way — the hexagon pattern found on a football is a common motif and even serves as the base of the centerpiece “tower” in the 3D space. Topped with a glassy cone shape that features a mix of soccer imagery and ringed with flags of competiting nations, the temple-like structure is surrounded by 3D models of various Russian landmarks.

Viewers are treated to sweeping views of these elements, along with an animated version of The Palace Bridge in St. Petersburg, prominent Russian statues, a train and landscape elements.

The camera also flies by a Firebird and Slavic dragon, both of which feature prominently in Russian folklore and mythology, as well as a trio, or troika, of horses and launching rocket.

A glassy ball also zooms past the viewport, another reference to the sport.

Although the animated open features other shades, many of the elements are colorized in either gold or red with a blue-teal hue also featured prominently.

The entire scene eventually zooms out and is revealed as a tiny “landscape” within a single hexagon on a larger 3D soccer ball, which then opens to reveal a gold rendering of the World Cup trophy.