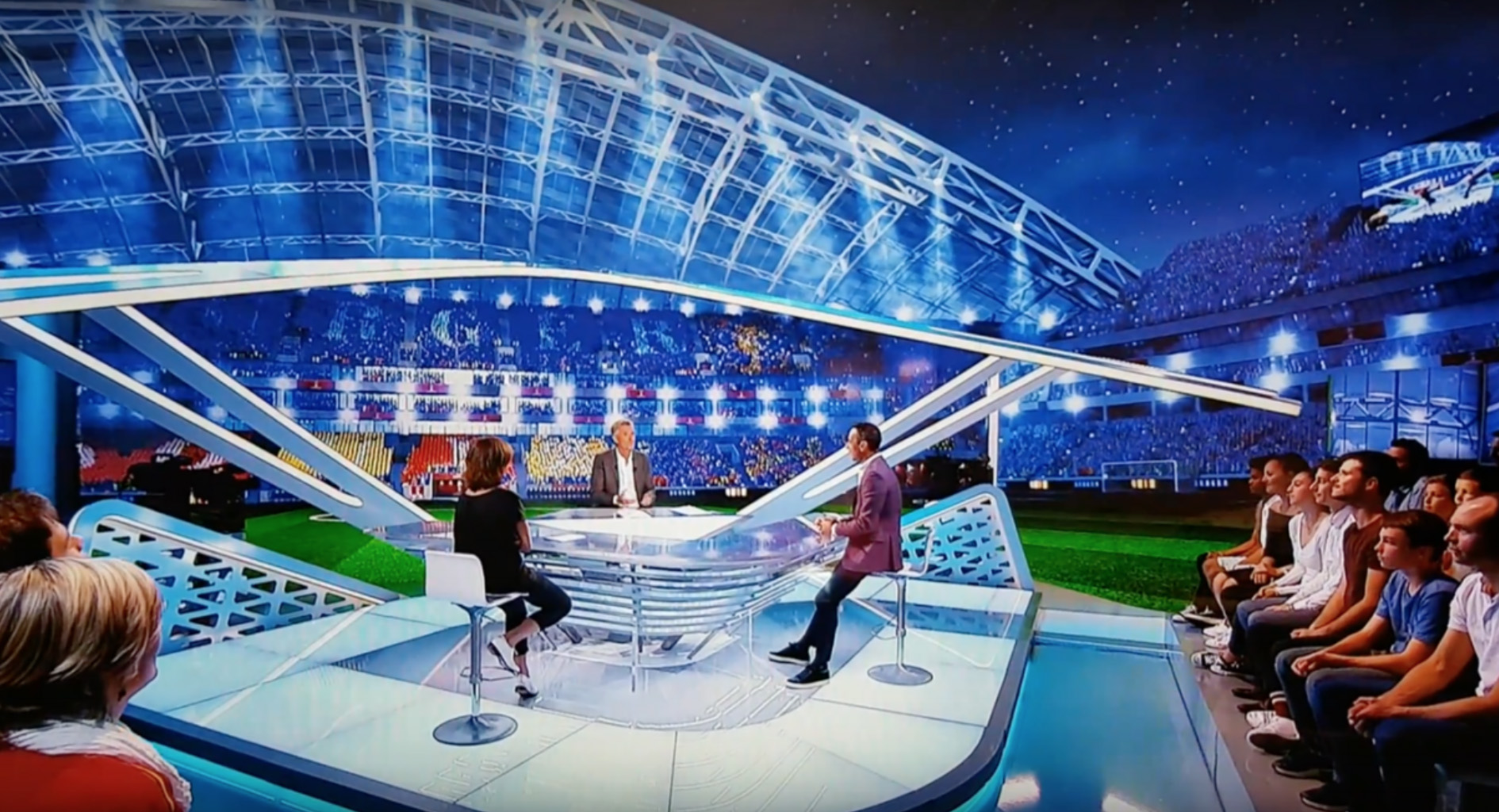 French broadcaster TF1 is utilizing a hybrid set for its 2018 FIFA World Cup coverage, taking viewers inside the Sochi soccer stadium while broadcasting from afar. TF1’s coverage is coming from Paris, France, with the network producing match debriefs and wraparound programming from the set.

Dreamwall notes that two real-time engines are used for the set extension to allow for proper tracking and depth, so that the virtual elements match a crane camera’s movements.

Of course, with matches played on the pitch both in full sun and at night, Dreamwall has created two versions of the stadium complete with various crowd animations depending on how the game is going, creating a “living set.” The presenters can also teleport to the pitch to interact with virtual players.

The virtual graphics and augmented reality are powered by Reality from Zero Density using the Unreal Engine.