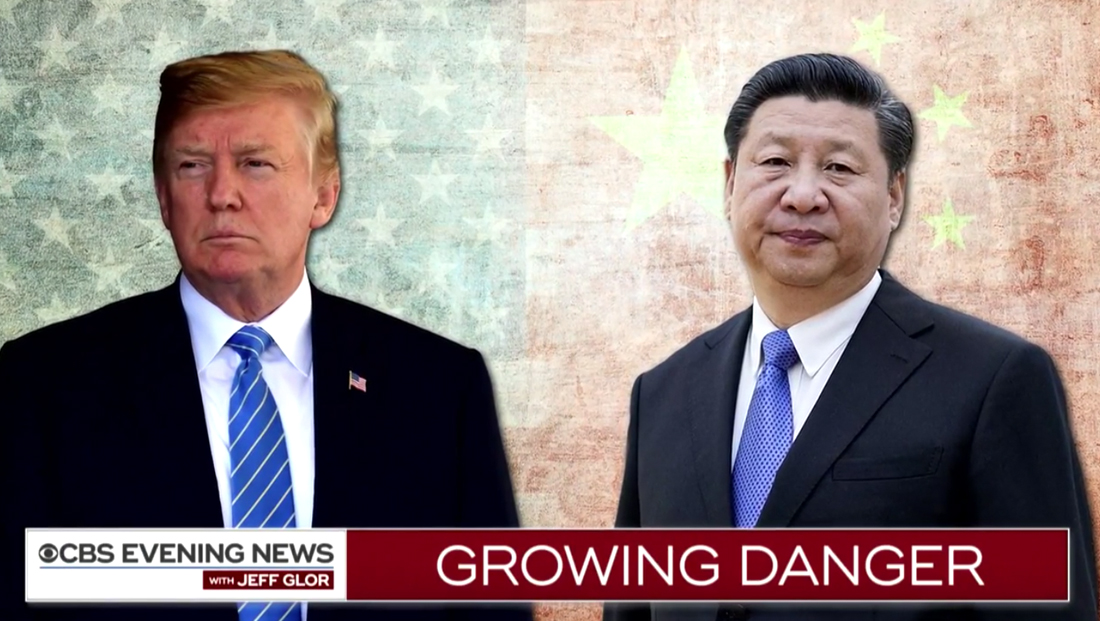 As the newscast kicked off, substitute anchor Bianna Golodryga began a voiceover about the broadcast’s coverage of the Thai soccer team trapped in a cave. 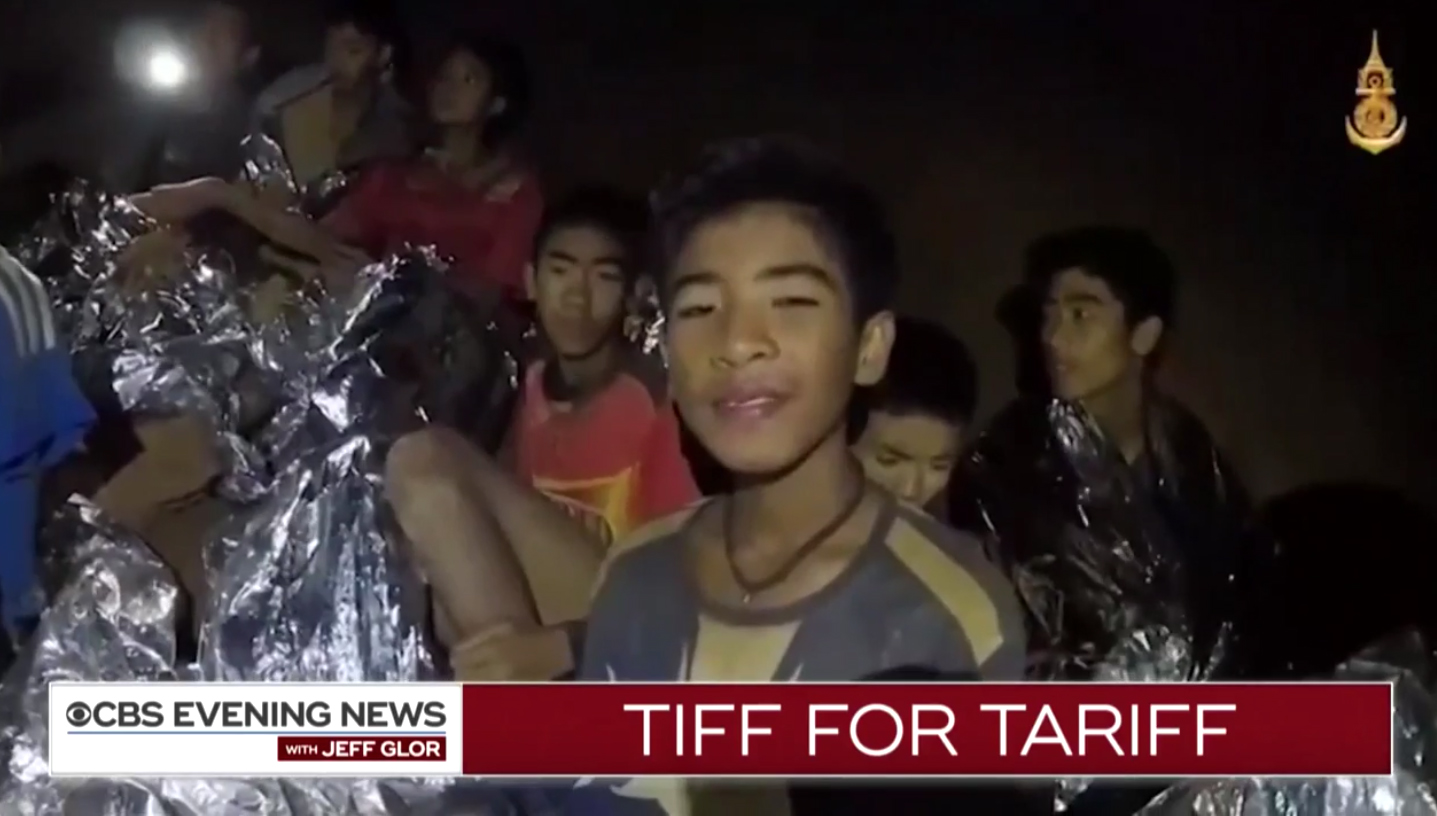 The on screen images matched what she was reading, but the lower third read “Tiff for Tariff” — in reference to the the next story in the tease.

That story, on the trade war between the U.S. and China, also had the right video, but had the lower third “Growing Danger” — in reference to the cave story. 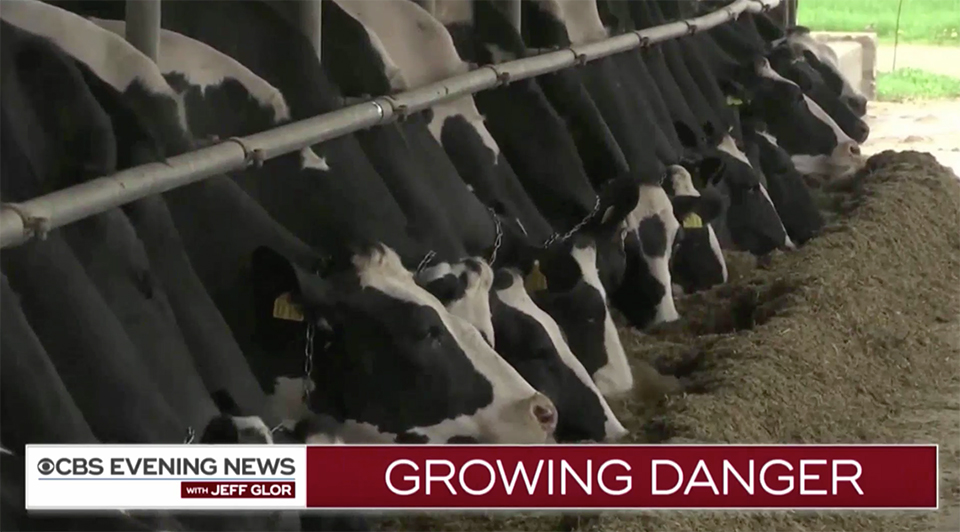 In an entertaining juxtaposition, the “Growing Danger” banner appeared below images of Donald Trump and Chinese President Xi Jinping — as well as video of some peaceful cows enjoying a meal.