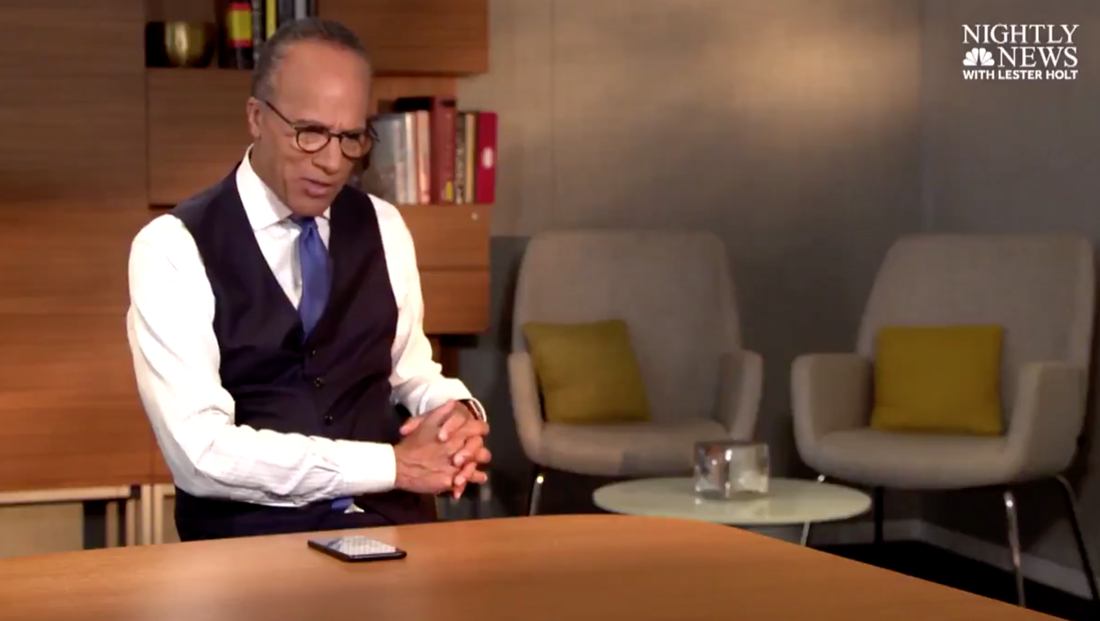 A common challenge with jailhouse interviews is that visitor and camera access can be extremely limited, so it’s not uncommon for the interviews to be done via phone instead.

NBC took the phoner interview up a few notches with “NBC Nightly News” anchor Lester Holt sitting in what appeared to be an artfully lit conference room or office with a smartphone laying on the table in front of him, speaking to Eric Riddick, who has spent 26 years in prison despite his claims of innocence. 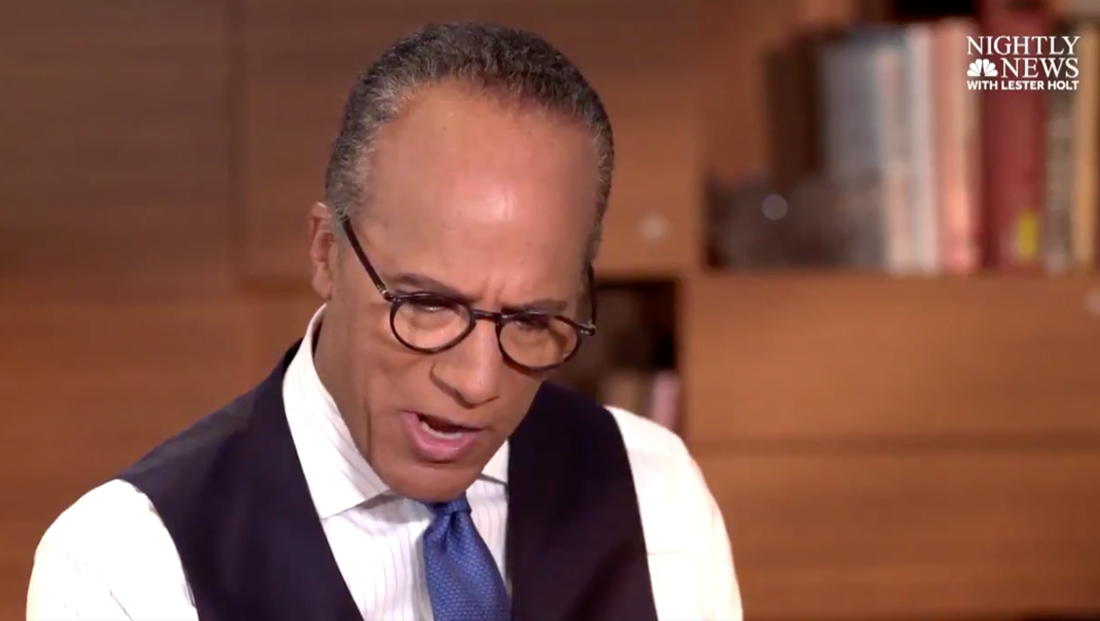 The interview included both wide shots and tight ones with Holt looking down toward the table. 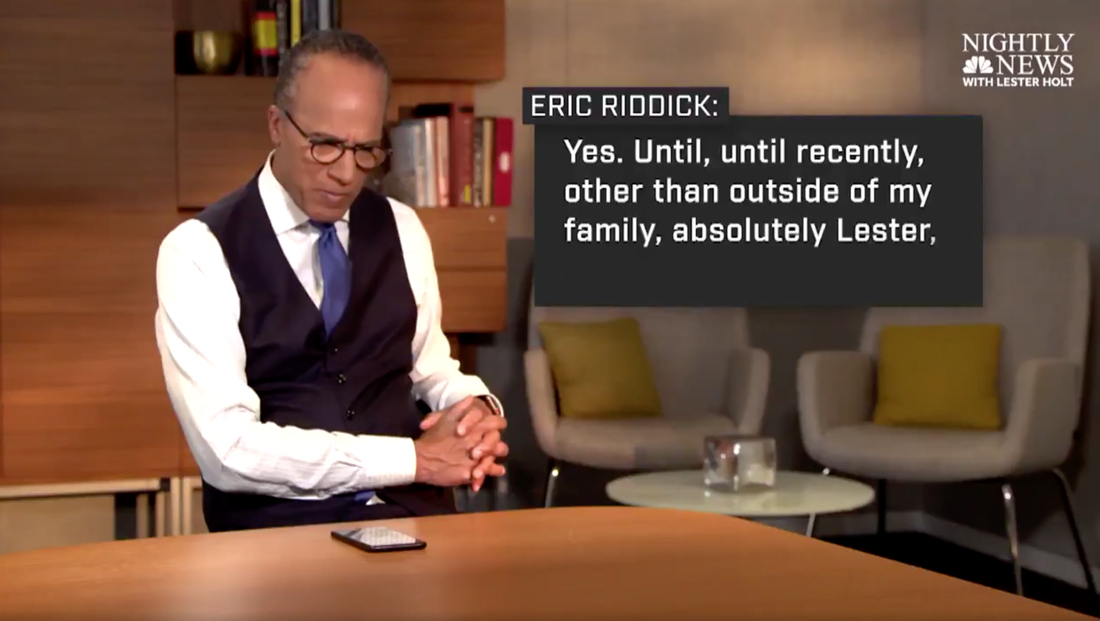 Riddck’s responses were a bit muffled, as is common with phoners, so “Nightly” used the wide shot of the room to insert captions of his responses floating to the right of Holt.

Overall, the effect was a bit reminiscent of reality television shows when the “stars” talk on the phone but the cameras need to pick up both sides of the conversation, making speakerphone the best option.

Thankfully, NBC didn’t make Holt hold the phone upside down with the microphone end near his mouth in the style of the “Real Housewives.”