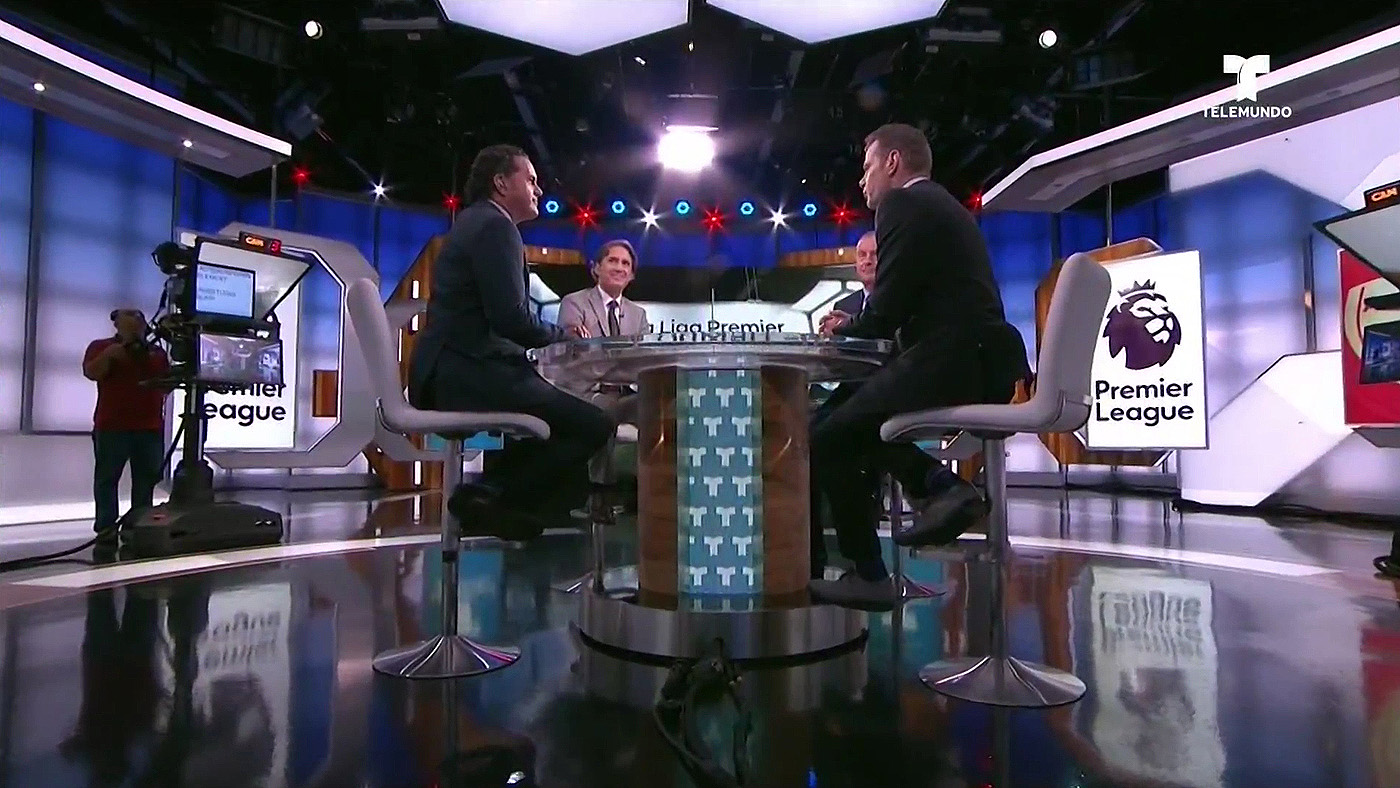 The Premier League returned this week for matchday one of 38 along with Telemundo’s analysis show “La Liga Premier: Tercer Tiempo.”

For the new season of soccer, the show has relocated to Telemundo’s new headquarters in Miami, known as Telemundo Center. The broadcast facility, which opened earlier this year, is home to most of the network’s news and sports production including “Noticias Telemundo,” “Al Rojo Vivo” and “Un Nuevo Día.” 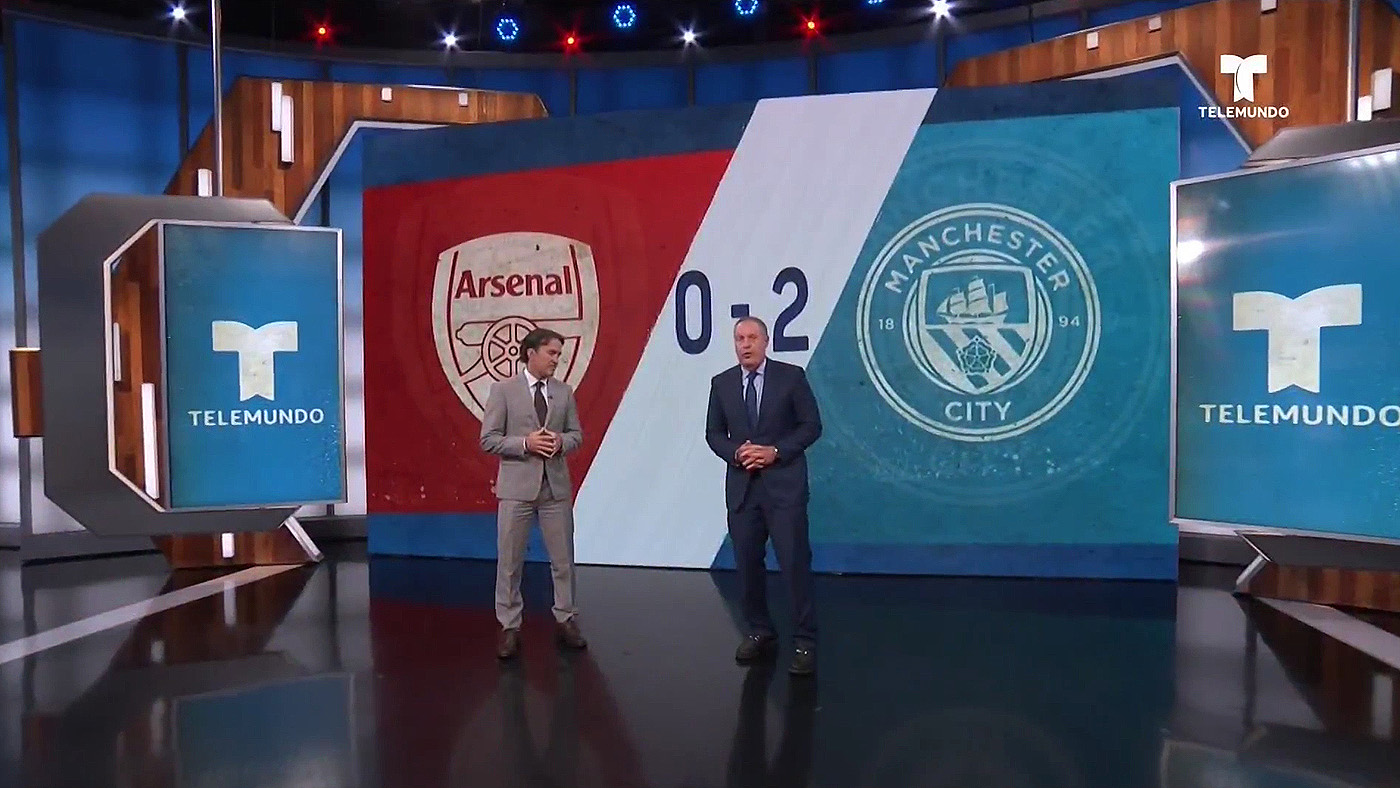 The “La Liga Premier: Tercer Tiempo” studio, known as Studio A at about 6,000 square feet, includes the latest in storytelling technology such as a large LED video wall. 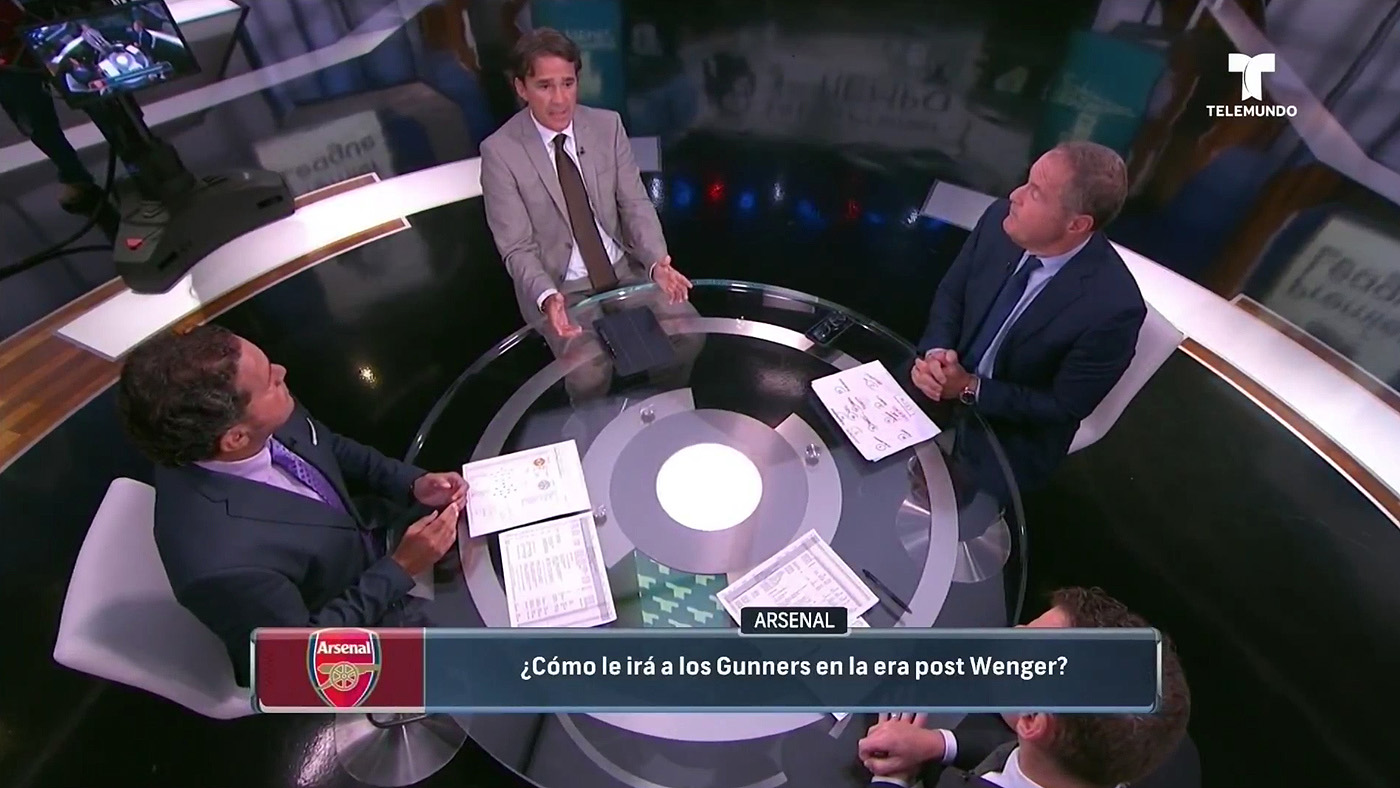 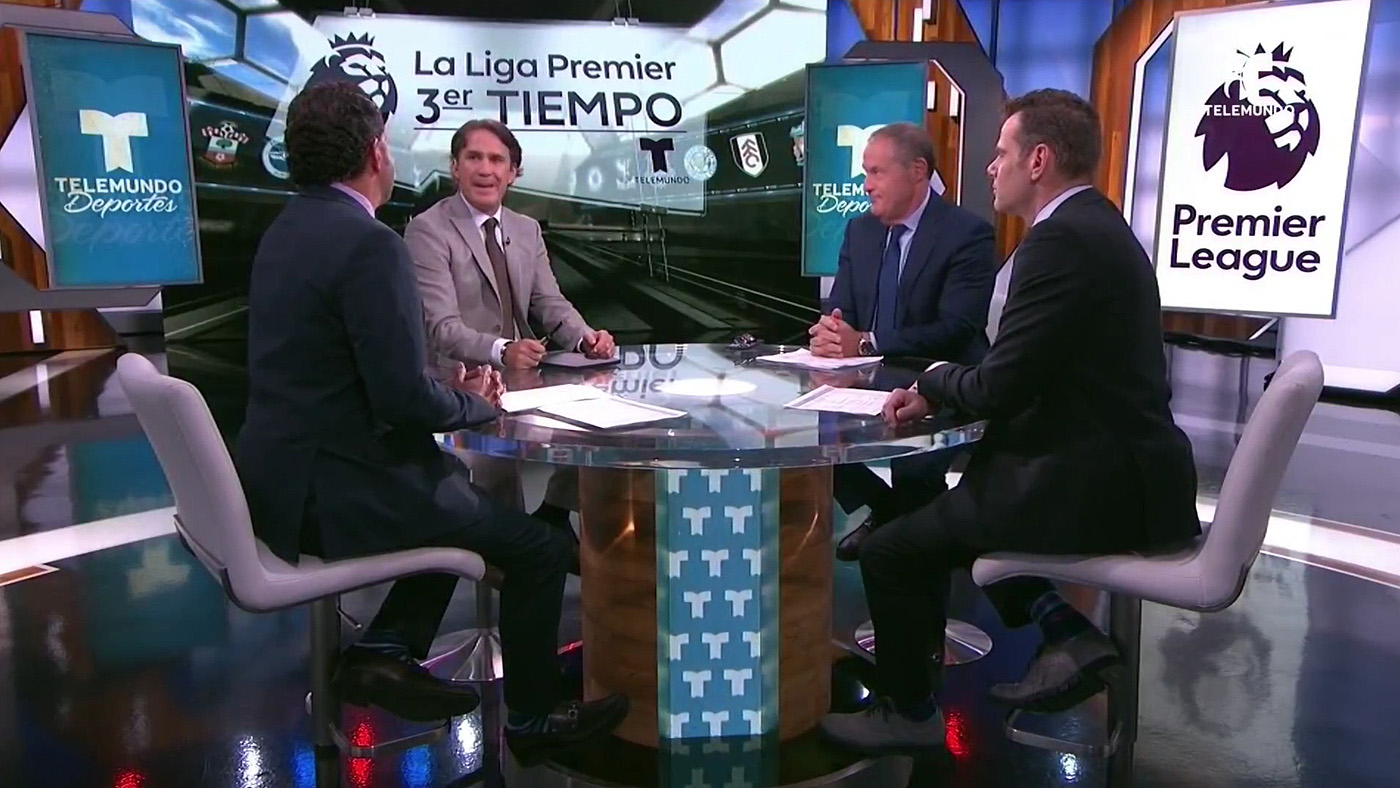 The set design, from Jack Morton Worldwide, originally debuted with the 2014 Summer Olympics and was relocated to the new Telemundo Center with some small updates along with relighting by The Lighting Design Group.