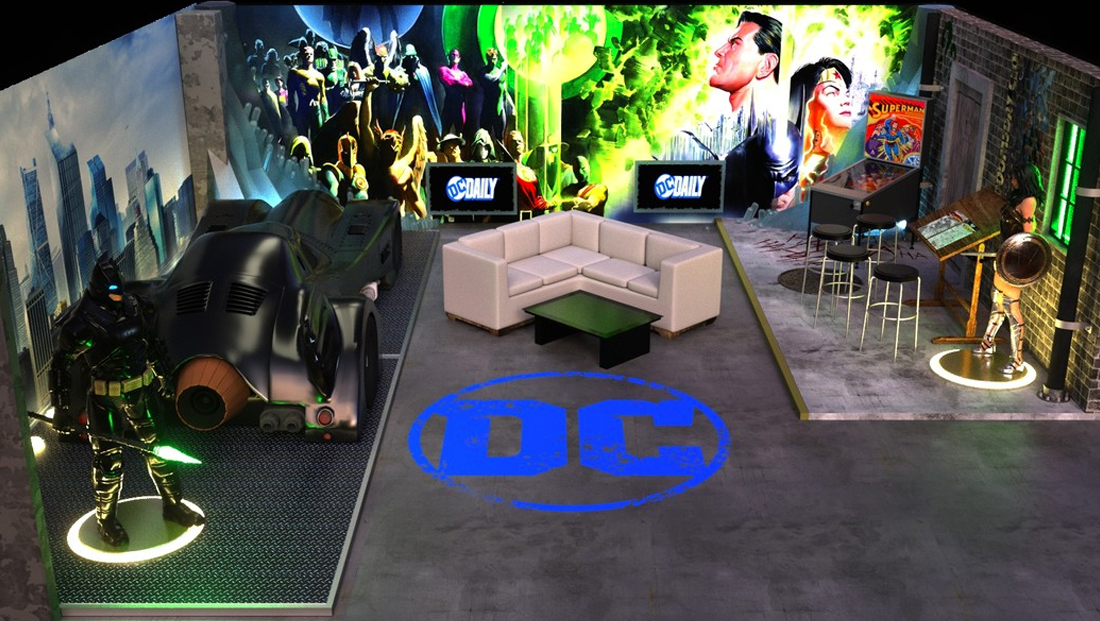 DC Comics is launching a daily news show for its DC Universe subscription service that will originate in a studio designed to be a fan’s paradise.

DC Daily will be filmed and streamed daily from an all-new, dedicated 2,100 square foot set built especially for the show at a Warner Bros. Digital Networks studio location in Burbank, California.

In a rendering provided to NewscastStudio, one of the sets is stocked with numerous references to the iconic characters in the DC universe — including large memorabilia and touches such as DC-branded pinball machine and drafting table.

The “DC Daily” format will include “Headlines,” a rundown of daily news briefs, “Reports,” a single-topic segment that may feature an in-depth interview or deep dive into an upcoming book, film or series; and “Talk,” a panel discussion including in-depth analysis about today’s hottest topics and news, which will be exclusively available only to DC Universe members via the subscription service.

Select content from the show will also be available for free by non-subscribers.