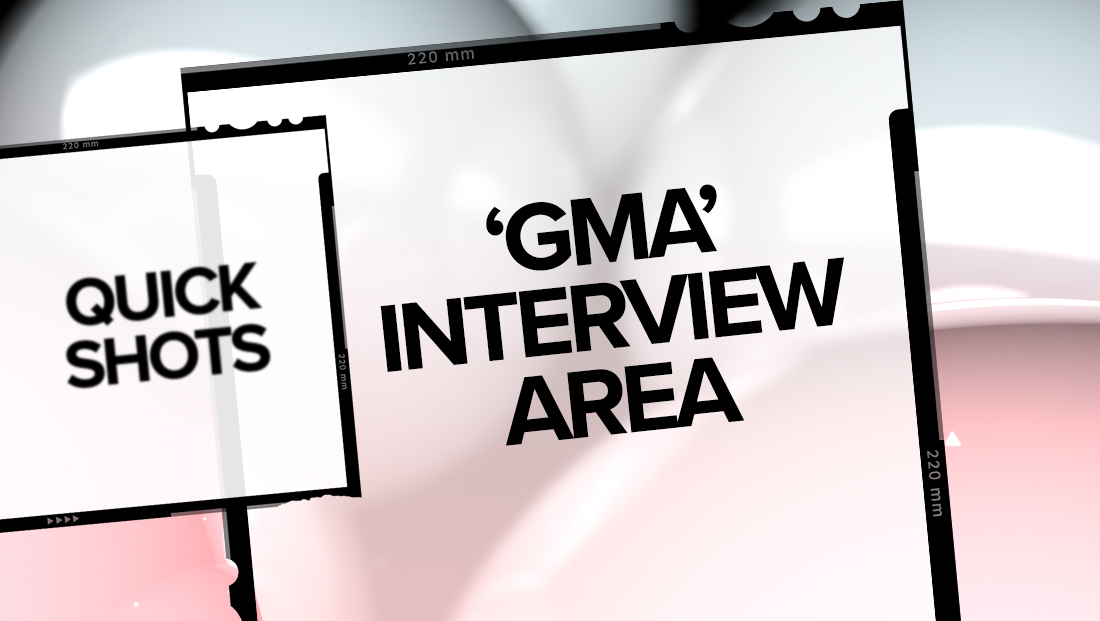 The setup, which was used on Tuesday, Sept. 4, 2018’s edition, uses the corner of the broadcast’s Times Square studios where two video walls meet at a right angle. 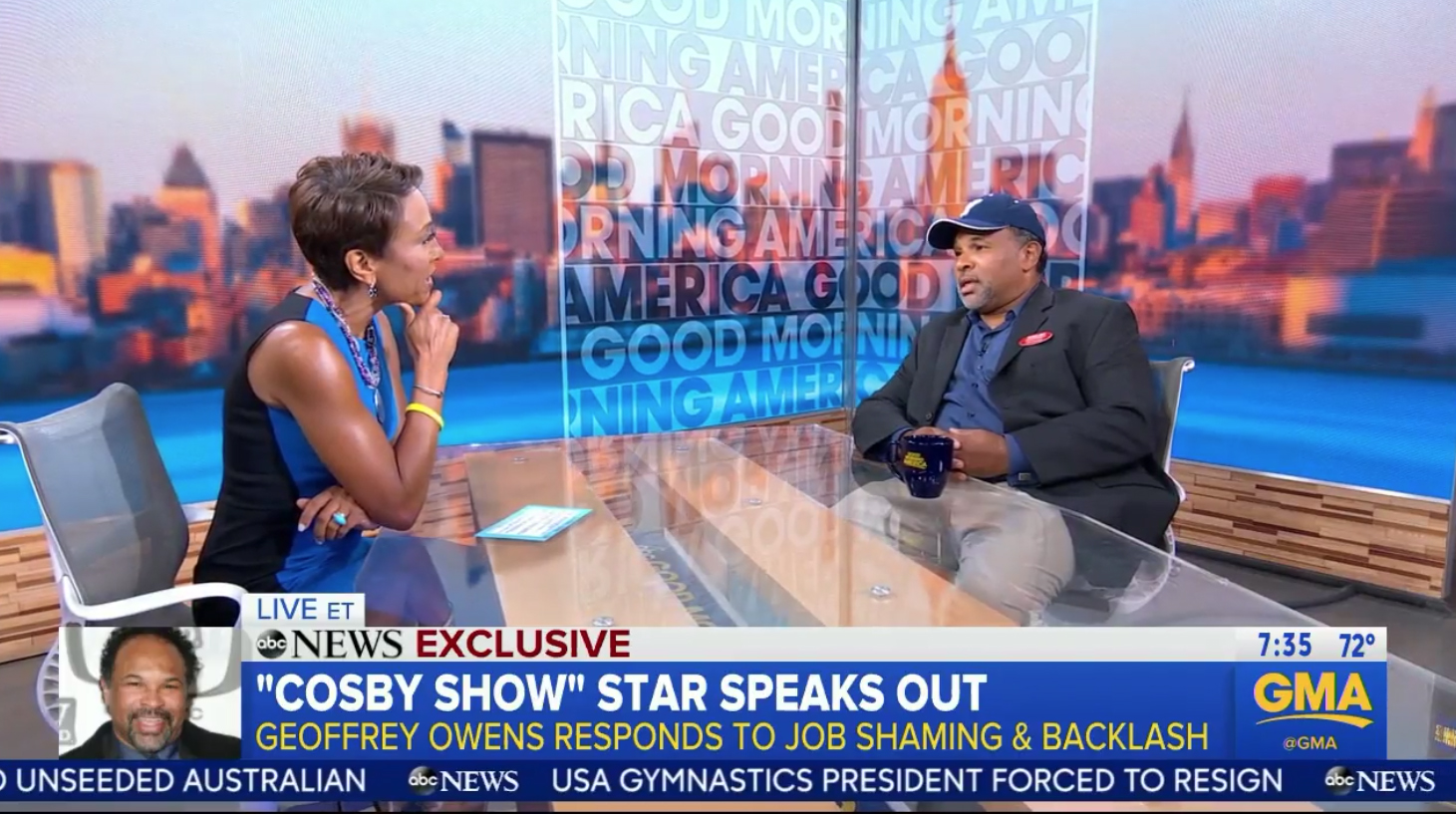 For the interview with former “Cosby Show” Geoffrey Owens star, the show used a blurred New York City skyline with a red, orange blue glow, while Owens and anchor Robin Roberts sat opposite each other on either side of a glass-topped table. 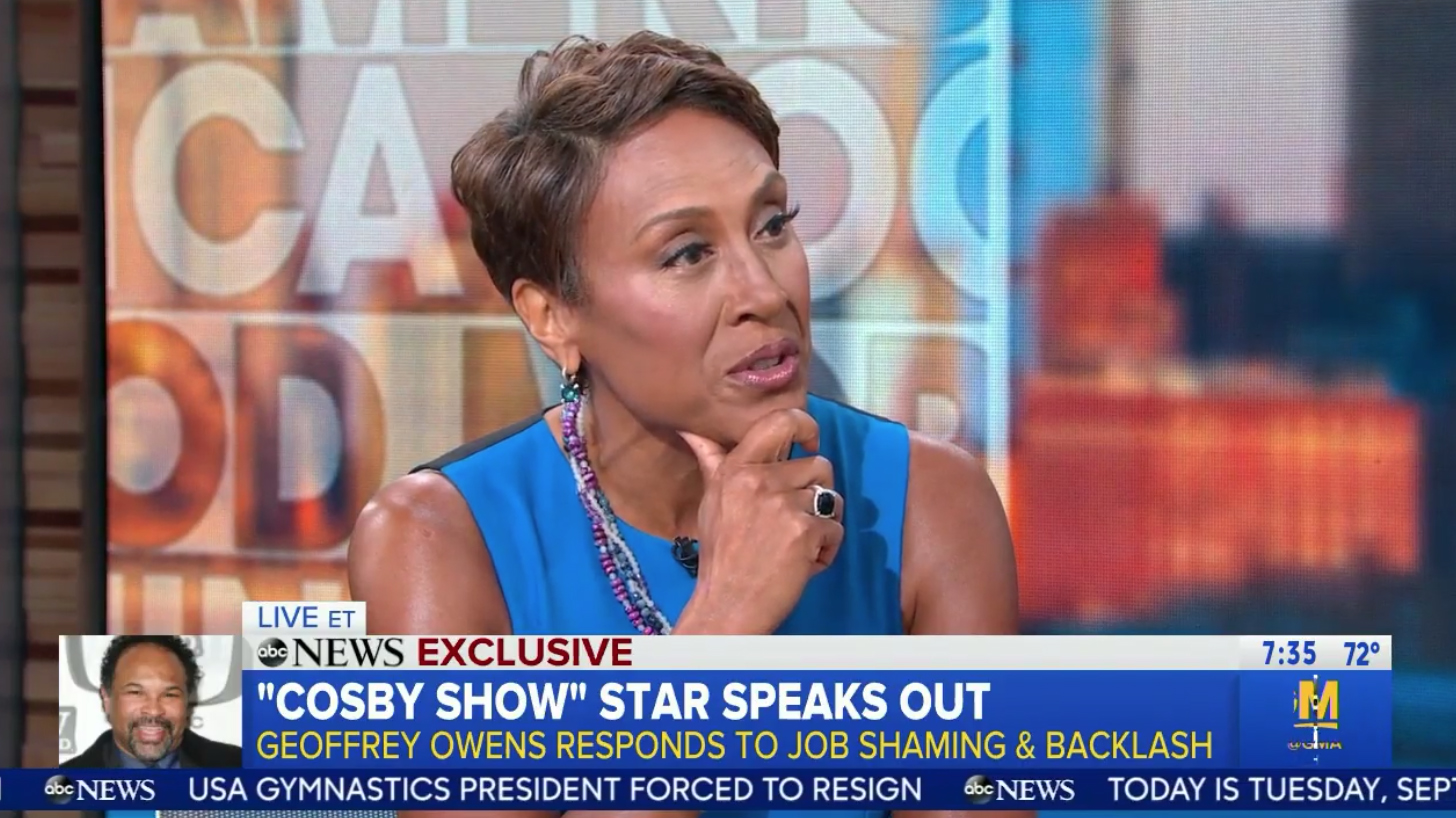 Repeating “Good Morning America” typographic panels in the corner and left side of the design break up the look. 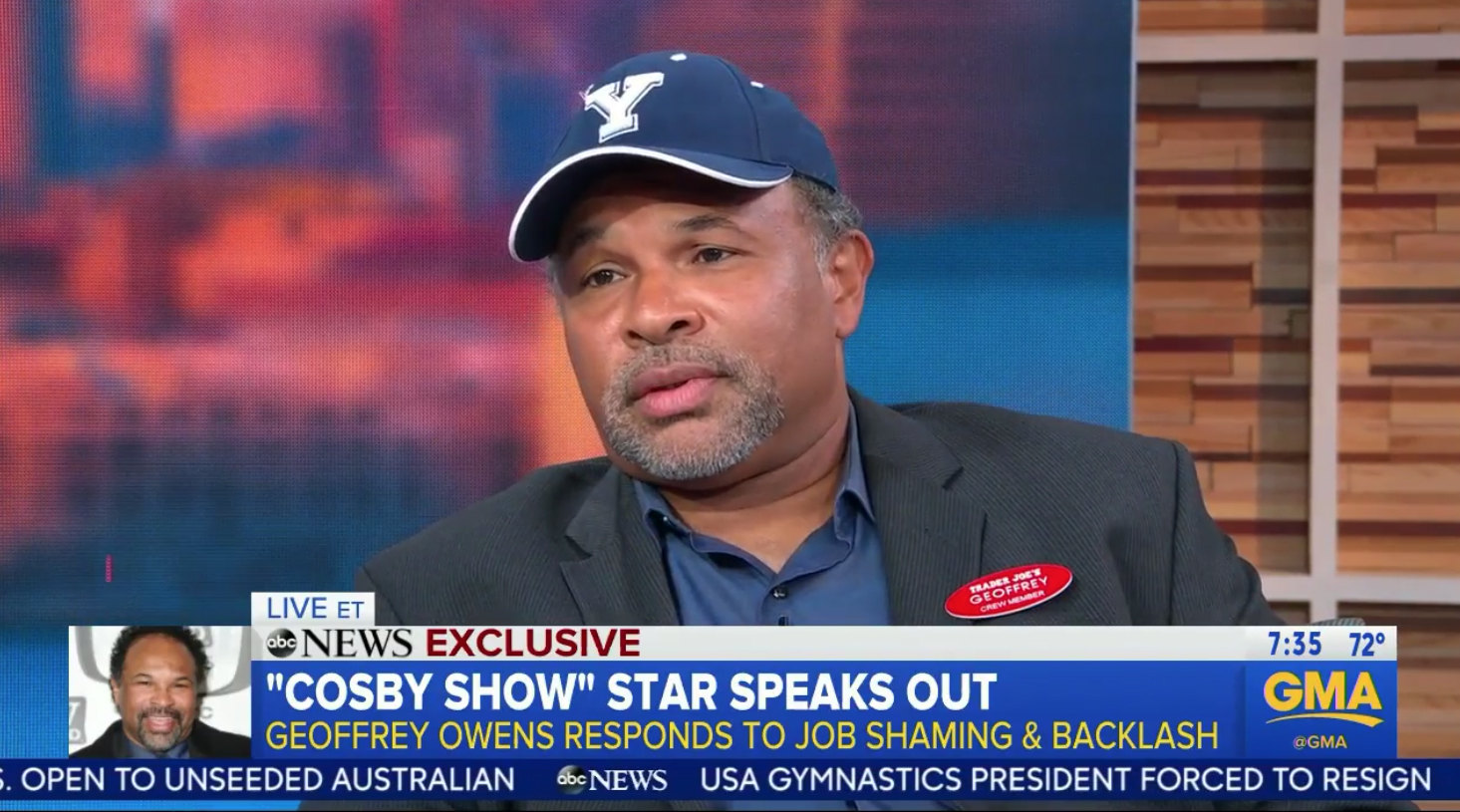