CNN virtually walks through the SCOTUS process in 60 seconds 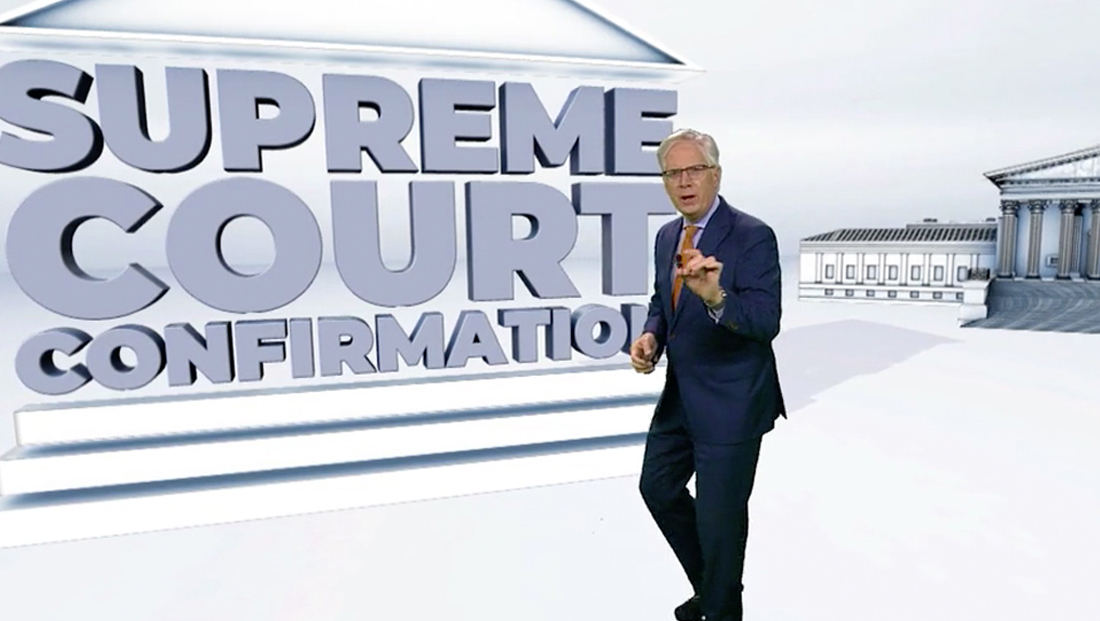 CNN’s Tom Foreman used a virtual experience to give a quick explainer video on how someone becomes a Supreme Court Justice.

The segment starts with Foreman standing in a mostly white and steely blue scene with a large 3D “Supreme Court Confirmation” that looks oddly like the HGTV logo parked to the left and an image of the Supreme Court Building far in the background.

Next up a map in a similar color scheme with red accents is shown. 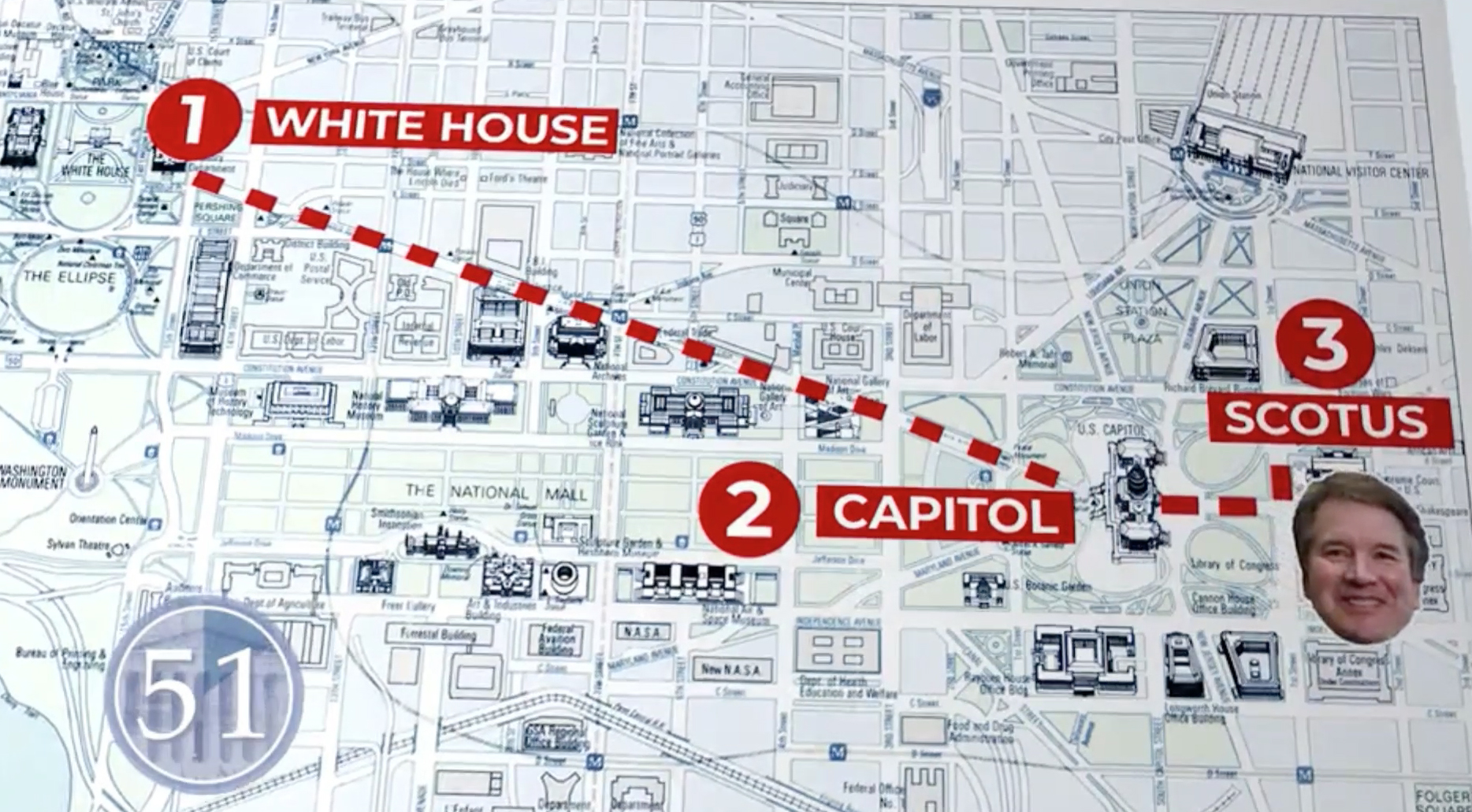 Foreman than comes back on screen in front of simplified 3D elements and cutouts of the Committee on Judiciary behind him — and virtual file cabinets and file boxes appearing around him. 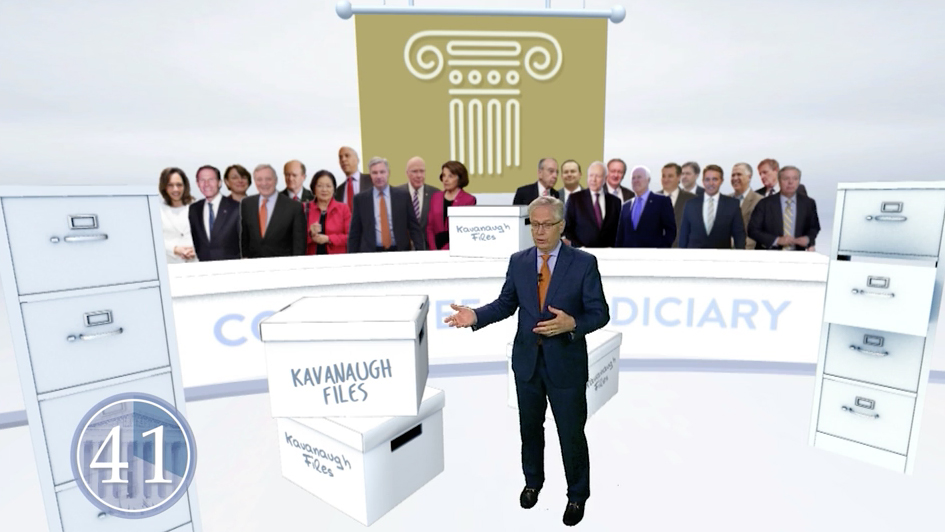 Next, Foreman appears next to a virtual Brett Kavanaugh, who is standing on the a plinth in front of a 3D SCOTUS building as a robe “drops” on him. 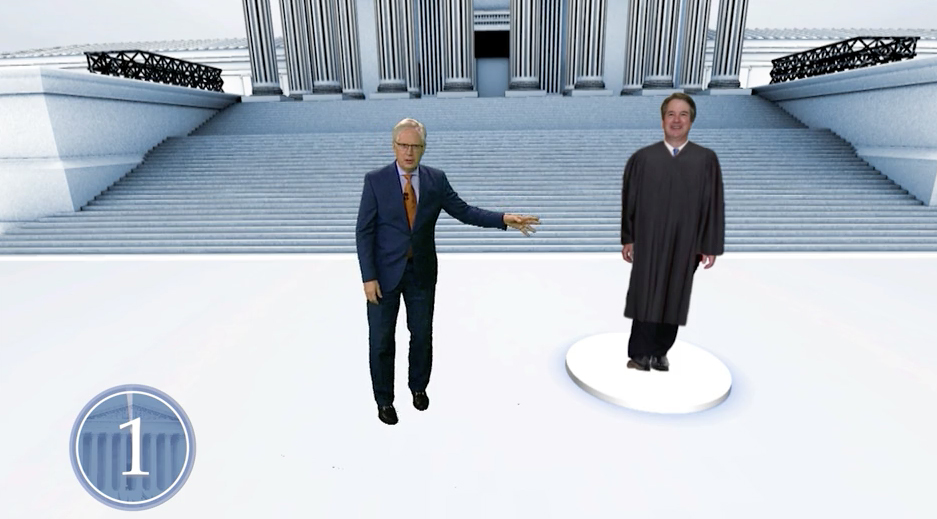 Throughout the entire segment, additional shots from D.C. were included, as well as a circular “countdown timer” in the corner to go along with the “60 seconds” theme.