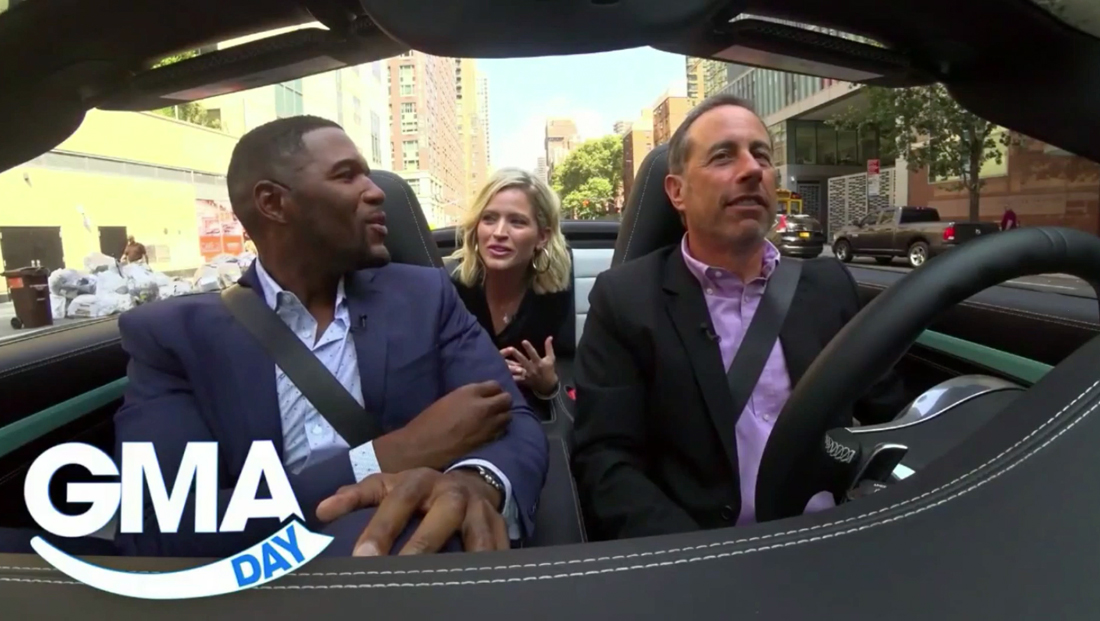 “GMA Day” hosts Michael Strahan and Sara Haines got a ride to the ABC studios thanks to Jerry Seinfeld.

The gag was that Seinfeld thought Strahan was riding along for his “Comedians in Cars Getting Coffee” series — before Strahan broke the news that he just “needed a ride” to the “GMA Day” studio.

Haines then popped up from the back seat, while the two debate whether or not they should get coffee with Seinfeld — and poke fun at his turquoise car.

In a bit of irony, at one point Seinfeld incorrectly referred to the show as “GMA Today,” — which could be confused with NBC’s “Today” brand.