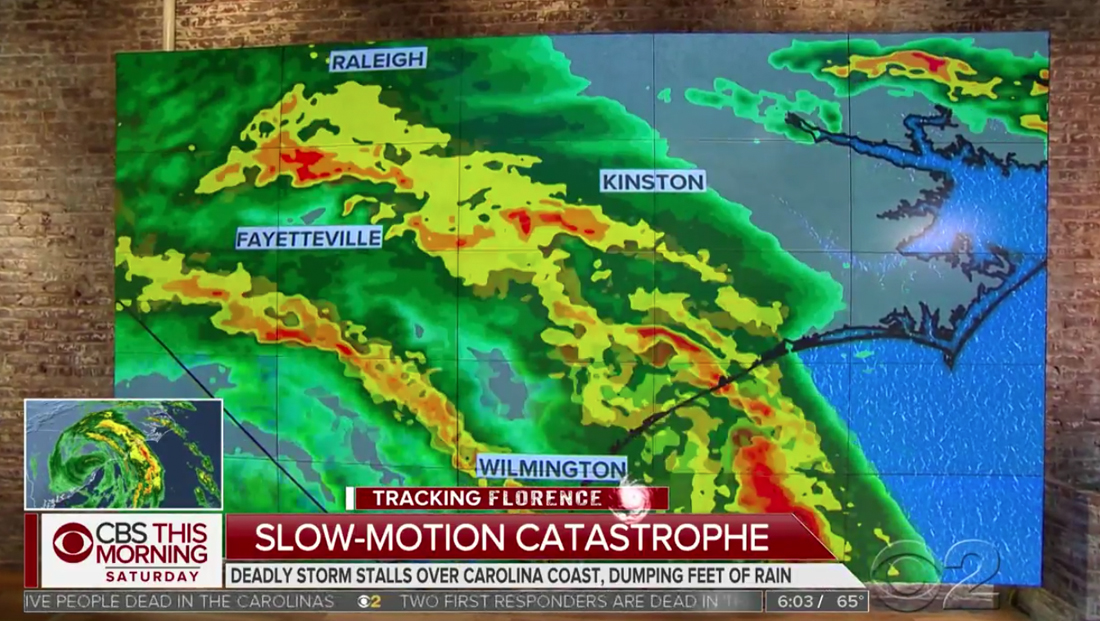 With the storm formerly known as Hurricane Florence now downgraded to a tropical storm, but still in the national spotlight, the networks have changed over to alternate branding for coverage.

Now that #HurricaneFlorence is, well, no longer a hurricane, @NBCNews has switched to "The Fury of Florence" branding for "#TodayShow' pic.twitter.com/VQY0rpVLIW

NBC News is using the alliterative “The Fury of Florence” with the words “The Fury of” replacing the word “Hurricane” in its normal hurricane branding logotype.

Both ABC and CBS are using a variation of “Tracking Florence,” with ABC differing that it has kept the “State of Emergency” subtitle it used when the storm was still a hurricane for “Good Morning America.”

.@CBSNews has switched to "Tracking Florence" branding on '#CBSThisMorning' pic.twitter.com/1VgD93wD4o

Meanwhile, CNN is using a mix of its hurricane themed graphics package — with the “Hurricane Headquarters” references removed and its normal breaking news look. 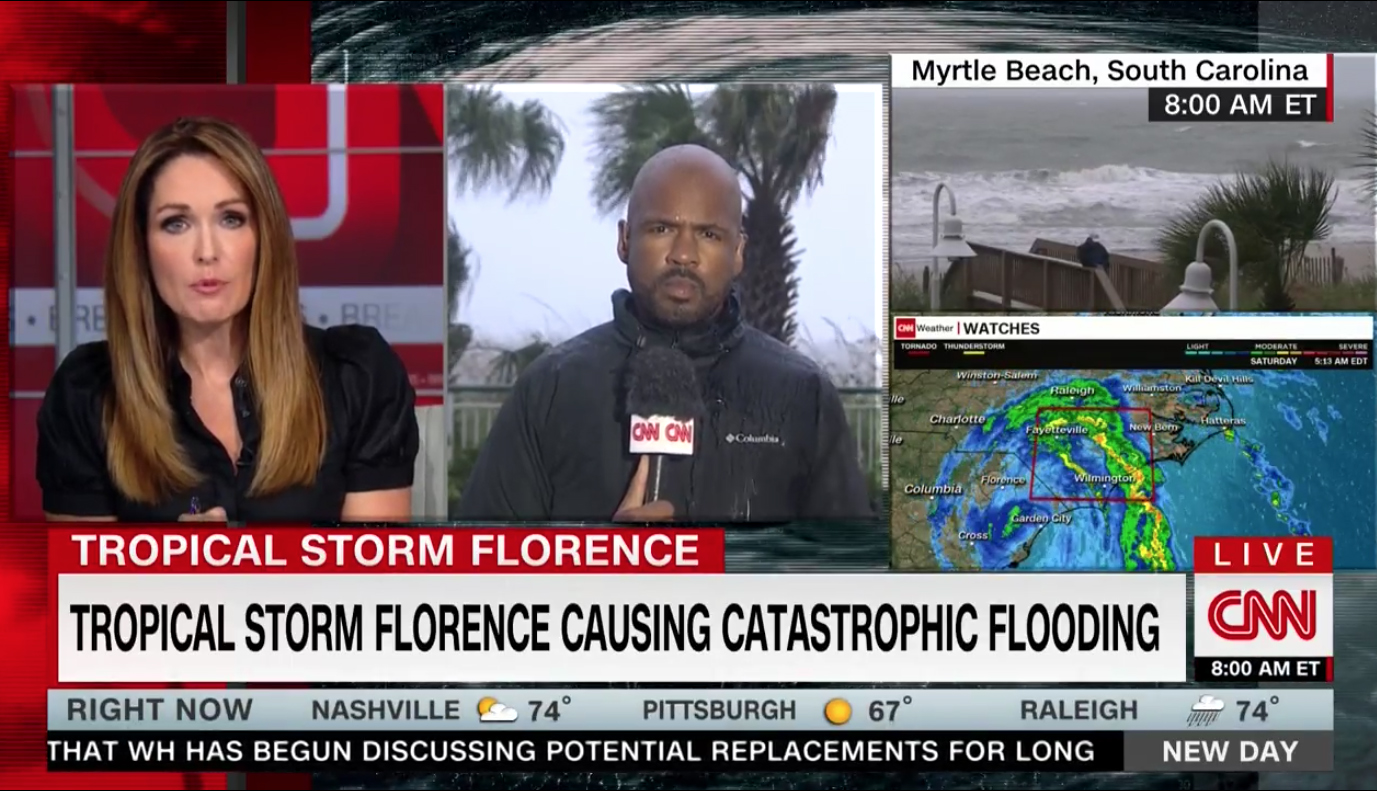 Fox has opted to mostly reference the storm as “Tropical Storm Florence” in its normal lower third insert graphics, though it has retained a storm status “sliver.” 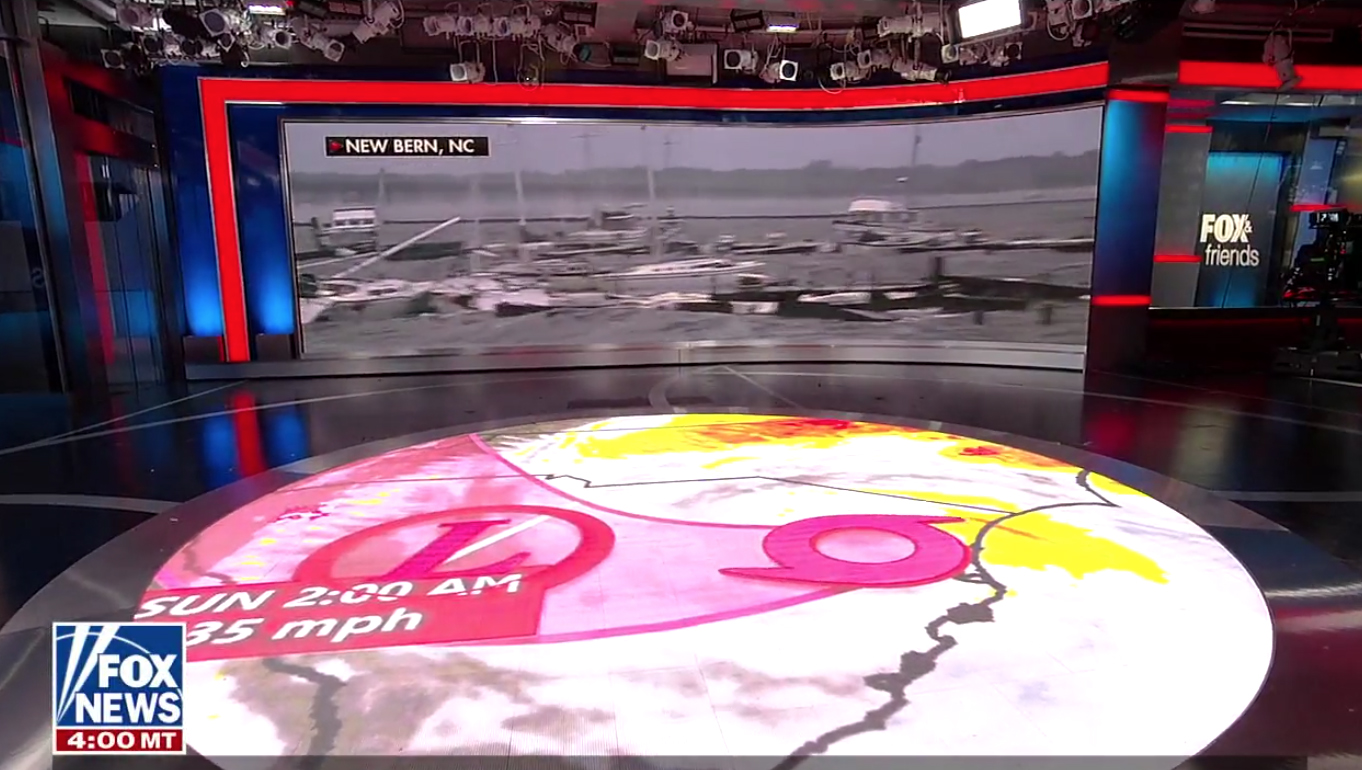