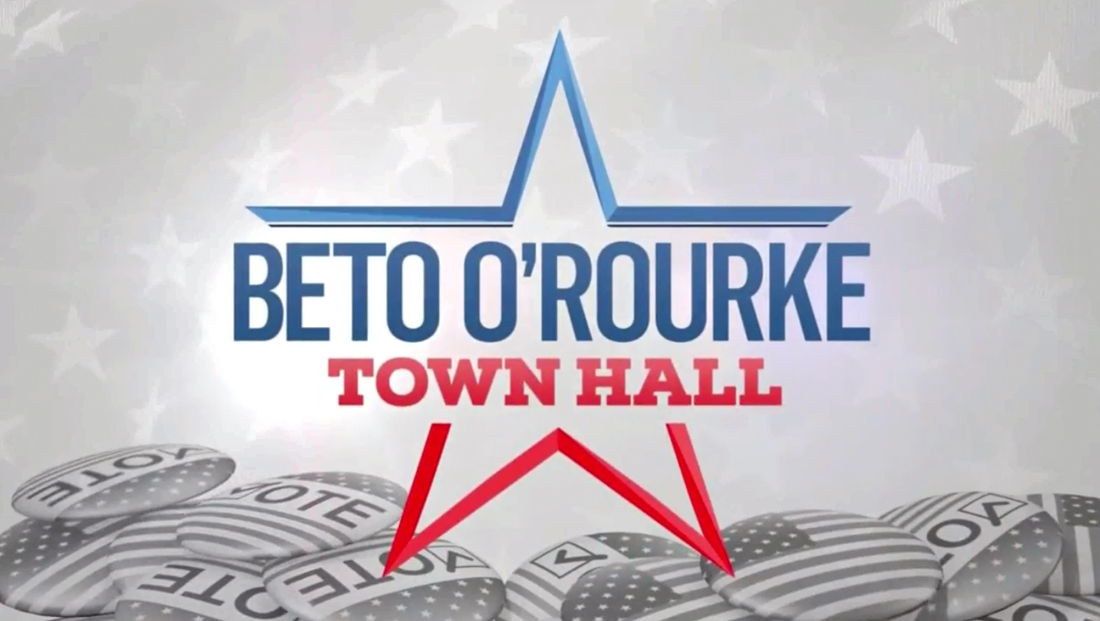 After an extended open featuring shots of O’Rourke, Donald Trump and Ted Cruz, including ones with a filter applied, the “College Tour” banner-style logo with the “Hardball” logo appeared on screen above an extruded map of the U.S. centered above Texas.

The show also took NBC’s “The Vote” logo and added O’Rourke’s name and the word ‘Town Hall’ below in a thick serif typeface.

It’s also worth noting that the end of the open uses NBC’s signature fanfare-style election theme music from Michael Karp.