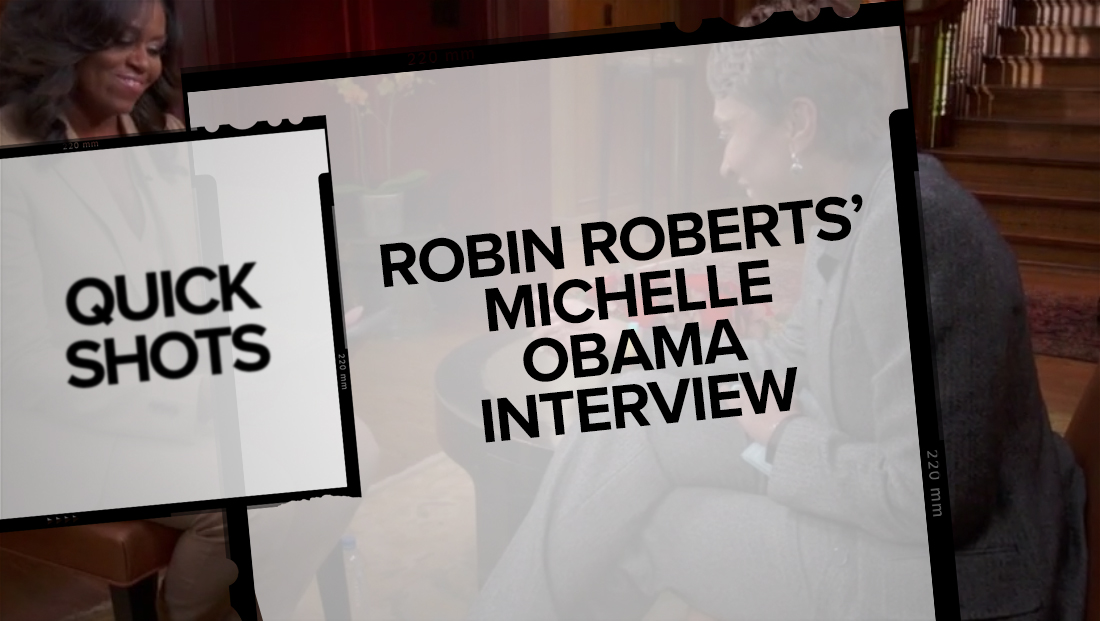 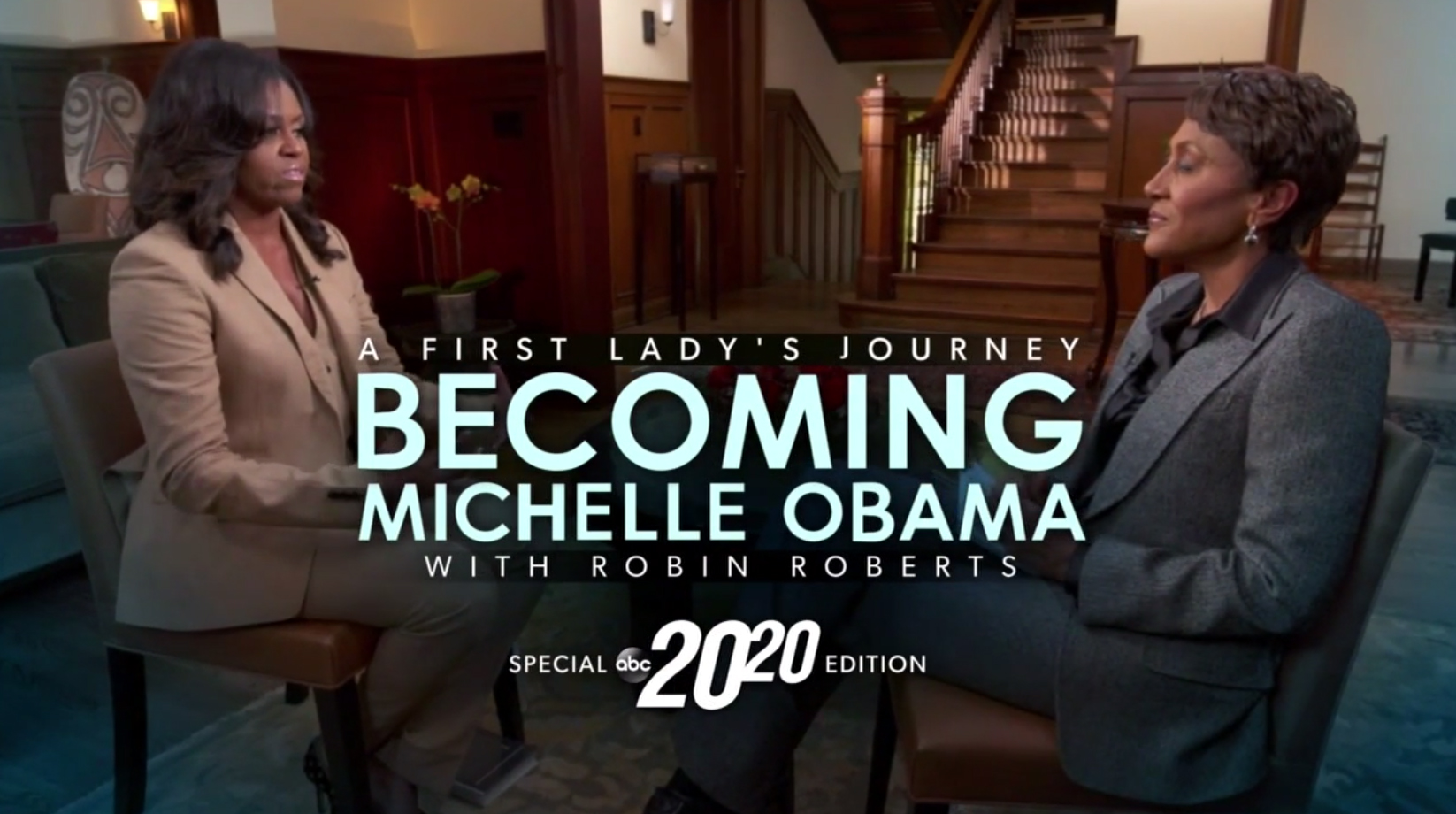 The network used the title “A First Lady’s Journey: Becoming Michelle Obama” and created a logotype that used varying letter sizes and spacing to “square off” the text — with the exception of “with Robin Roberts” under it, which was indented on both sides.