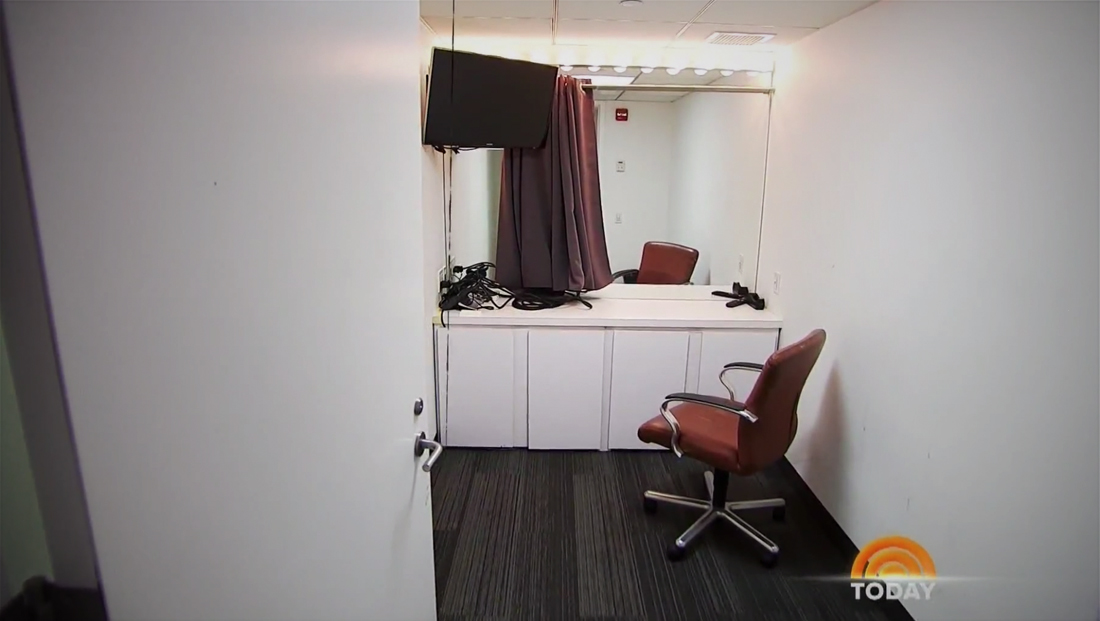 Apparently embarrassed after seeing the fancy “The Tonight Show Starring Jimmy Fallon” green rooms, the fourth hour of Today, hosted by Kathie Lee Gifford and Hoda Kotb, set out to redecorate one of theirs.

In a classic case of corporate synergy, whose else did the show decide to call on but former Bravo “Queer Eye for the Straight Guy” co-hosts Carson Kressley and Thom Filicia, who have returned to the NBCUniversal owned cable network with a new home design show — “Get a Room.”

The show started by showing the bland and dated green room slash dressing room, which is one of several the show has clustered open area that serves as a sort of “common” green room that, while relatively simple sporting an oversized “Today” size art installation, still looks better than the room in question — which Gifford claimed was her original dressing room.

Although the room Kressley and Filicia redesigned has some of the basics of most green rooms — seating, counterspace, a mirror and television screen, it is missing some of the elements found more comprehensive green rooms — such as a food and beverage service area (that’s out in the “common” area).

So, in some sense, the project really involved redesigned a dressing room that’s part of a green room “complex.”

But some say green room, some say Orange Room.

See photos of the after on the next page.