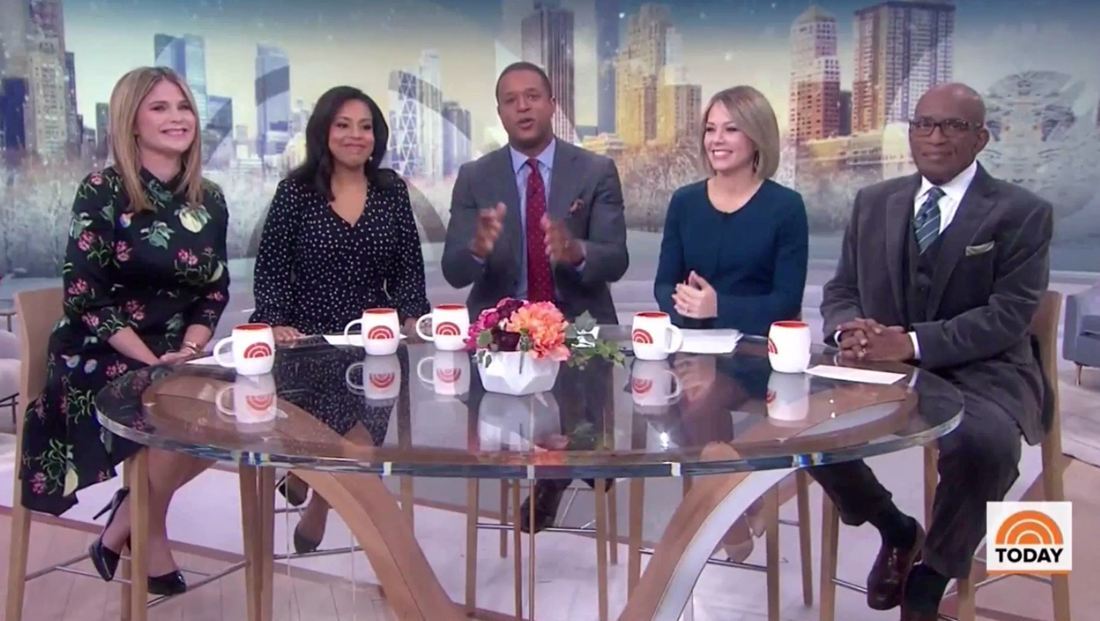 In addition to debuting new graphics, the third hour of NBC News‘ “Today” franchise came back home in a way on Monday, Jan. 7, 2019’s show.

The show, with the unimaginative name “Today Third Hour,” replaced “Megyn Kelly Today,” which NBC canceled in October after the show’s namesake made controversial comments about blackface.

The show had been using the old home of “Megyn Kelly Today,” Studio 6A, since the cancellation of her show, but announced plans late in 2018 to move production back to Studio 1A come 2019.

Although the show continued to use 6A last week, the first full week of the new year started with a new, updated open and new set.

In addition to switching out blue in favor of orange, the announce added the line “live from Studio 1A in Rockefeller Plaza.”

Other changes in the open included an image of Rockefeller Center signage and a switch to more glassy effects.

After the open, the show started from in front of the 40-foot curved video wall NBC installed in February 2018.

The five co-hosts were seated around what appeared to be the same table used in 6A, with the video wall showcasing a similar version of the snowy landscape with oversized “Today” logotype the show used while upstairs.

The similarities in the look were noted by Dylan Dryer, while Al Roker expressed relief on air that they no longer needed to run across the street and up elevators in between shows. 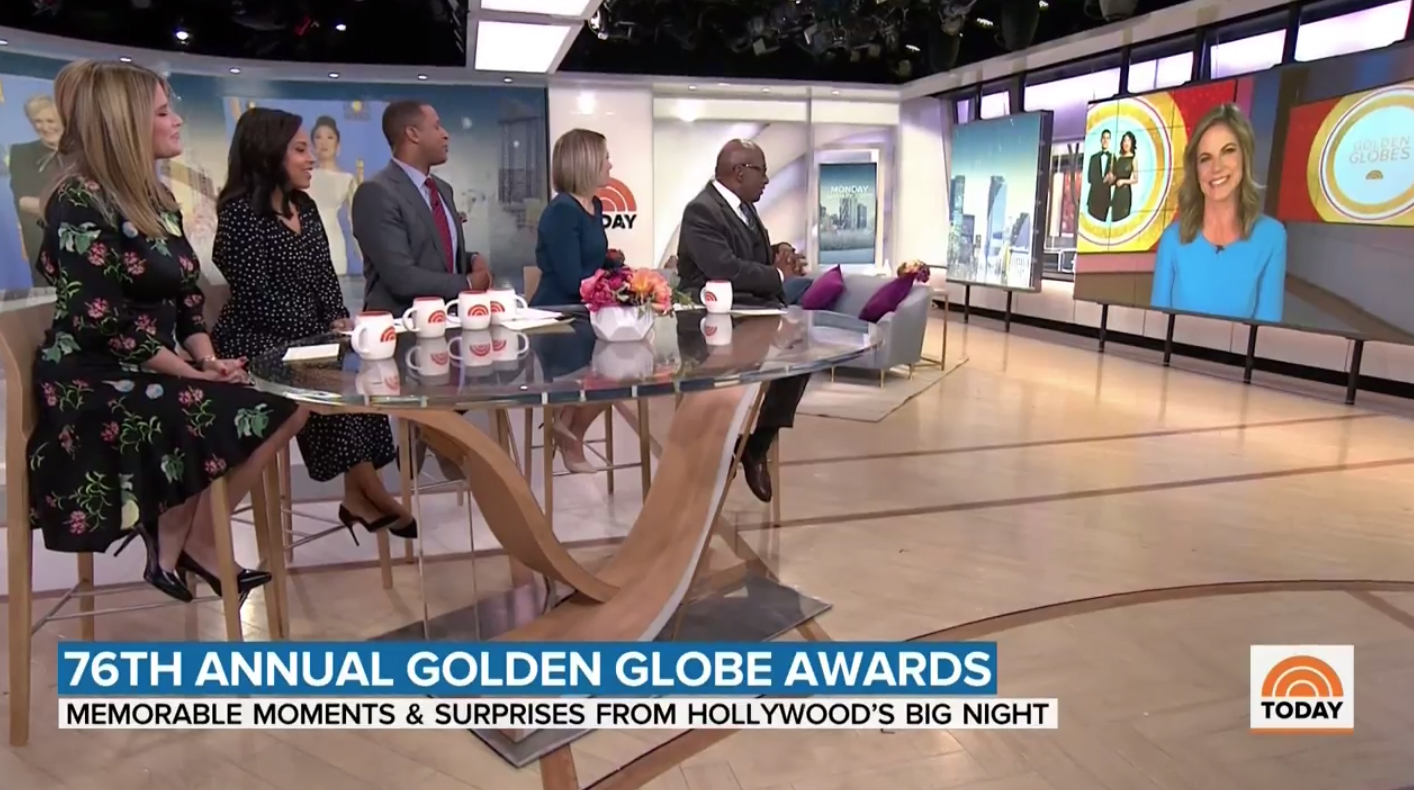 ‘Today Third Hour’ used the sliding video panels in Studio 1A’s ‘production area’ to toss to a live report on the Golden Globes from ‘Access’ and west coast anchor Natalie Morales in Los Angeles. This shot also showed that a sofa had been moved into one corner of the studio, with one of the studios wild vertical monitors displaying a snowy winterscape graphic with the date. 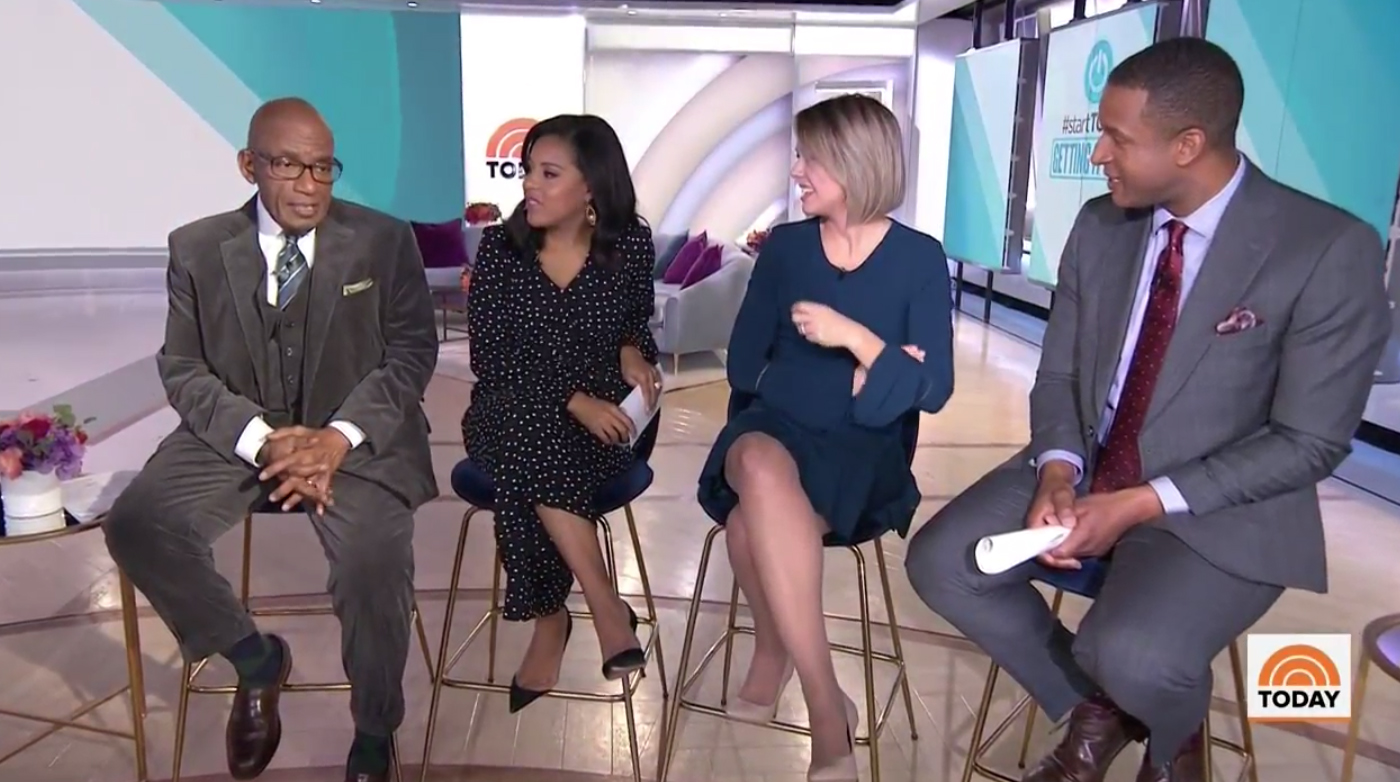 Another segment used the area roughly to the left of the main ‘Today’ anchor desk, with both video walls showing topical graphics, with some host oddly lit. 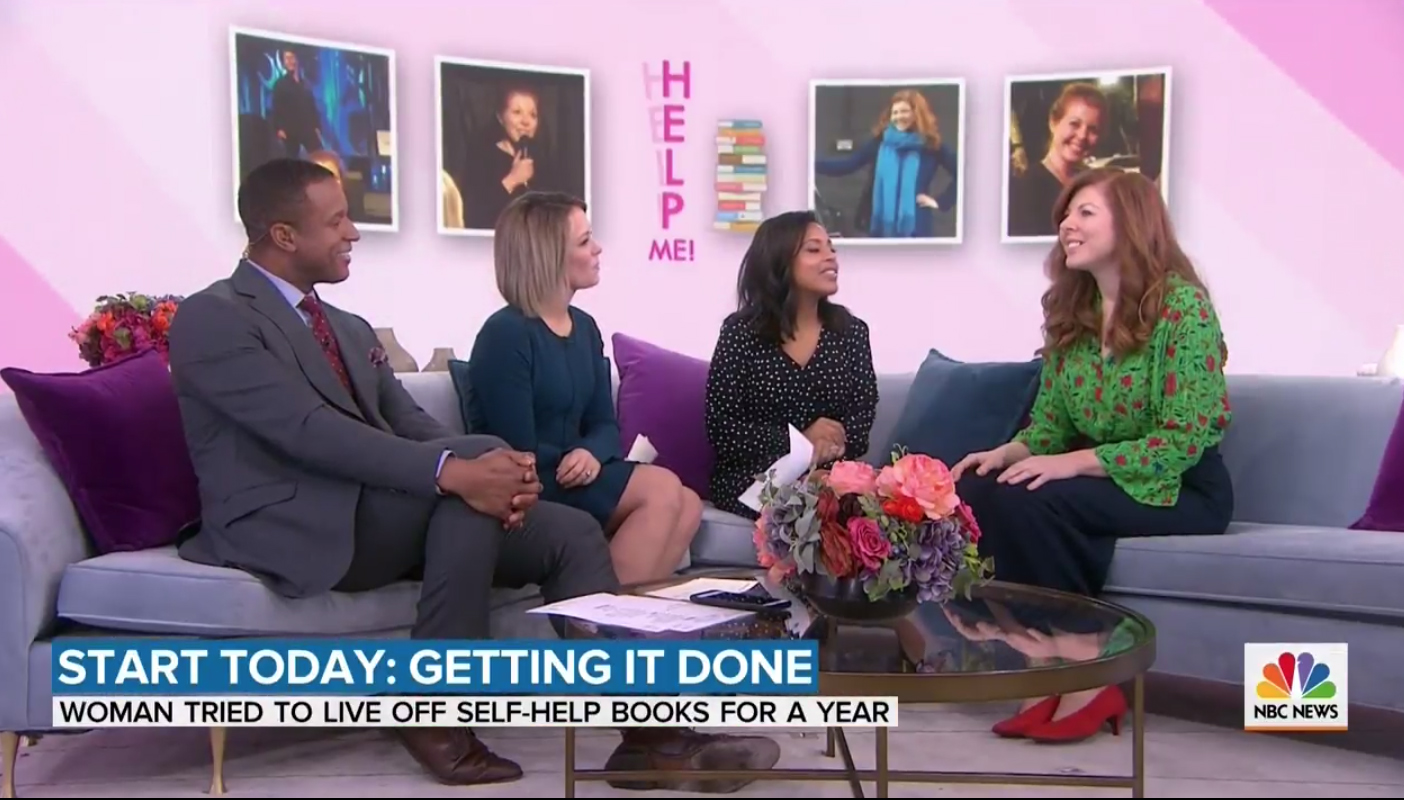 For a sit-down interview, the show moved the purple-blue sofa and placed it in front of the video wall, similar to what is done during the main hours of ‘Today.’ 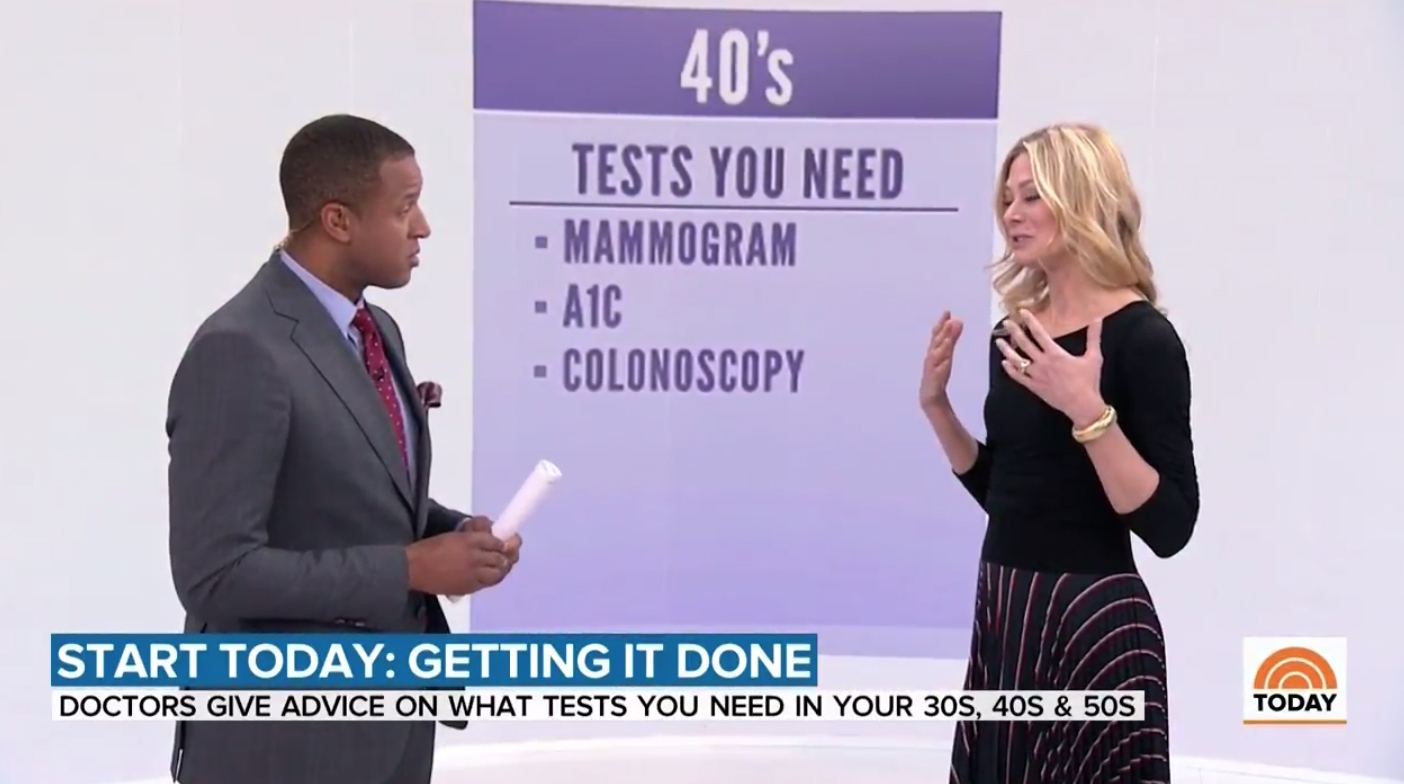 Co-anchor Craig Melvin also stood in front of the video wall for an explainer-style segment on health. 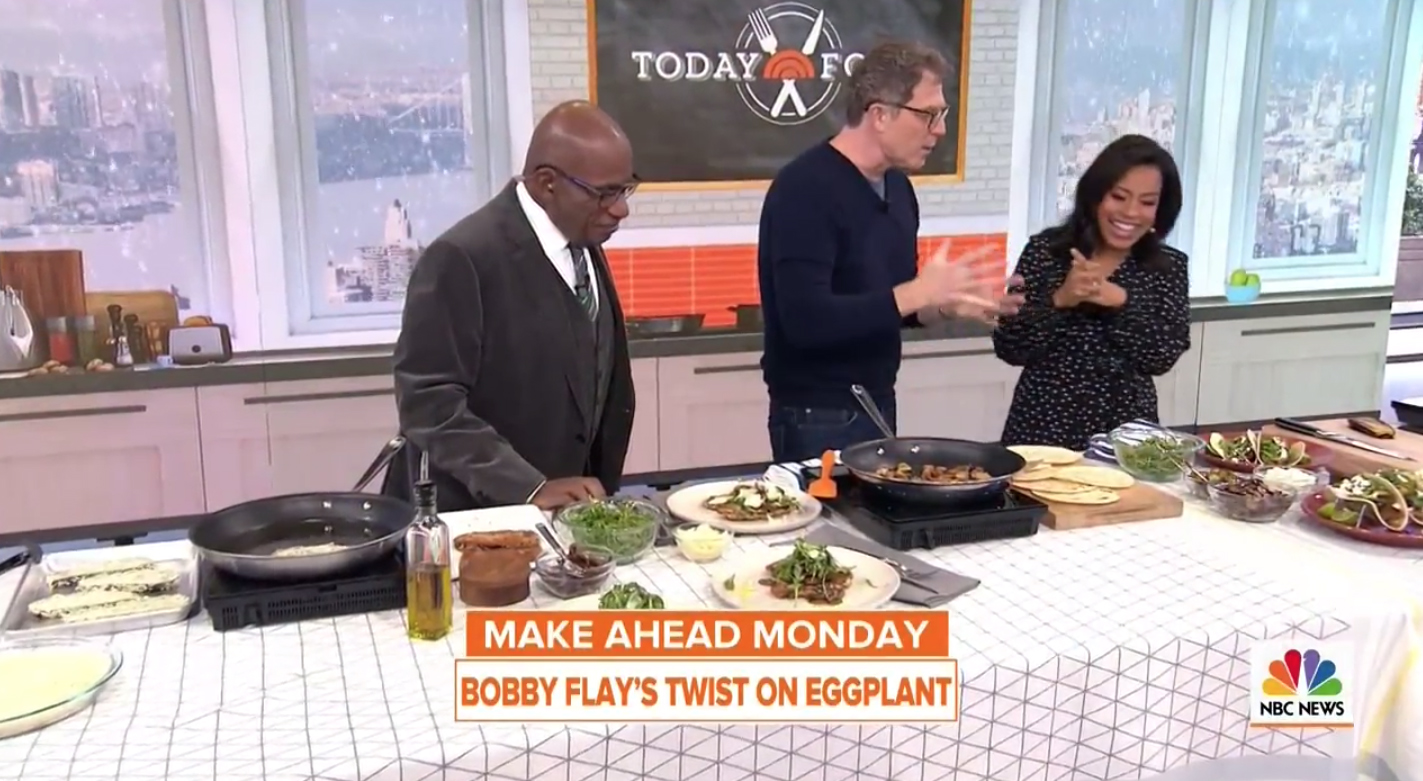 Bobby Flay’s cooking segment was done in front of the video wall as well, with the image display a faux kitchen backdrop. 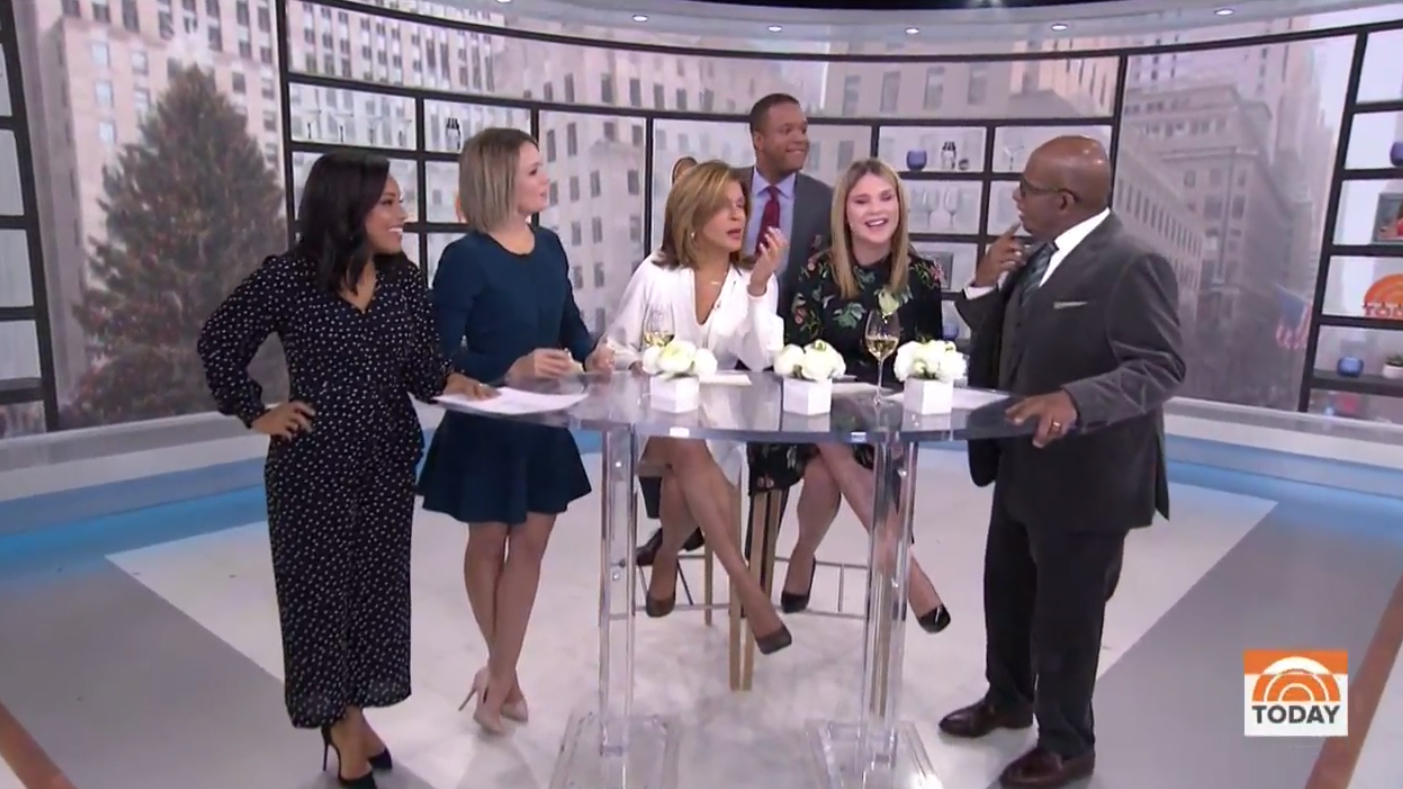 For the final block, the co-hosts were able to join Hoda Kotb and Jenna Bush Hager, who was filling in for Kathie Lee Gifford, to transition to the fourth hour. The video wall background was changed to the simulated overhead view of Rockefeller Center with faux frost overlays and the show’s high glass desk was brought out.

“Today Third Hour” also transitioned to the new graphics that debuted in the show’s main block — sans the gray and white space for the ticker and time and temp.