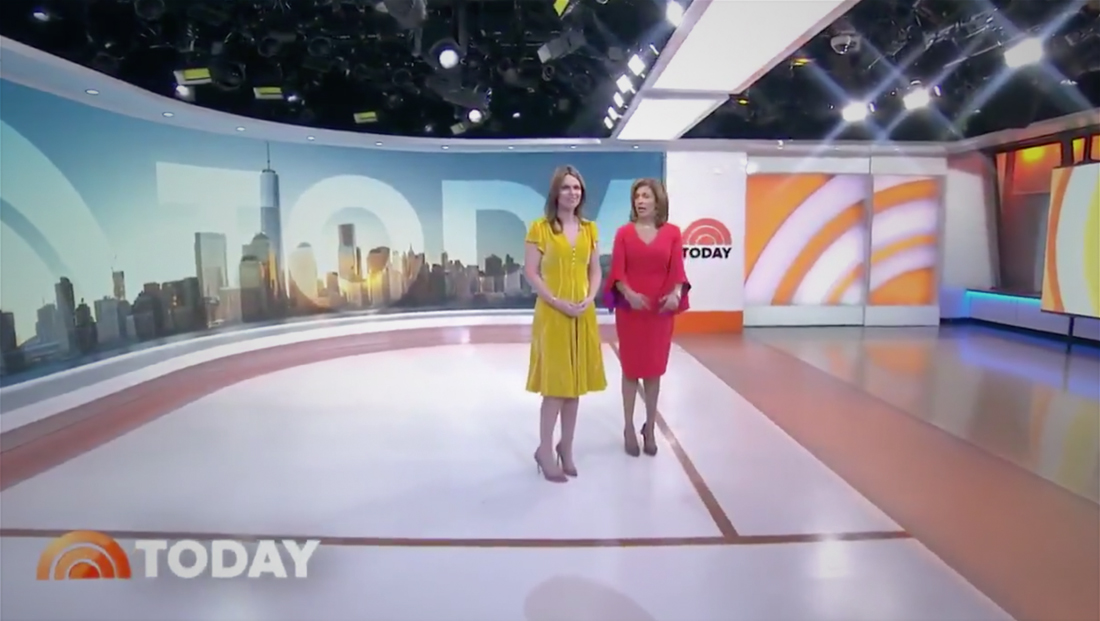 First on NewscastStudio: NBC News‘ “Today” has overhauled its longtime home Studio 1A with a clean and airy design that makes prominent use of the show’s sunrise logo and orange color scheme while leveraging upgraded technology to enhance storytelling.

While home base, the Orange Room and production area remain mostly the same, the rest of the studio received an overhaul.

‘Today’ continues to break in its new set

The updated space is dominated by a new, curved 1.6mm LED video wall from Leyard occupying the corner of the space that previously featured a curved sofa and was primarily used for interviews and panel-style setups. The wall is created with Leyard’s TVH series panels. The 40-foot video wall can be used as either a virtual window or a storytelling wall and gives this once dimmer corner a vivid new look, adding a visual connection to the open look and feel created by the windows that wrap around the outer two walls of the space. A variety of configurations can be set up in this area, including standups, tosses to live shots and weather. Above is an L-shaped fabric header element with edge-lit floating pinstripes that adds structural interest to the corner while also breaking up what was previously a standard studio ceiling with a myriad of lighting instruments and dark voids.