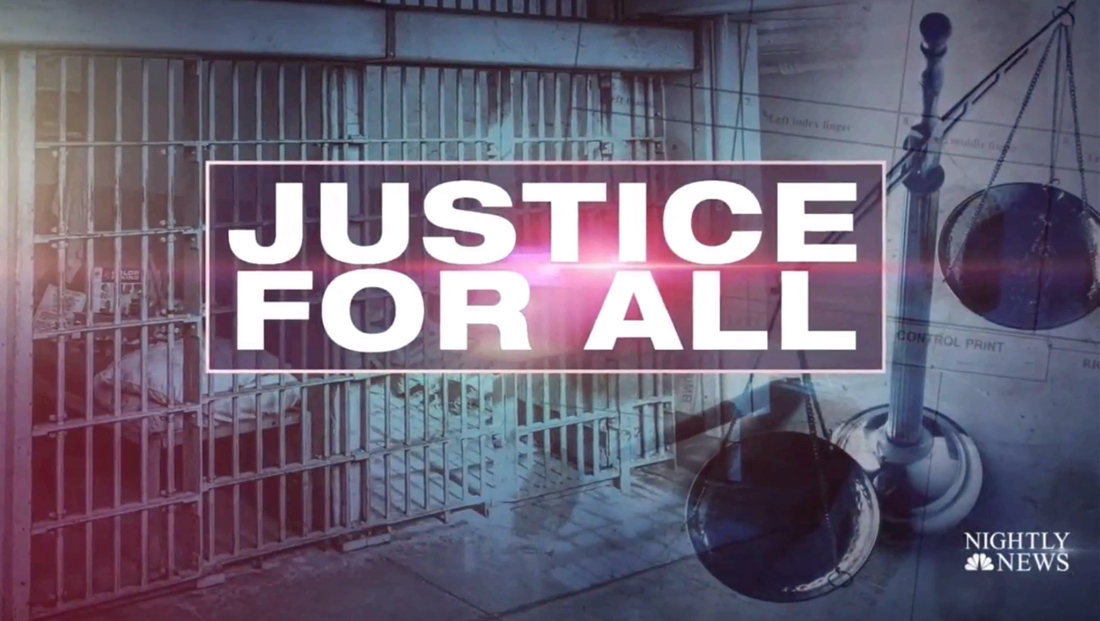 “NBC Nightly News” has added a regular series that examines men and women unfairly or wrongly accused, convicted and sentenced for crimes.

The series, which launched earlier in January, is the formalization, in many ways, of a series of ongoing reports and efforts on criminal justice reform that anchor and managing editor Lester Holt has spotlighted on the broadcast over the past year or so. 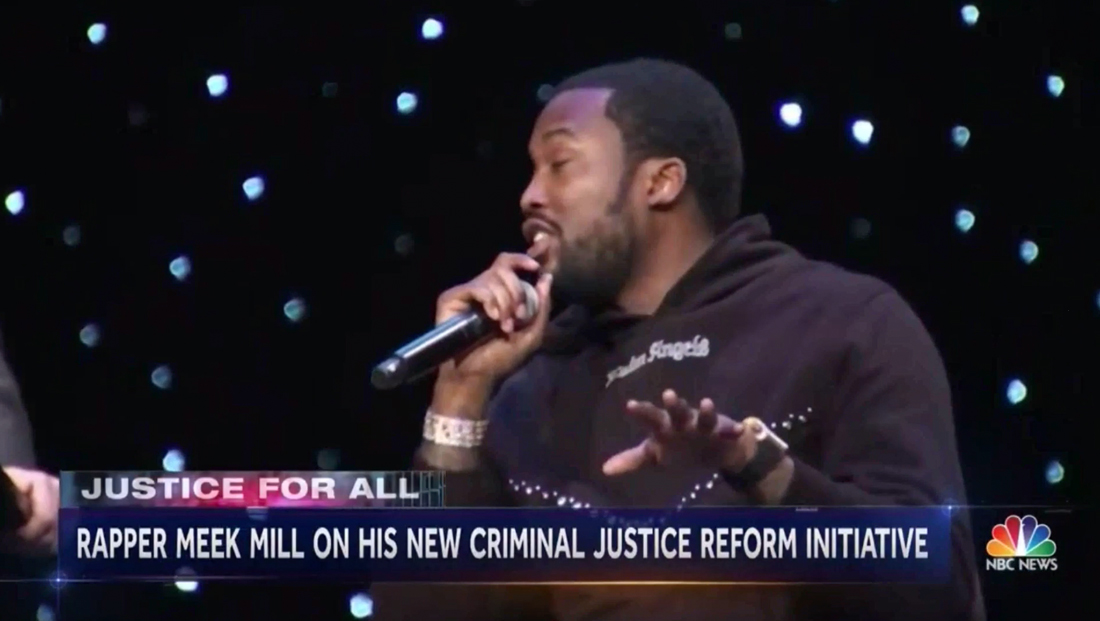 The new series, which is slated to air semi-regularly as stories become available, has been given its own blue, violet and magenta splashes of color that conjure images of flashing emergency lights, that includes a bold stinger and “flag” that sits atop the normal “Nightly News” lower third insert graphics.

Background imagery in both the stinger and lower third tier include a dilapidated jail cell, legal forms and scales of justice.

The segment’s title is borrowed from the last line of the pledge of Allegiance, which reads “…and liberty and justice for all.”

“Nightly” also continues to uses the regular rotation of “kickers” at the end of each broadcast.