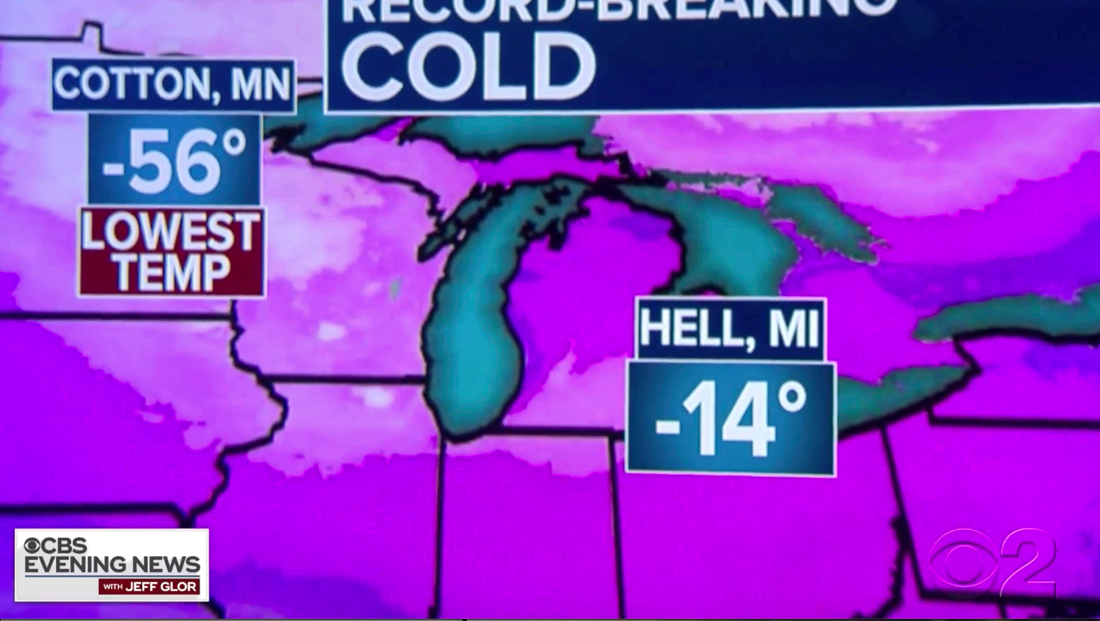 “CBS Evening News” covered the cold weather hitting the nation on its Thursday, Jan. 31, 2019, edition, which included opening with a “Historic Cold Snap” headline behind anchor Jeff Glor before using its in-studio screens to showcase the weather.

One of Studio 57’s large video walls was used to showcase an aerial view of Chicago while pointing out that 75 percent of the country was at or below freezing Thursday before pulling out and showing some key temperatures on one of the studio’s smaller, pivoting column mounted panels.

One of those locations was Hell, Michigan, which, as most of the media reportedly gleefully Thursday, had, in fact, frozen over.