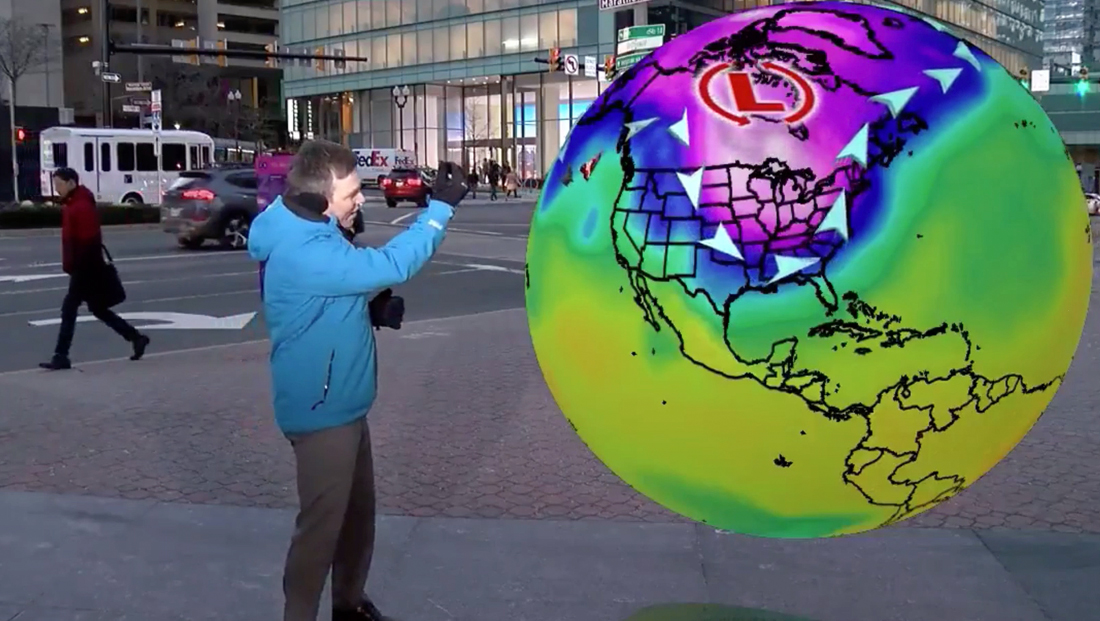 The segment was shot outdoors on what could be any ordinary street corner in Washington, D.C. — except that virtual bar charts and globes were plopped above the sidewalk next to him.

Thanks! We do have and use augmented reality, like that. This was from yesterday morning: pic.twitter.com/YXhPJFNNIc