Hate your job in TV news? At least you didn’t have to design this graphic of cow flatulence blowing up the world 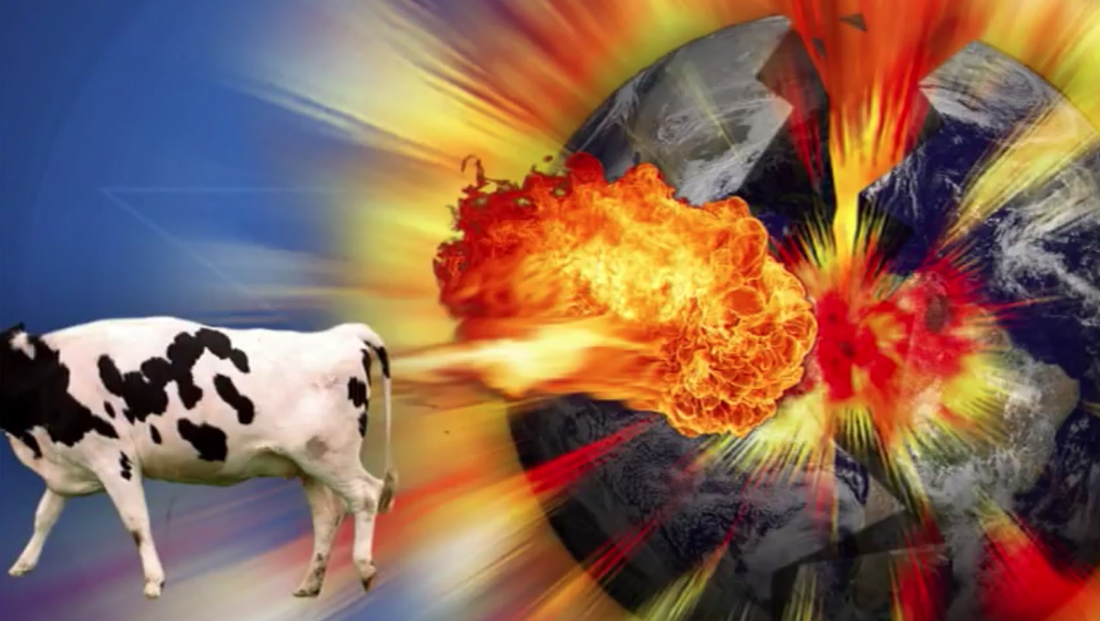 You’ve probably been tempted to quit at least once before, right?

Some things you just have to see to believe… https://t.co/nNa7F5H3At

Well, here’s a comforting thought for everyone out there except one person — at least you didn’t have have the design a graphic of a cow’s flatulence blowing up the world for “Justice with Judge Jeanine.” 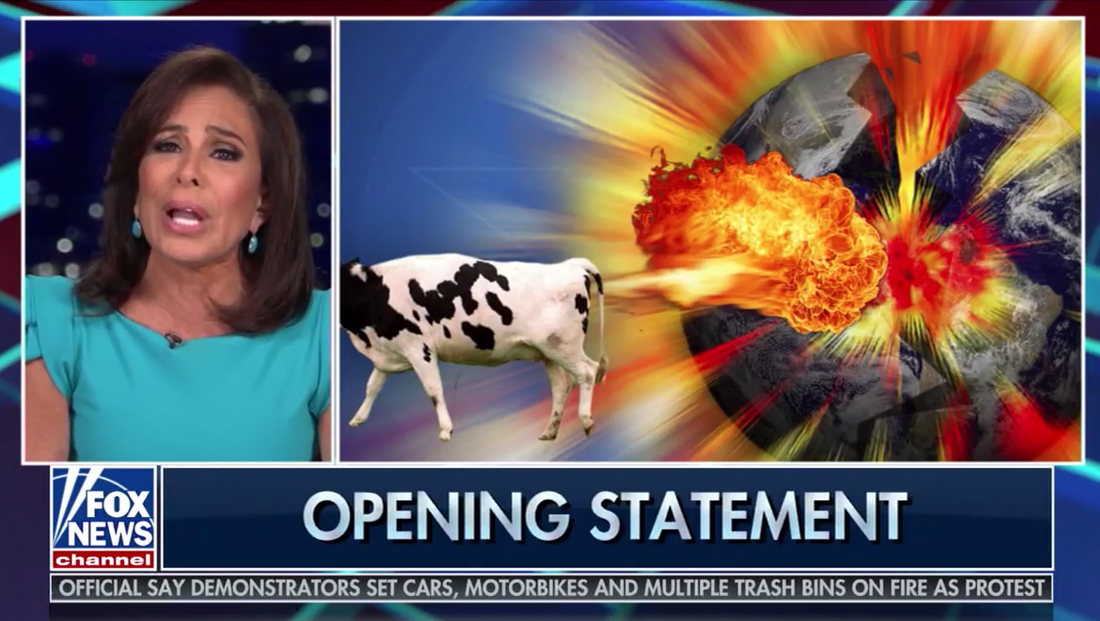 The graphic appeared in a large box next to a narrower box of Jeanine Pirro’s more-than-usual-disjointed “opening statement” — which the network lower third reminds you is “opinion” occasionally.

The image itself depicts a black and white cow (whose head is oddly cropped out of the frame) — with a blast of fire coming out of its posterior before blossoming into a full blow conflagration.

Behind this is an image of the world, as seen from space, with a giant crack down the middle and bright bursts of light shooting outward.