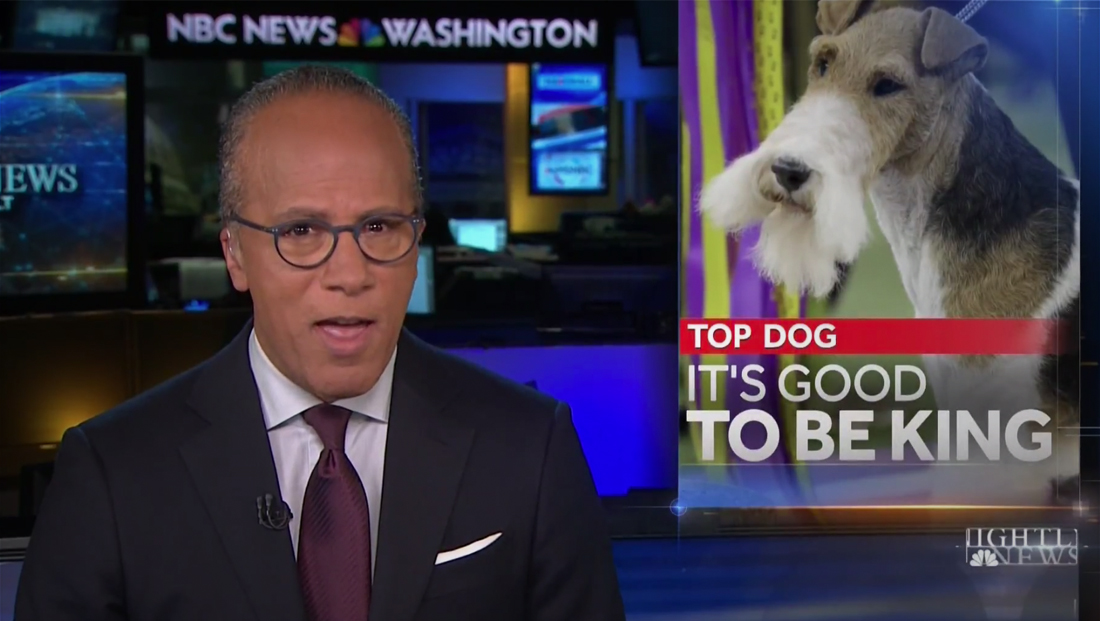 King, the wire-haired terrier who took “Best in Show” at the Westminster Dog Show, stopped by the “NBC Nightly News” set for a visit Wednesday, Feb. 13, 2019.

After becoming the 15th of his bread to win the title, King went on a press junket that included a stop atop the Empire State Building — and NBC’s Studio 3A. 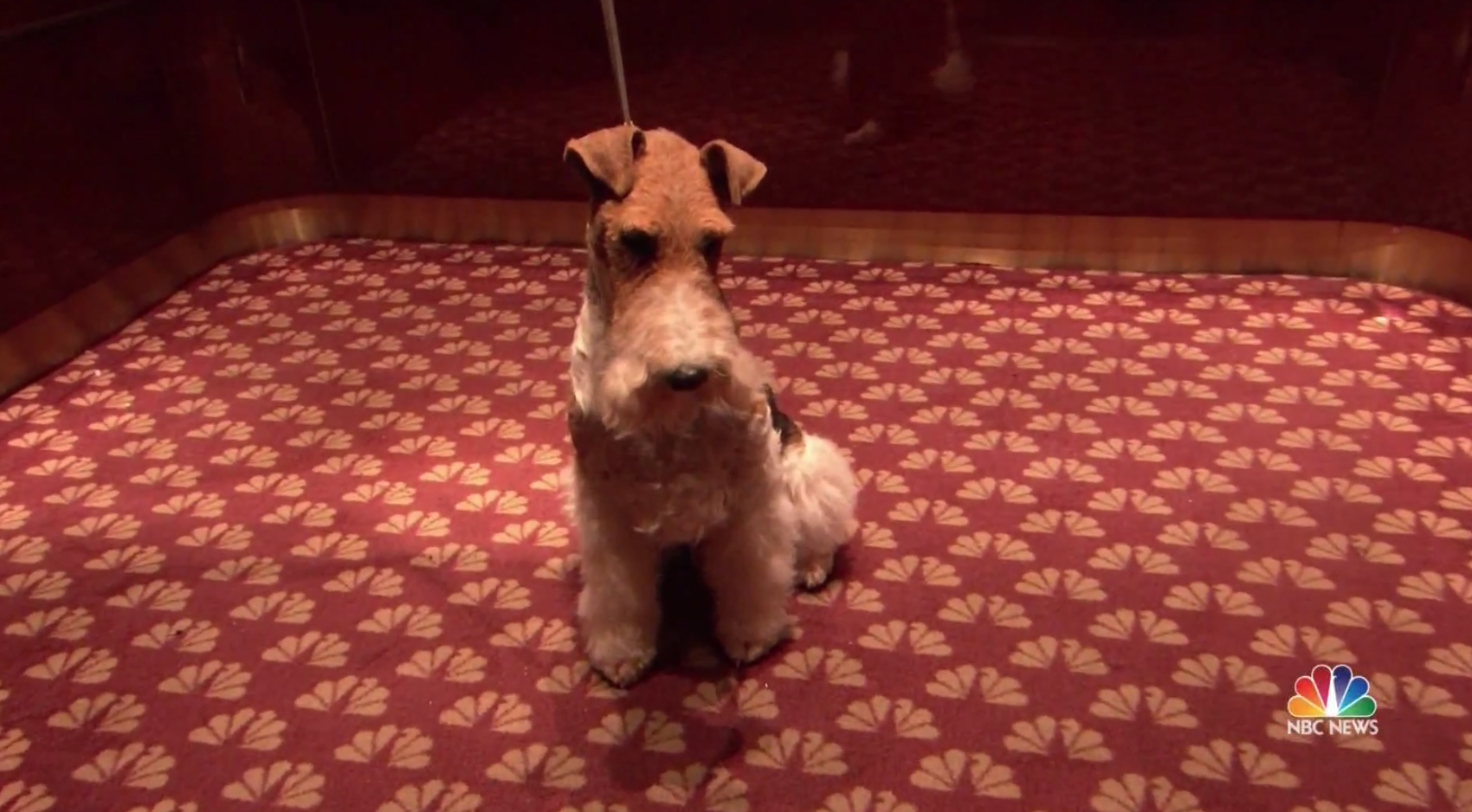 Correspondent Cynthia McFadden closed out Wednesday’s “Nightly” with a kicker on the top dog — complete with Frank Sinatra’s “New York, New York” playing in the background — that showed the pooch riding up an NBC elevator (notice the gold peacocks woven into the carpet) and into the “Nightly” side of Studio 3A. 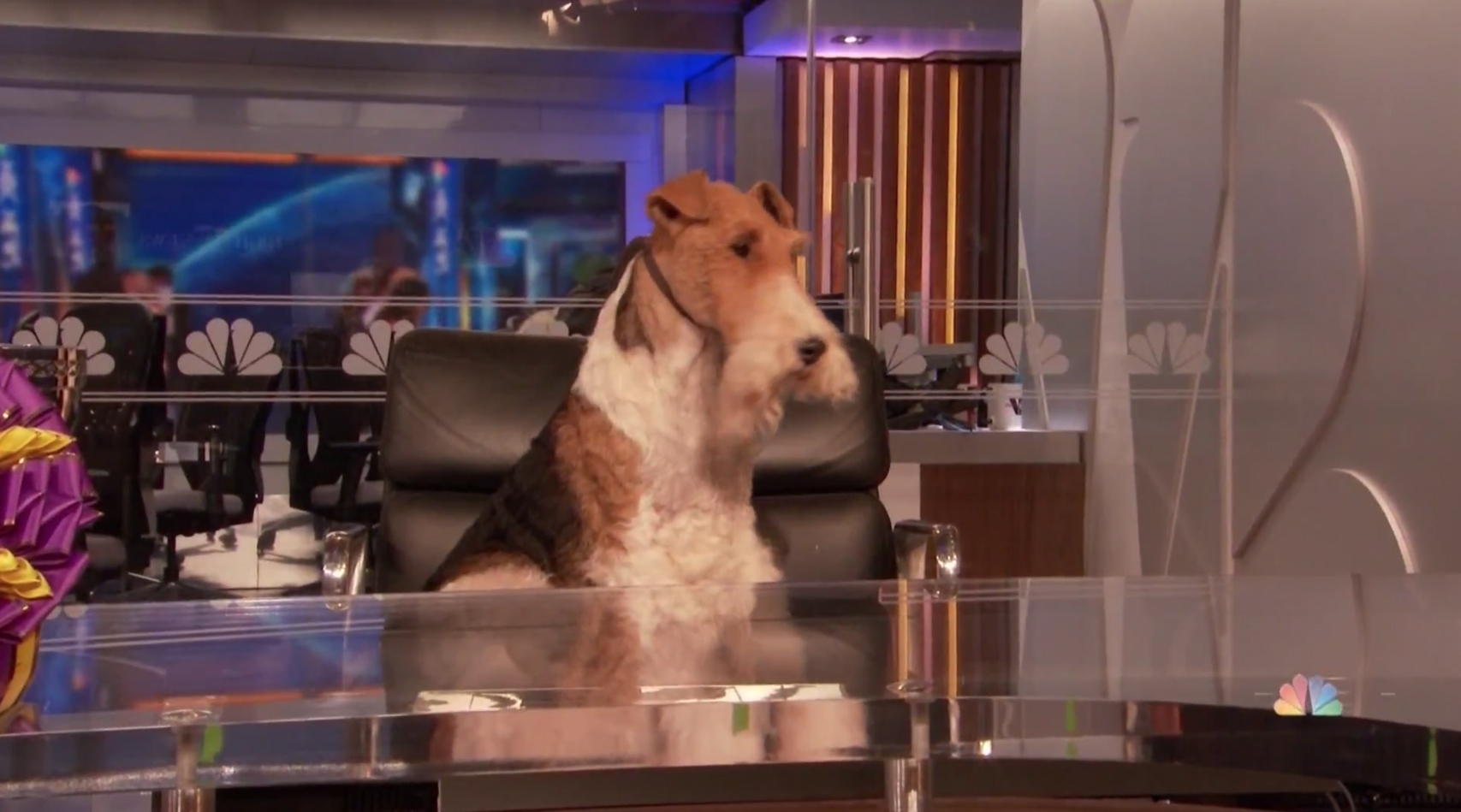 Ever the good boy, King even sat patiently in Lester Holt’s anchor chair — “keeping it warm,” as McFadden put it — since Holt was in Washington, D.C. that day.

.@LesterHoltNBC anchoring from D.C. bureau tonight — since Capitol studios N4 and N5 and still out commission after fire https://t.co/XsyvQG6JYQ pic.twitter.com/FyXvlTavtc

On a side note — chin fills apparently work pretty well on dogs, too. 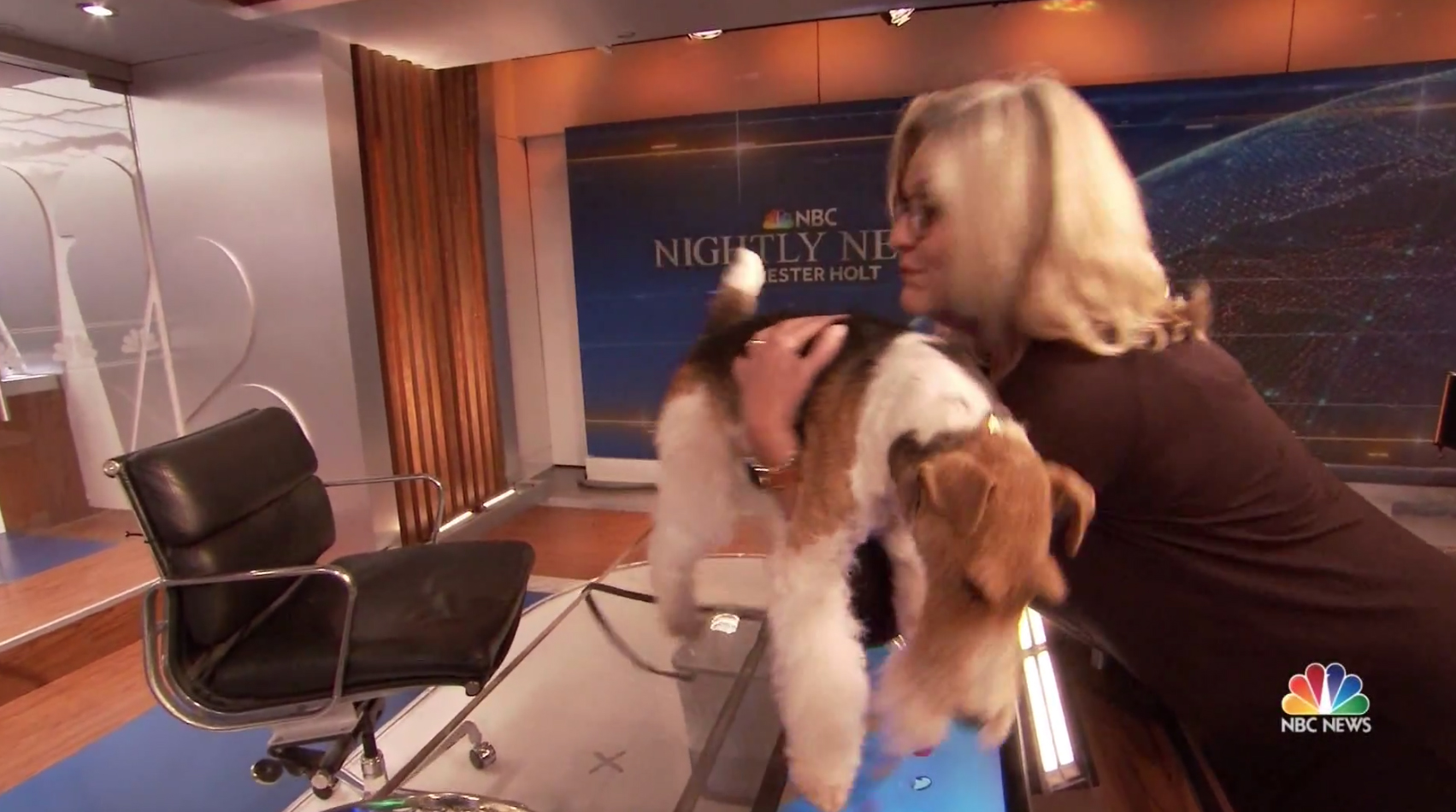 After that, King apparently got curious and almost fell off the anchor desk, with McFadden catching him.

Finally, McFadden, like any good dog lover, couldn’t help but slip in some shots of her own King Charles Spaniel, Ernie.

After the package, Holt, back in Washington, noted that his “queen” of New York was watching him from his living room.