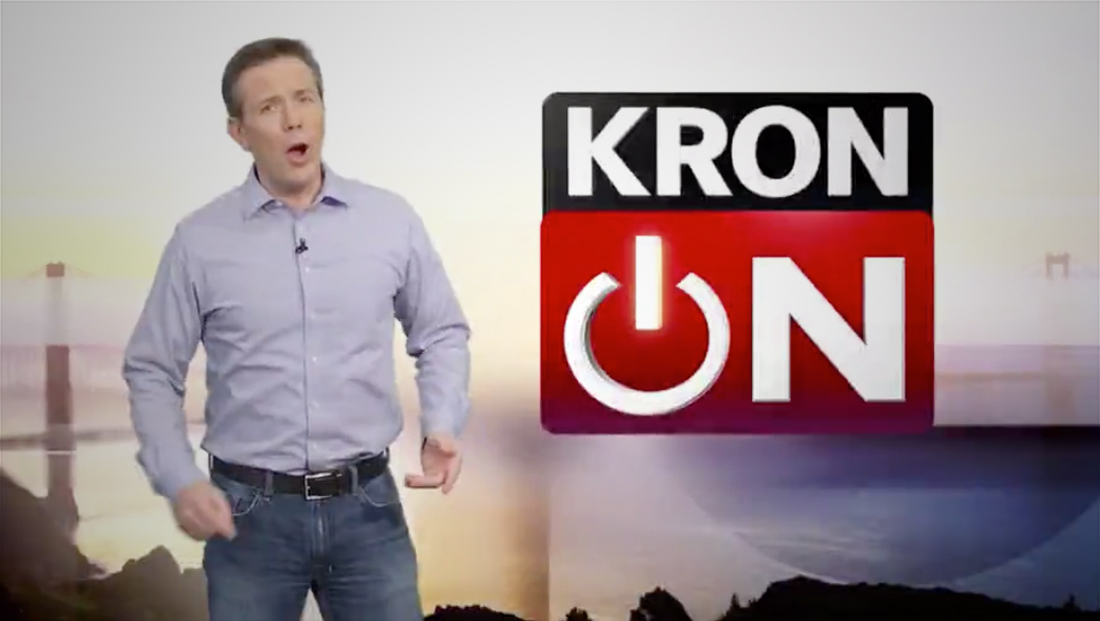 KRON, the MyNetworkTV affiliate in San Francisco, has launched what it says is the first ever 24 hour live local news streaming service.

The service, called KRONon, which takes advantage of the station’s branding practice of saying its call letters as word (“cron”) that happens to rhyme with the word “on” — so it’s pronounced “cron on” (not like Hume Cronyn’s last name, despite the phonetic similarities).

The service is available at kronon.tv as well as via Apple TV, Amazon Fire, iOS and Android.

For the service’s logo, the station went with the “on” symbol in place of the “O” all inside of a bright red box with rounded corners — with its call letters above in bold black.

In some iterations of the logo, however, the “On” box takes the place of the “ON” in the station’s call letters, which is a bit odd since then the name basically goes back to being read as “cron.”

The service itself, much like the popular wave of channels that showed rebroadcasts of a TV station’s latest newscast on a loop, features an L-bar that includes weather on the left side and a ticker along the bottom. 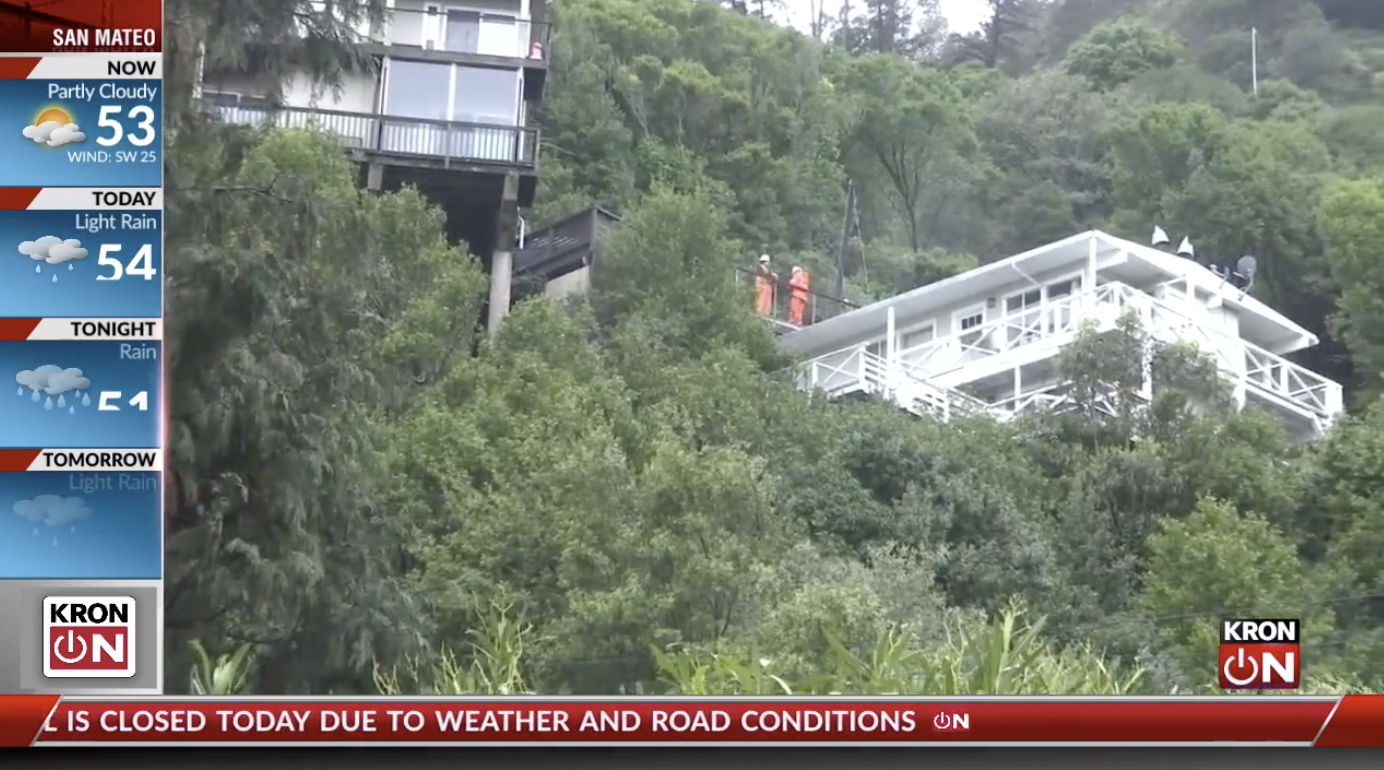 The service is being promoted using the hashtag “#KRONon” — but the account @KRONon, despite being registered in 2008, does not appear to be linked to the service as of this writing, even though at least one KRON reporter tagged it in a Feb. 13 tweet.

City of #SanJose alerting drivers to worsening #sinkhole on #BaileyAve ahead for of news conference to update public on impact of storm and efforts to deal with it. We’ll carry it live @kronOn pic.twitter.com/TwDSHDiRP8