CNN assures viewers ‘this Chyron is not a joke’ 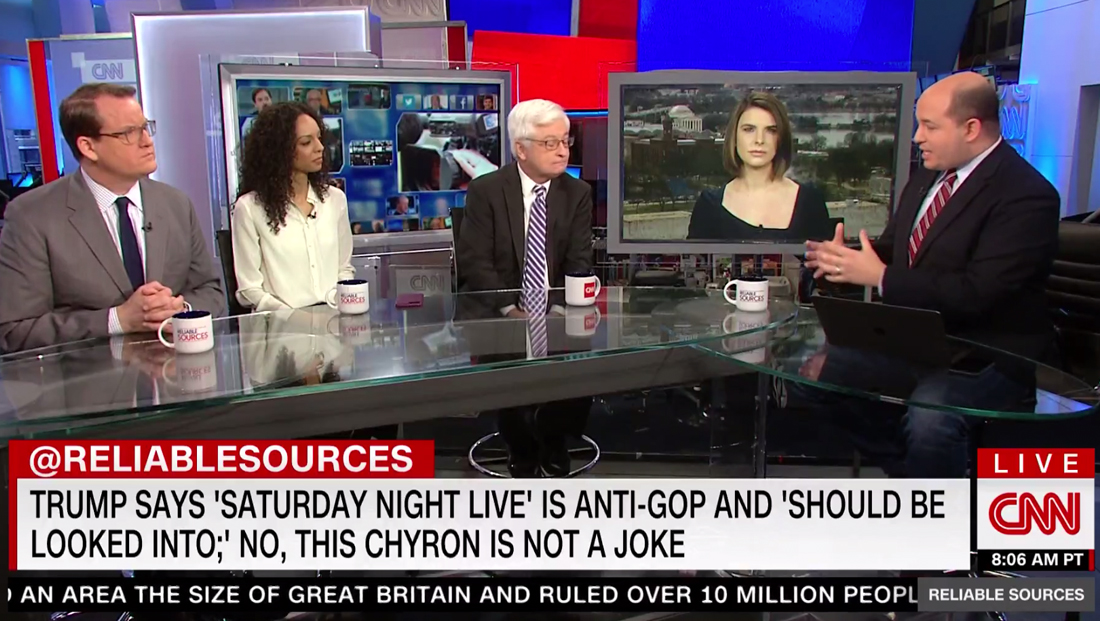 CNN’s Sunday morning media show “Reliable Sources” was discussing Donald Trump’s response to a “Saturday Night Live” skit that poked fun at his Friday press conference announcing a “national emergency” to fund a broder wall when producers decided to get clever in the lower thirds.

Trump, whose tweet about the skit included calling NBC “fake news” and using the “C” word — collusion — was a natural topic of “Reliable Sources” to lead with.

As the show’s panel discussed the skit and tweet, the lower third banner read: “Trump says ‘Saturday Night Live’ is anti-GOP and ‘should be looked into;’ no, this Chyron is not a joke.”

The irony here is that CNN’s lower third banner graphic referred to these graphics as a “Chyron” — which is a trademarked name for a broadcast graphics system. CNN actually uses Vizrt’s Trio system for its lower thirds (and, in fact, whoever inputed this graphic would have been using a system connected to Trio).

In fairness, “No, this Vizrt is not a joke” doesn’t quite have the same ring to it.