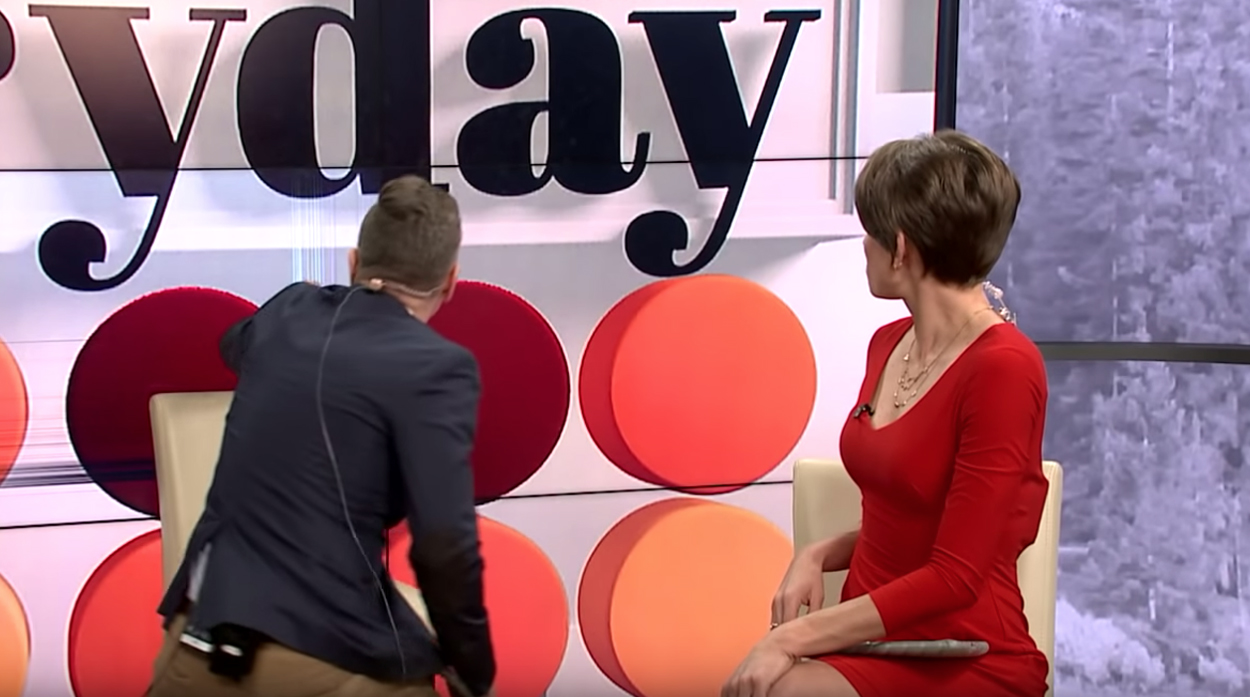 While attempting to dance to some romantic background music on the Valentine’s Day edition of “Everyday,” Denver host Chris Parente bumped his stool which, in turn, broke a panel in the station’s video wall.

Parente was co-hosting alongside traffic reporter Sam Boik when the incident happened.

“You legit broke it,” said Boik when she saw the damage.

Later, a crew member helpfully came out to “hide” the damage from view.

Unfortunately for Parente, the video wall not only serves as background for the host segments, it’s also used for weather segments on the KDVR lifestyle show — so forecaster Greg Dutra had to present his forecast with the broken pane.

Dutra proceeded with his forecast, poking fun at Parente’s gaffe, which obscured Monday’s temperature on the “planning forecast.” 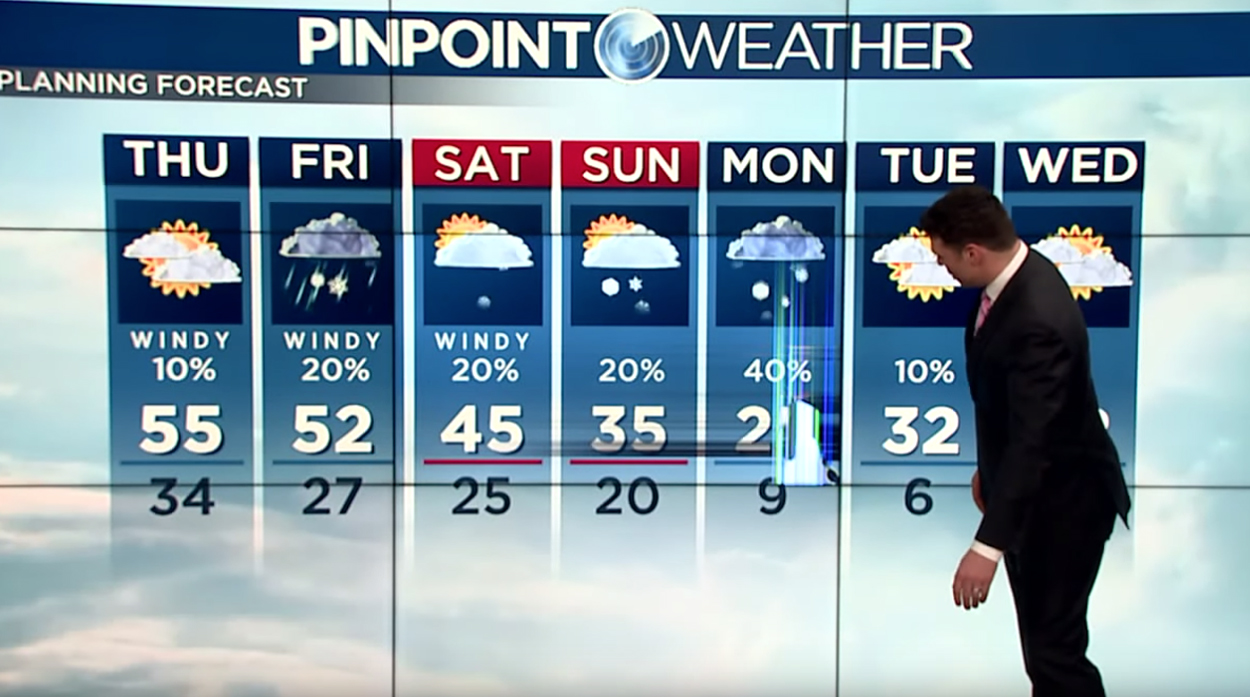 Fortunately for Parente, the rest of his Valentine’s Day weekend plans appear to have gone off better — he announced he got engaged on Tuesday morning while anchoring on KDVR’s sister station KWGN.

Congratulations to @chrisparente who got engaged this past weekend and talked to @erniebjorkmantv about the moment this morning @channel2kwgn pic.twitter.com/RalW5rFetU

Meanwhile, it appears of the station was able to get the panel repaired or replaced as of Feb. 18.

Going on Everyday Show @KDVR with @DrewEngelbart & @SamBoik about 10:10a with 3 places that should be on ur #travel radar! #tvlife pic.twitter.com/un6IQ66UkD