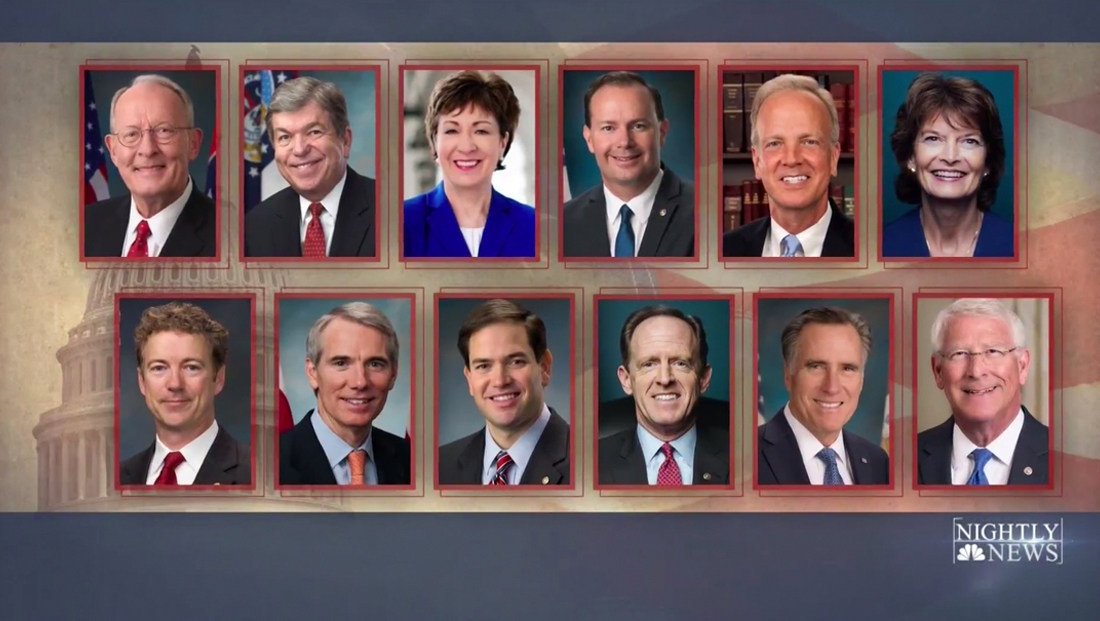 After 12 Republication senators crossed over and voted to block Donald Trump’s emergency order about border security, a natural direction was to create “defector boards” featuring headshots of the dozen. 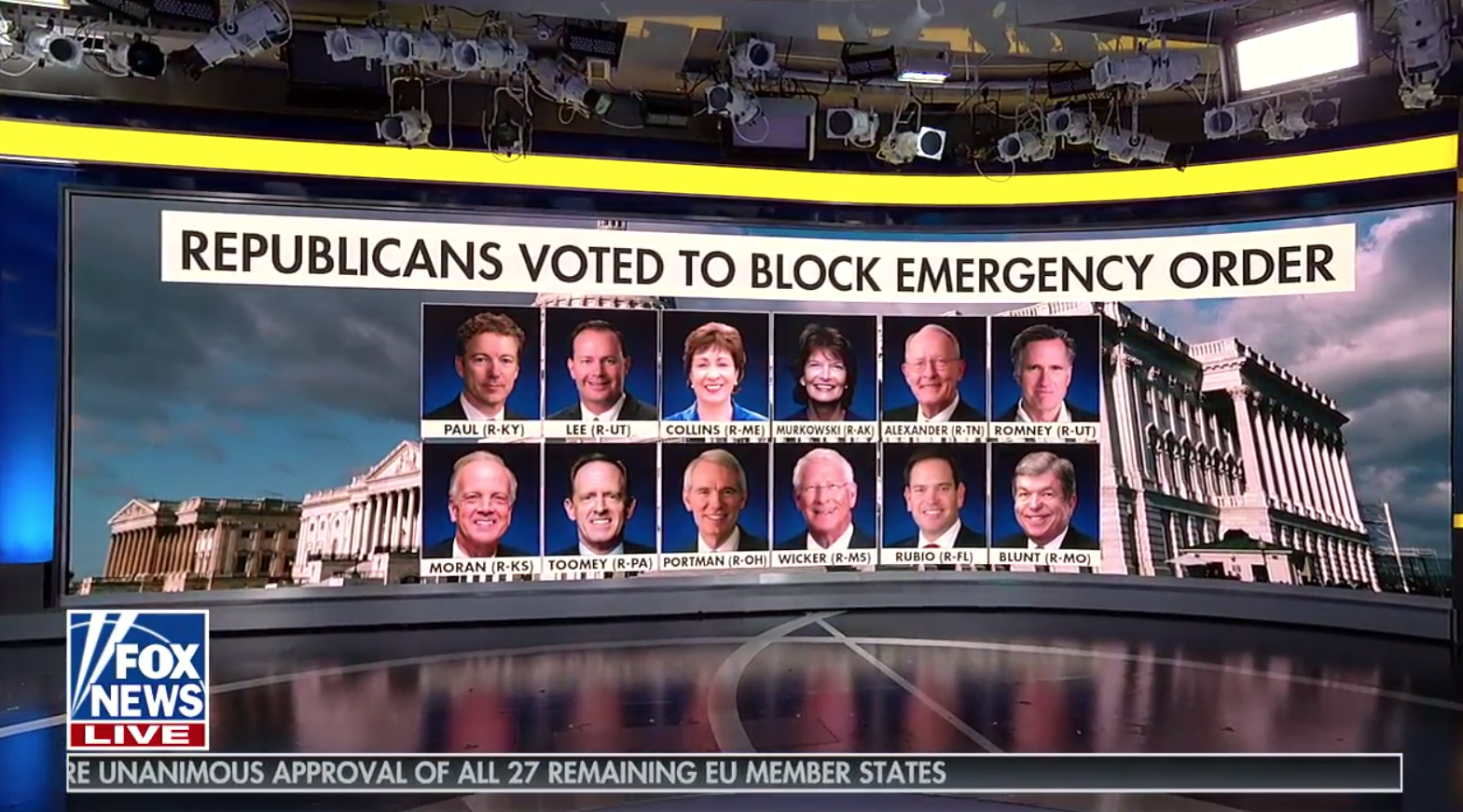 After ignoring the story during March 14, 2019, primetime’s ‘Tucker Carlson Tonight‘ and ‘Hannity,’ Fox did cover the story on ‘Fox & Friends‘ and used Studio F’s large video wall to showcase the photos on March 15.

Did you know 12 GOP senators voted against Trump? You wouldn't if you're a 'Hannity' fan https://t.co/K25qUalAWA 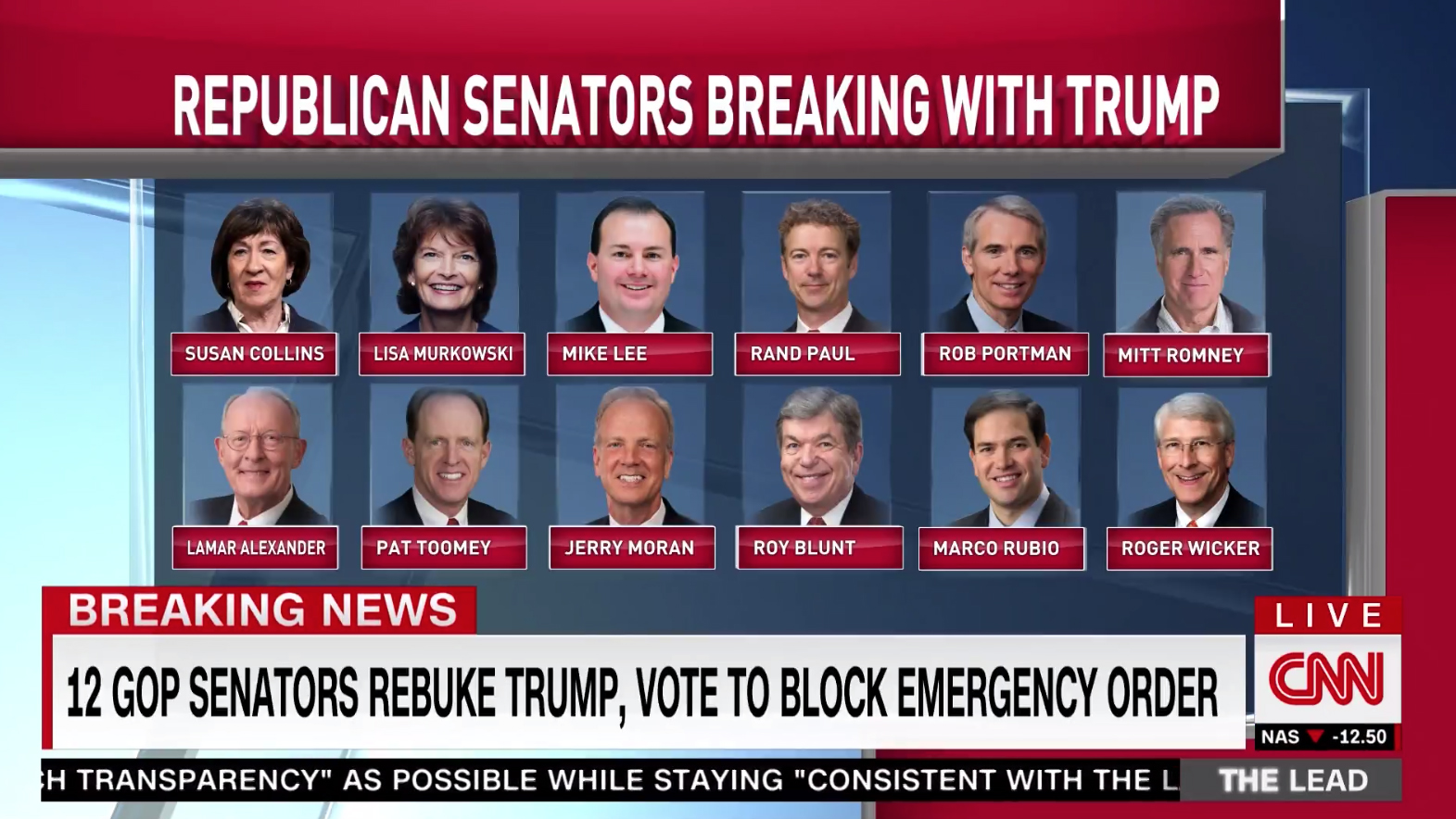 The version of the board was used during CNN’s ‘The Lead’ — following the show’s blocky look on March 14, 2019. 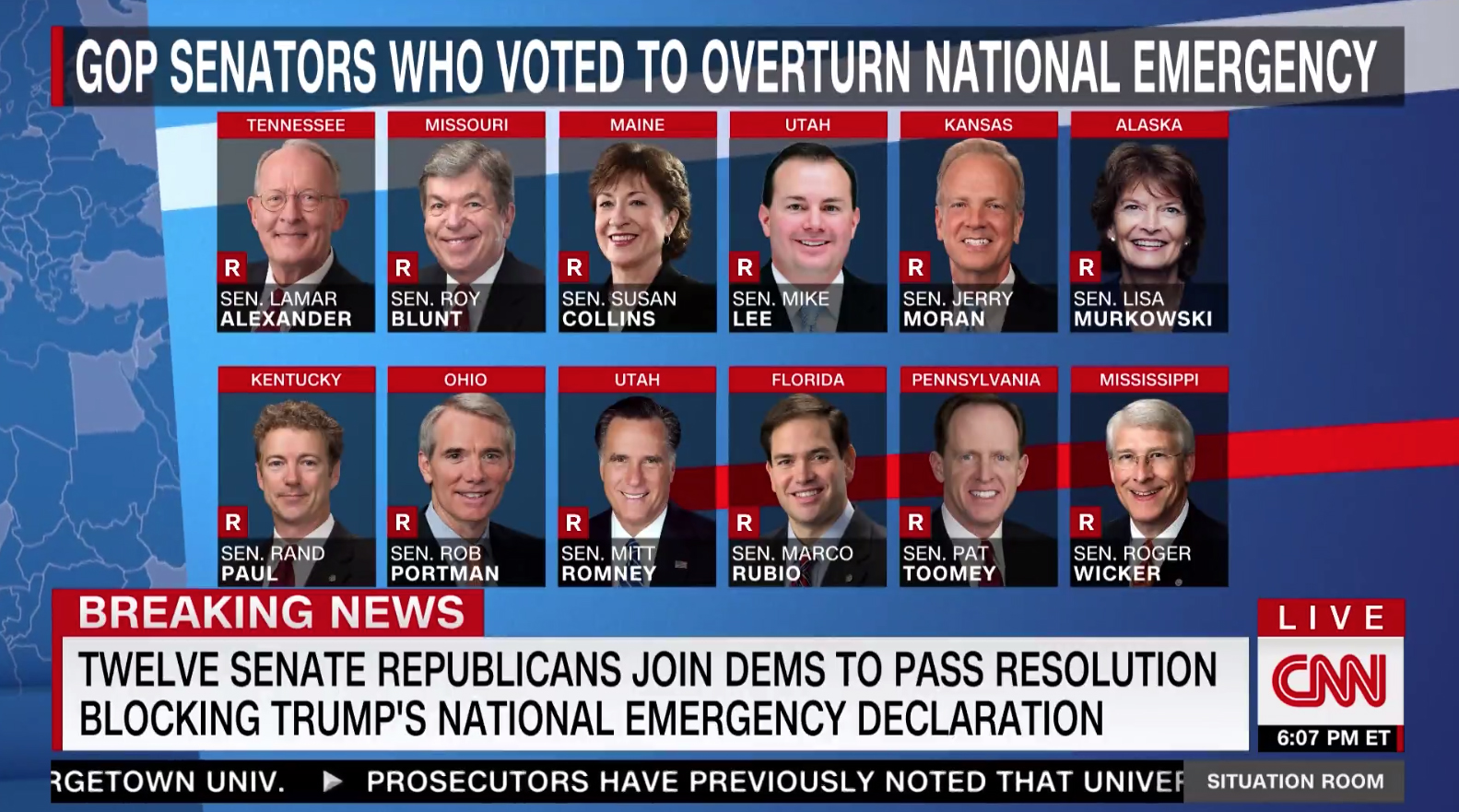 Another version was used during ‘The Situation Room.’ 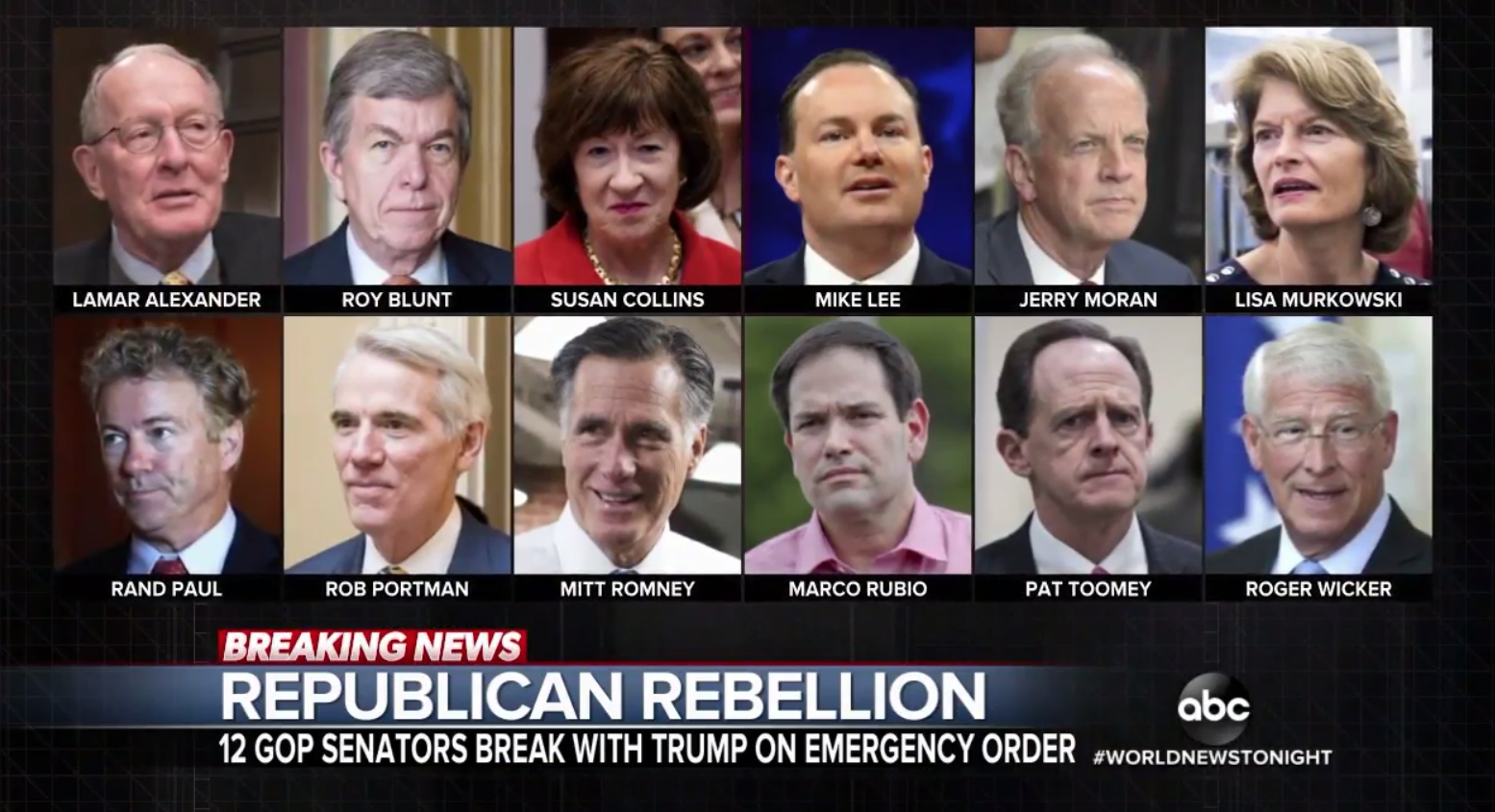 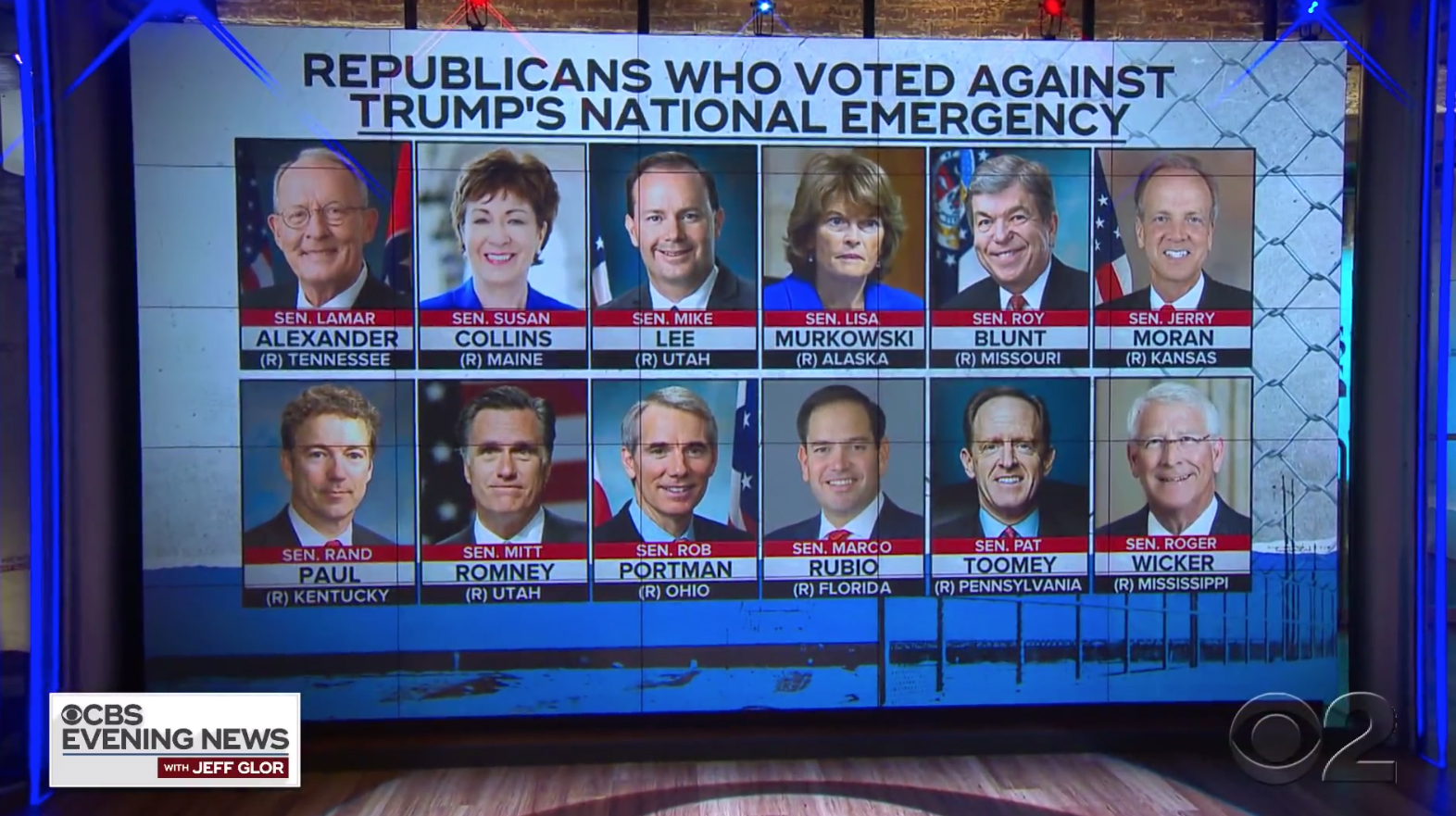 ‘CBS Evening News‘ used its video wall in a ‘video on video‘ and ‘walk and wander‘ style setup. 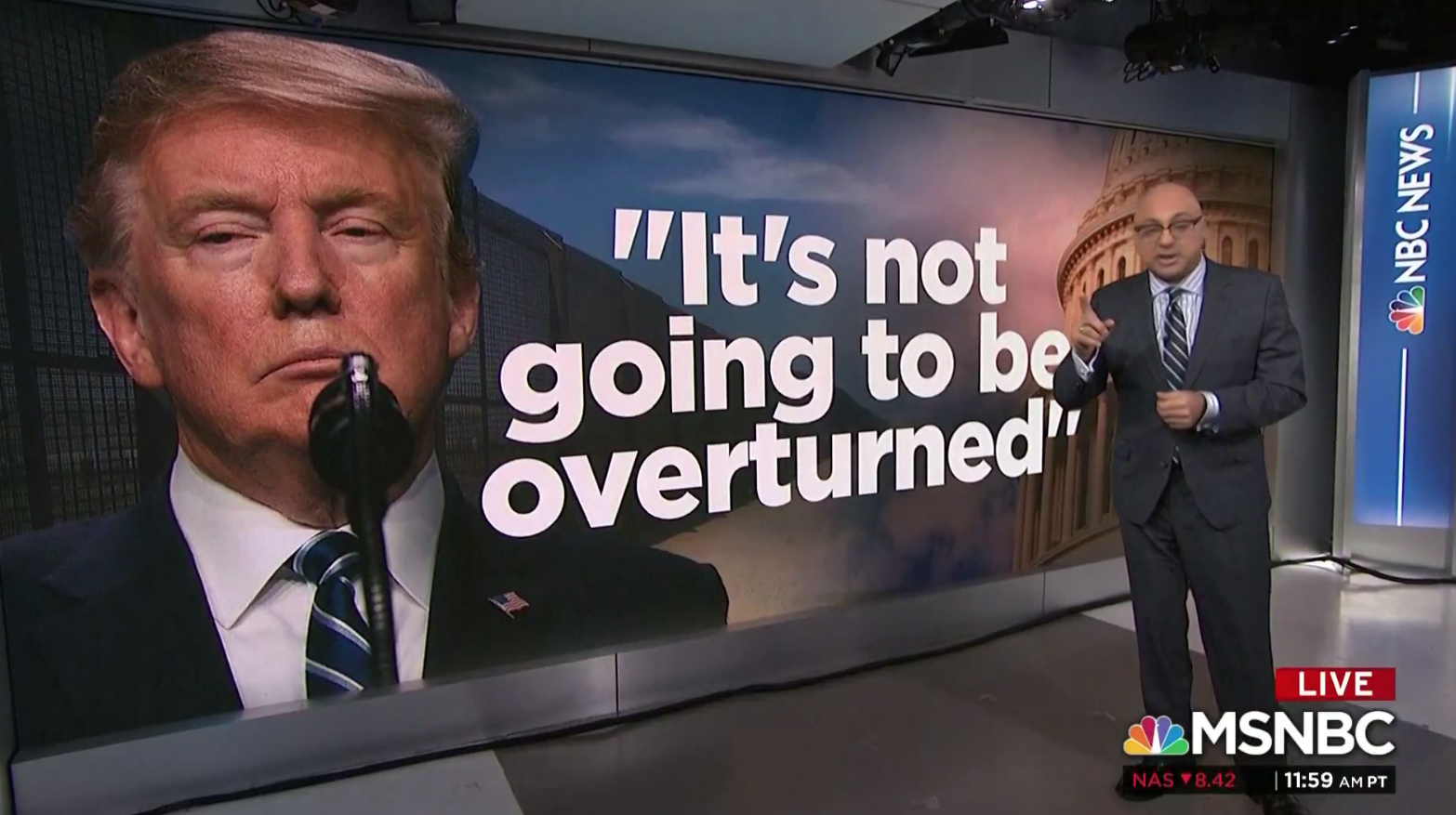 MSNBC didn’t use headshots as prominently, but did use this ‘It’s not going to be overturned’ graphic during a block of ‘MSNBC Live.’