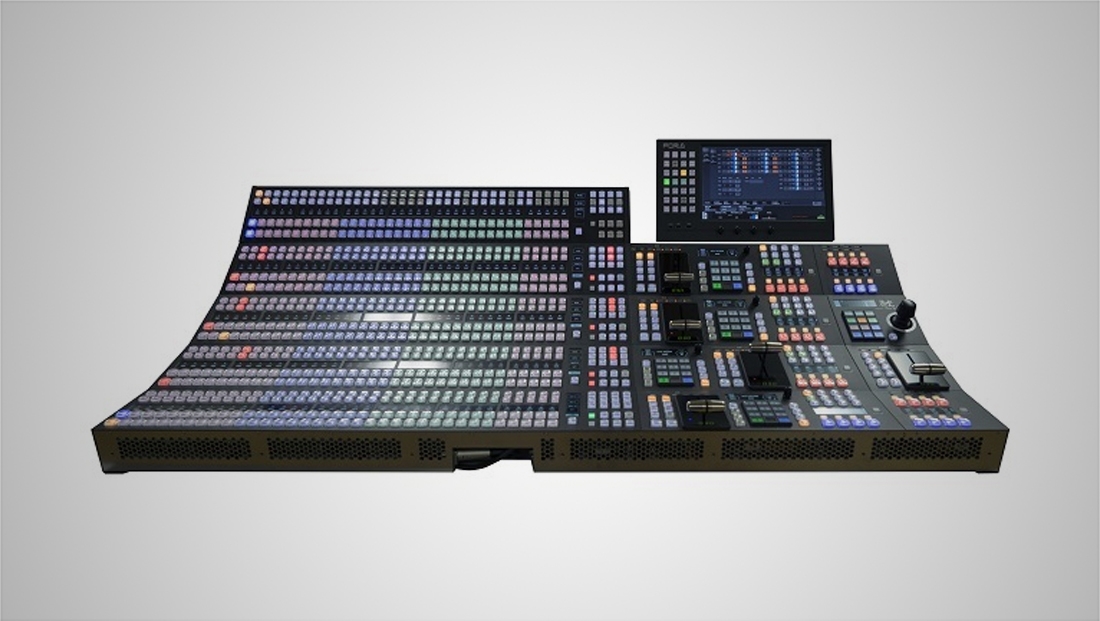 Production switchers, video servers, keyers and test signal generators that support both 12G-SDI and 4K and 3G-SDI and HD resolution will be booth highlights for FOR-A (NAB Booth C5016.) The 2019 NAB Show will be held from April 8-11 at the Las Vegas Convention Center.

“With the HANABI HVS-6000, we are the first to create a production switcher with enough bandwidth to carry the signals all the way through using a single coaxial cable,” said Takaaki Imoto, senior general manager of FOR-A’s overseas sales and marketing division in a statement.

“This ability to process 4K video signals that input from a single cable of 12G-SDI is a big step, particularly as we advance toward even higher resolution formats for production. With four times the bandwidth of HD, 12G is the current ideal for high-resolution 4K production. We’re moving forward aggressively with this technology, incorporating it into our existing and developing product range.”

Offering 12G-SDI capability on all inputs and outputs, the 3 M/E HANABI HVS-6000 uses a single cable link. Video signals are processed throughout as a single image. The HVS-6000 is a 12 RU switcher, with a maximum of 80 inputs and 32 outputs or 64 inputs and 48 outputs. It also offers frame synchronization, frame buffer, 3D DVE, and 4 keyers per M/E with DVE function + 4 DSK’s. Its optional board-mounting SFP connector that supports an IP interface will debut at NAB 2019.

The HANABI HVS-1200, a compact 4K/HD compatible switcher, will be on display as a package supporting 12G-SDI, with the MFR-1000 routing switcher.

The integrated HVS-1200 and MFR-1000 combination creates a compact and affordable 12G-SDI and 4K production system.

This switcher builds on the features of the HANABI HVS-490 video switcher and adds 12G-SDI support as standard. The switcher also utilizes a single cable for image processing and is configurable as both a 12G-SDI and 4K and as a 3G-SDI and HD switcher.

Making its introduction at the show is the new DSK-4800 4K downstream keyer. The DSK-4800 accepts mixed 12G-SDI and quad link 3G-SDI input. It includes frame synchronization for all fill/key inputs. Up to 10-channel keying is supported, with 8 fill/key channels, + still + DVE (optional). Using the optional DVE, operators can enlarge, reduce, or move input signals from one input (including line) over other signals.

A 12G-SDI/IP multi-channel video server will be at the FOR-A booth. The MBP-1000VS is ideal for 4K editing environments, offering multi-input/output 4K and HD support and ingest, playout and 4K recording functionality. Users can choose from four SSD capacities with maximum 15TB to meet their system needs and can add an LTO option for immediate archiving of captured 4K material or extended recording.

In addition to single-link 12G-SDI, FOR-A will also demonstrate products that support 4K, IP and HDR. 4K-supporting switchers in the FOR-A NAB booth will include the powerful HANABI HVS-2000, which offers the performance of a 7 M/E switcher; the compact, affordable HVS-490; and the HVS-100, which offers exceptional performance in a portable unit.

IP video introductions include: the SOM-100 media orchestration platform, the USF-10IP IP Gateway, and the MBP-1000VS-IP video server. An integrated baseband and IP control and monitoring system, the SOM-100 is designed for use in a mixed SDI and IP environment. The SOM-100 offers seamless operation of a variety of video equipment, monitored centrally from its interface.

The entire USF-Series of universal system frames, including the USF-106UDC-12G 4K up-down converter (which offers interlace and progressive and up and down conversion for a range of signals from SD and HD to 4K), will be on hand at the FOR-A NAB booth. Other USF series supporting 12G, such as the USF-105FS-12G frame synchronizer, USF-105UC-12G up converter, and USF-101MDX4-12G-101MDX8-12G audio multiplexer-demultiplexer, will also be introduced.