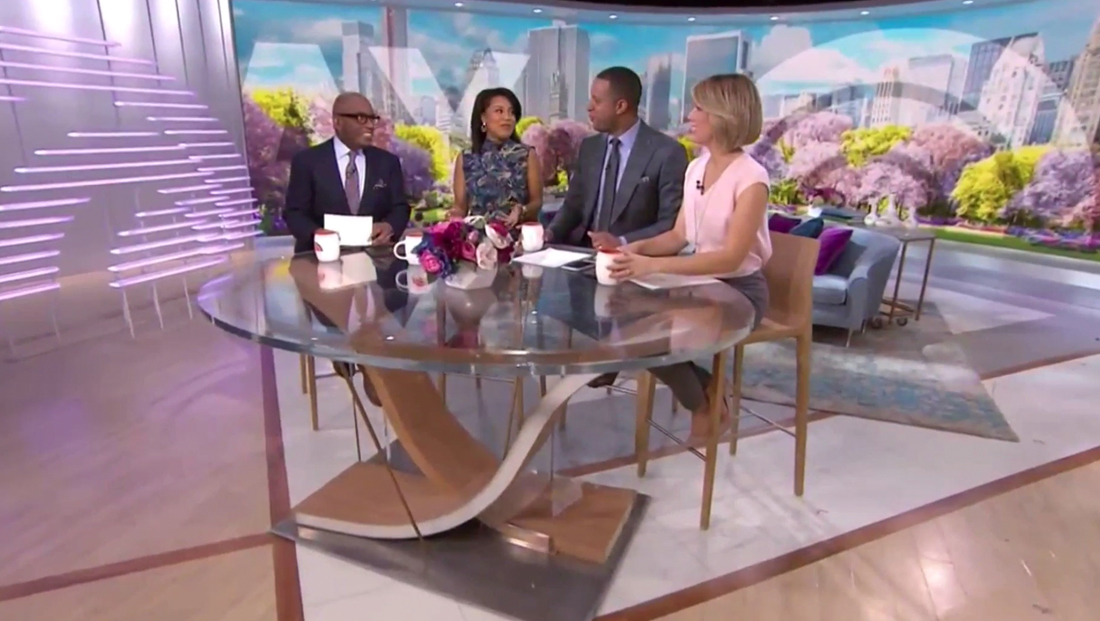 The third hour of “Today” debuted a new open on Wednesday, March 20, 2019 while also switching to a new spring themed background.

The new open eliminates the “from NBC News” reference and drops the announcer in favor Al Roker saying, “Live from Studio 1A in Rockefeller Plaza, this is the third hour of ‘Today.’”

While the open still uses the “Today” fanfare and blue look it switched to in January, the imagery has been updated to rountable shots of the show’s four permanent co-hosts, Roker, Craig Melvin, Shenielle Jones and Dylan Dreyer.

In addition to the new open, the show also switched over to a spring themed background on the video wall behind home base — a sweeping view of Central Park accented with bold violet flowering trees — a shade that coordinates with the show’s maroon-violet lower thirds.

The oversized “Today” logo remains overlaid on top of the background.

It’s also worth noting that this change is the first time the “third hour” name has been referenced in the show’s open — before it was identified simply as “Today” — though the network had been promoting the hashtag on air “#3rdHourToday” since January.