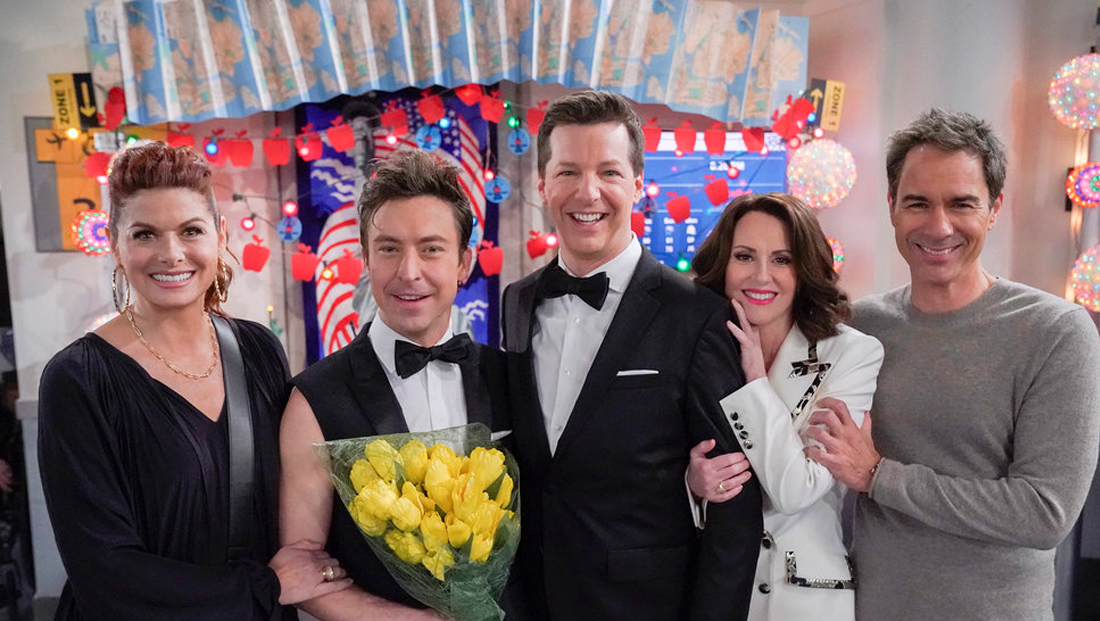 NBC’s “Will & Grace” signed off for the season April 4, 2019 with an airport episode that required the production design team to create and build a massive set that was then redecorated for an impromptu wedding.

The NBC sitcom built an extra-wide set that was supposed to be JFK and included, from left to right, a gate, concession and gift shop, entrances to restrooms and, finally, a bar.

The set was so large that it was built in the space normally occupied by the show’s primary sets — including Will’s apartment. The entire episode took place in the airport, so production did not require access to other sets while shooting.

During the first part of the episode, the airport looked like an everyday airport, but when a turn of events requires Jack and Estefan to get married JFK, the production team had to “redecorate” the gate area with what were supposed to be improvised decorations using items that could be found in an airport.

The airport set included a large faux window with the nose of an airplane visible along along with yellow and black wayfinding signs inspired by the real ones used at JFK, as well as flatscreen departure and arrival boards.

While must of the space gave off the rather drab commercial interior of many airports, splashes of color were found in artwork — while also allowing the decorations added for the wedding to pop. 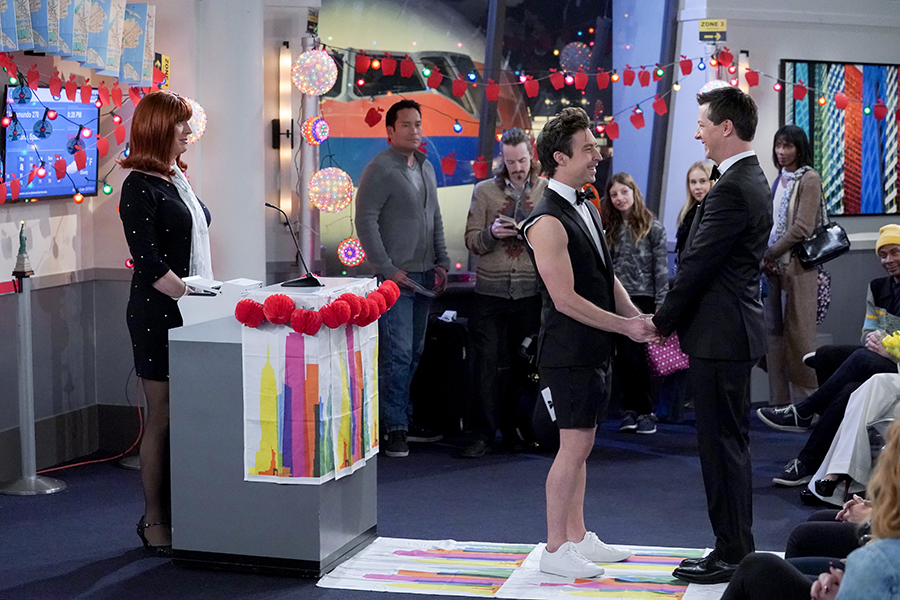 To create a makeshift alter, the show transformed the ticket kiosk near the gate door into a “pulpit” wrapped with colorful abstract New York City skyline sheets that were also placed on the floor to define the aisle.

Garland with apple cutouts and string lights as well as additional light up decorations were placed around the space as well. 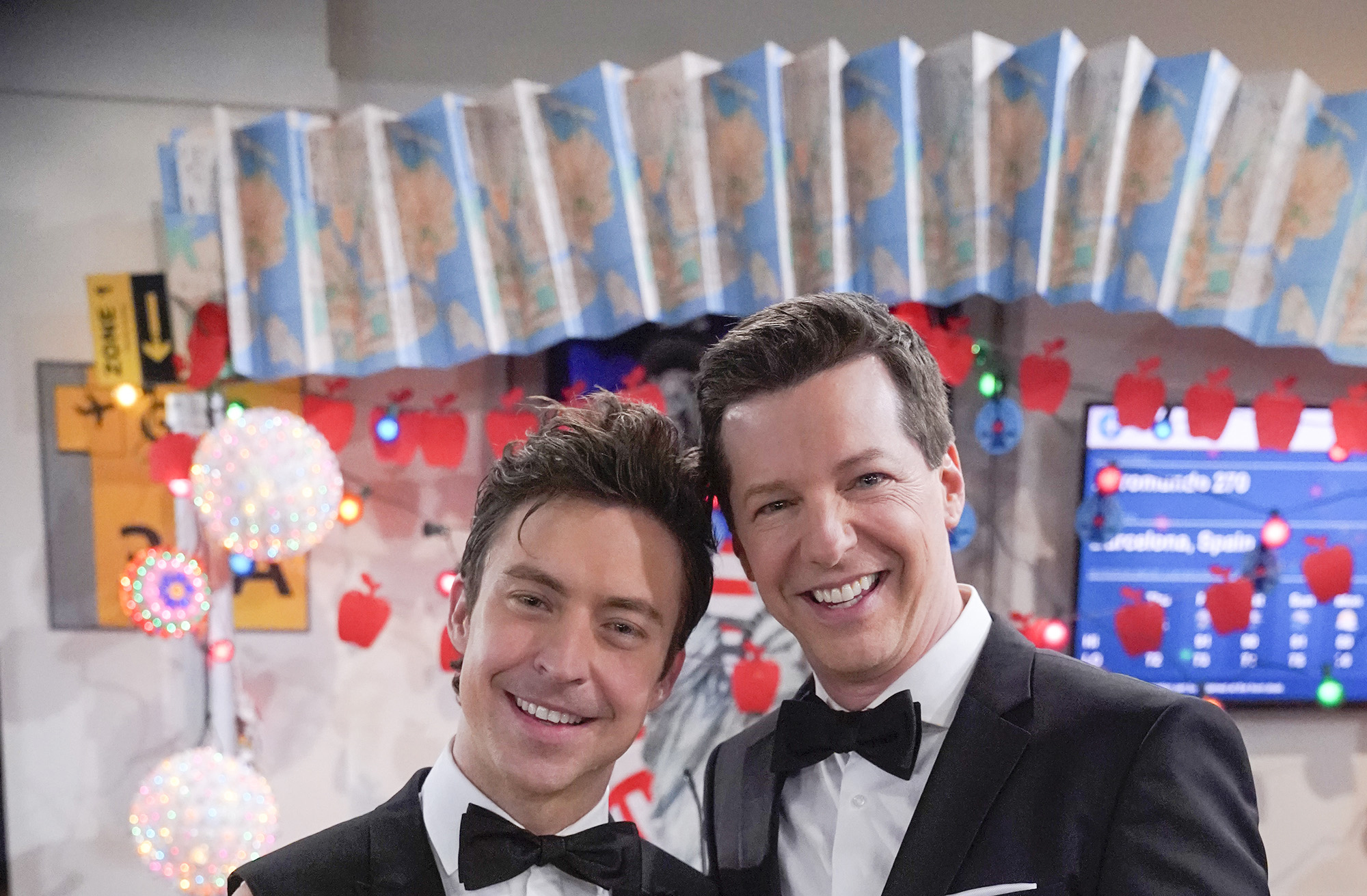 Behind the kiosk an archway was created from maps of New York City strung together to form an accordion-like look.

Small souvenir statuettes of the State of Liberty and New York buildings were placed on ledges throughout the gate area, including one perched on top of a queue stanchion.

For the wedding ceremony, the familiar black and silver rows of waiting chairs were rearranged to face the gate. 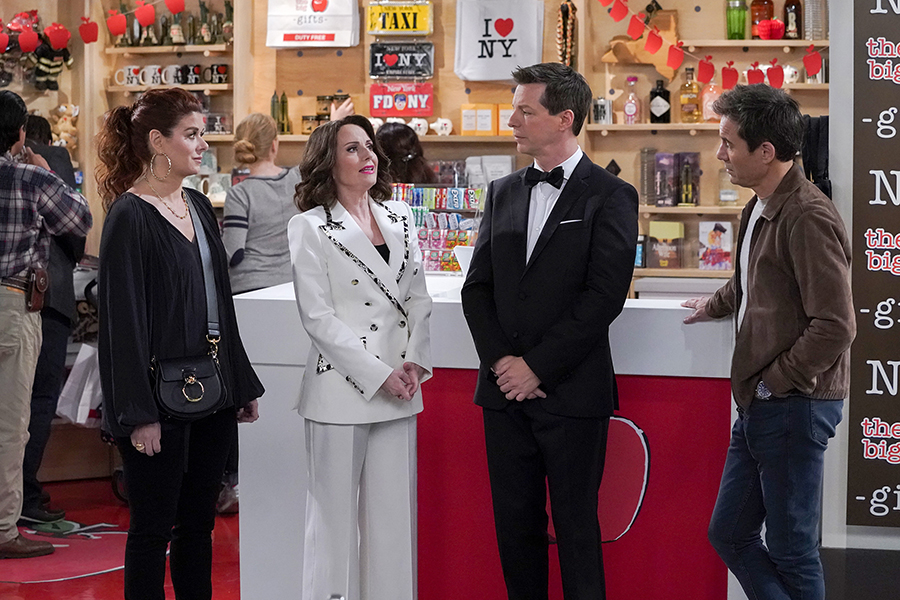 Next to the gate, a small shop with snacks and New York City souvenirs on display served as an additional setting — which included real candy bars, according to a behind-the-scenes video the show posted online. 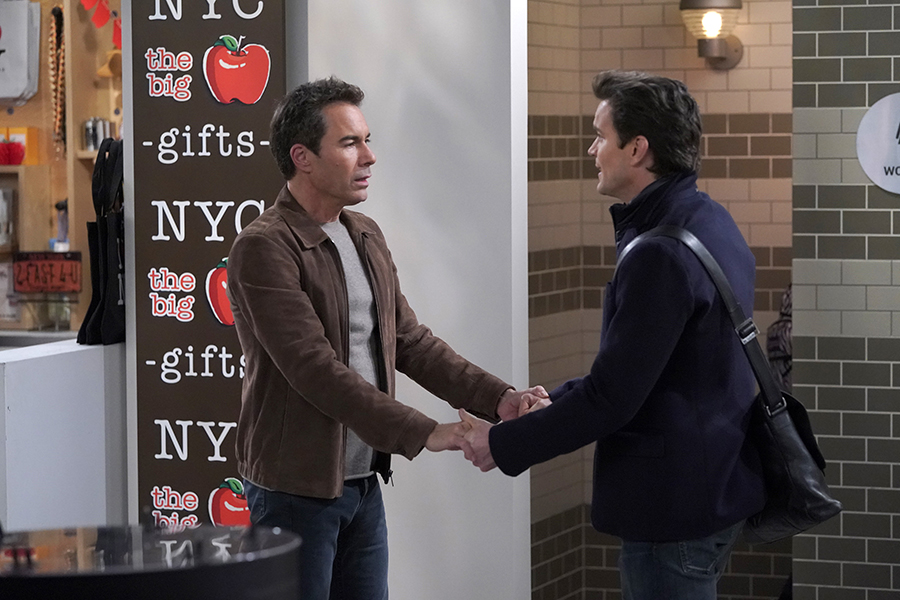 Adjacent to the shop, the production design team built another airport staple — the entrances to restrooms. This area included circular identification signs mounted on the subway tiled walls. 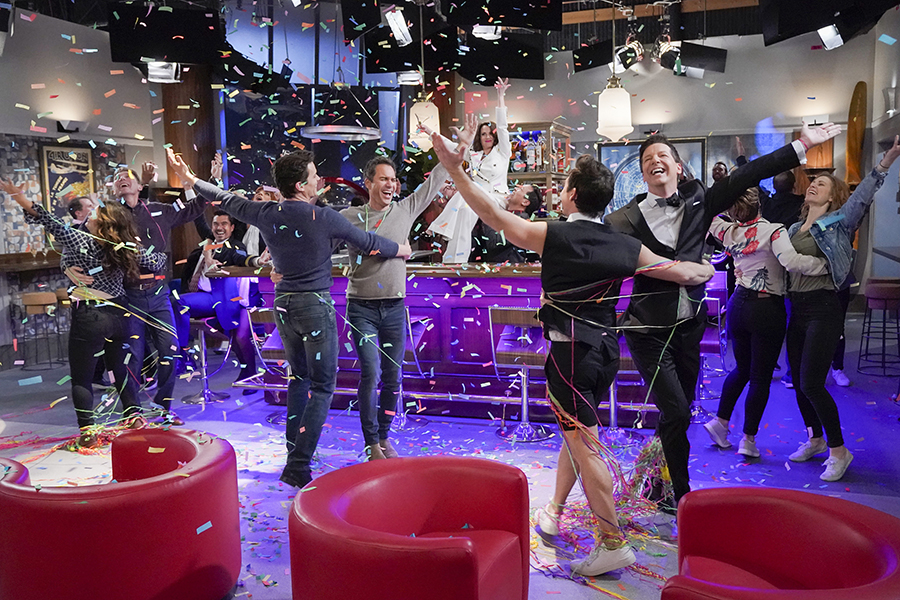 To the far right, the show built an airport bar set, which included red armchairs along with modern wood and metal barstools.

Large cylindric pendant lights flanked the freestanding bar rack in the center of the island bar, with additional seating scattered around the perimeter of the set — which also included framed artwork and wall coverings that gave this area a bit more of a textured and colorful look.

One of these decorations was a circular relief map of the world, which introduced a circular design motif that was carried through in the circular shapes found on the geometric wall to the left, a bold red shelving unit, circular footprint of the armchairs, a large blue print in the background and the cone-shaped sconces on the walls.