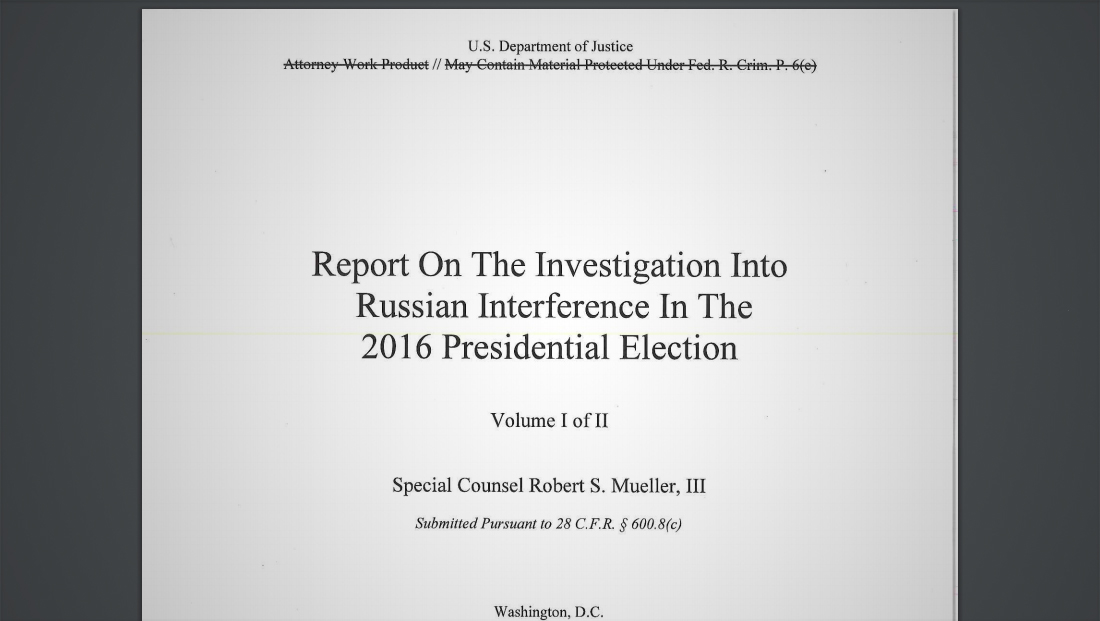 One of the biggest challenges of the Mueller Report coverage, besides its sheer size and fairly heavy redactions, is the fact that it’s not exactly indicative of the adage “a picture is worth a thousand words.”

So, how are networks covering a story where the main topic is essentially millions of letters?

After the report was released, networks, like the public, had access to a PDF of the report.

The PDF, however, was formatted in such a way that the text could not be copy and pasted — likely to protect redacted text — which would make it hard to pull excerpts from it and turn into graphics quickly. 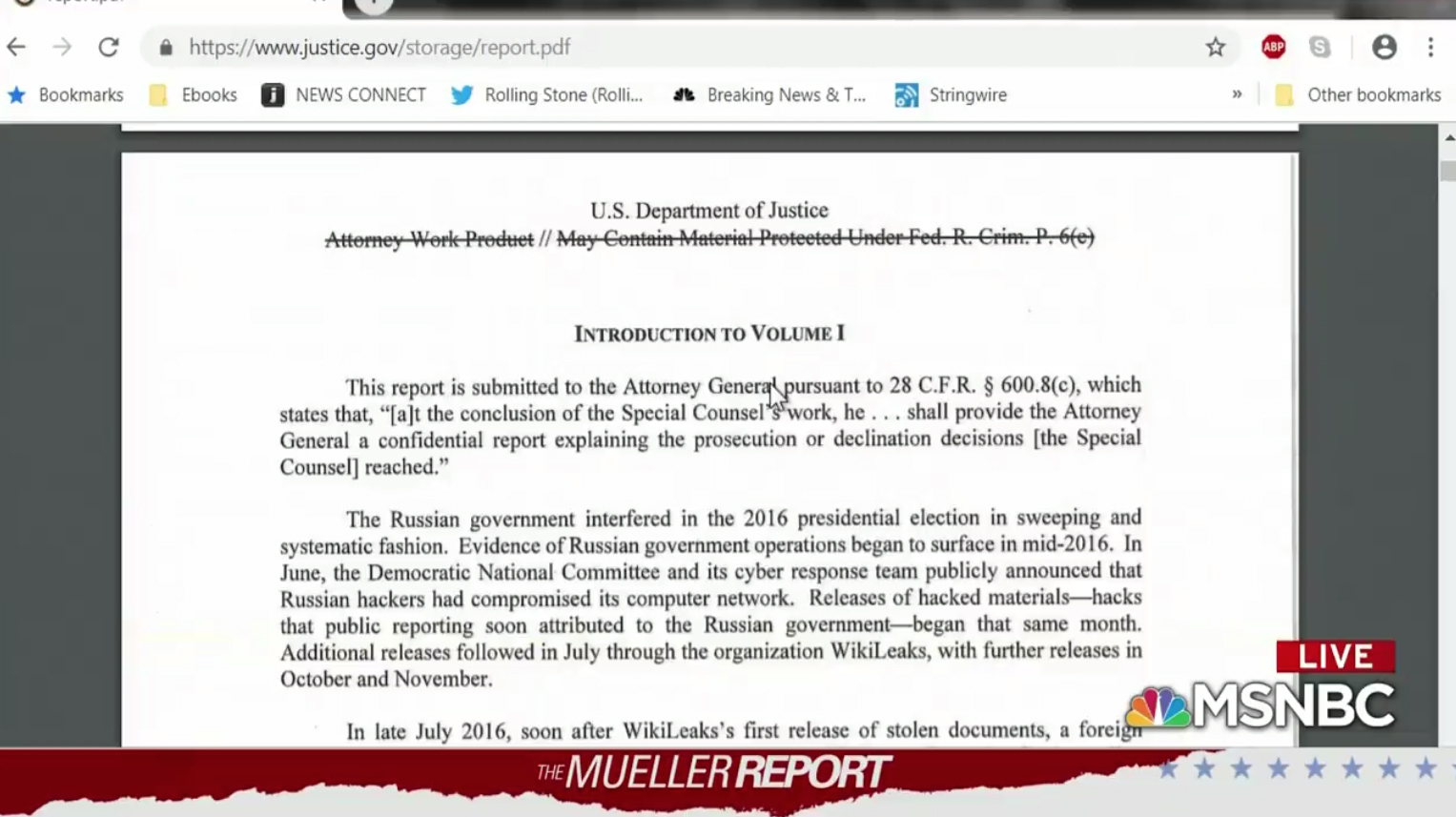 At first, MSNBC was showing a live feed of a web browser open to the file directly on the Justice Department server. 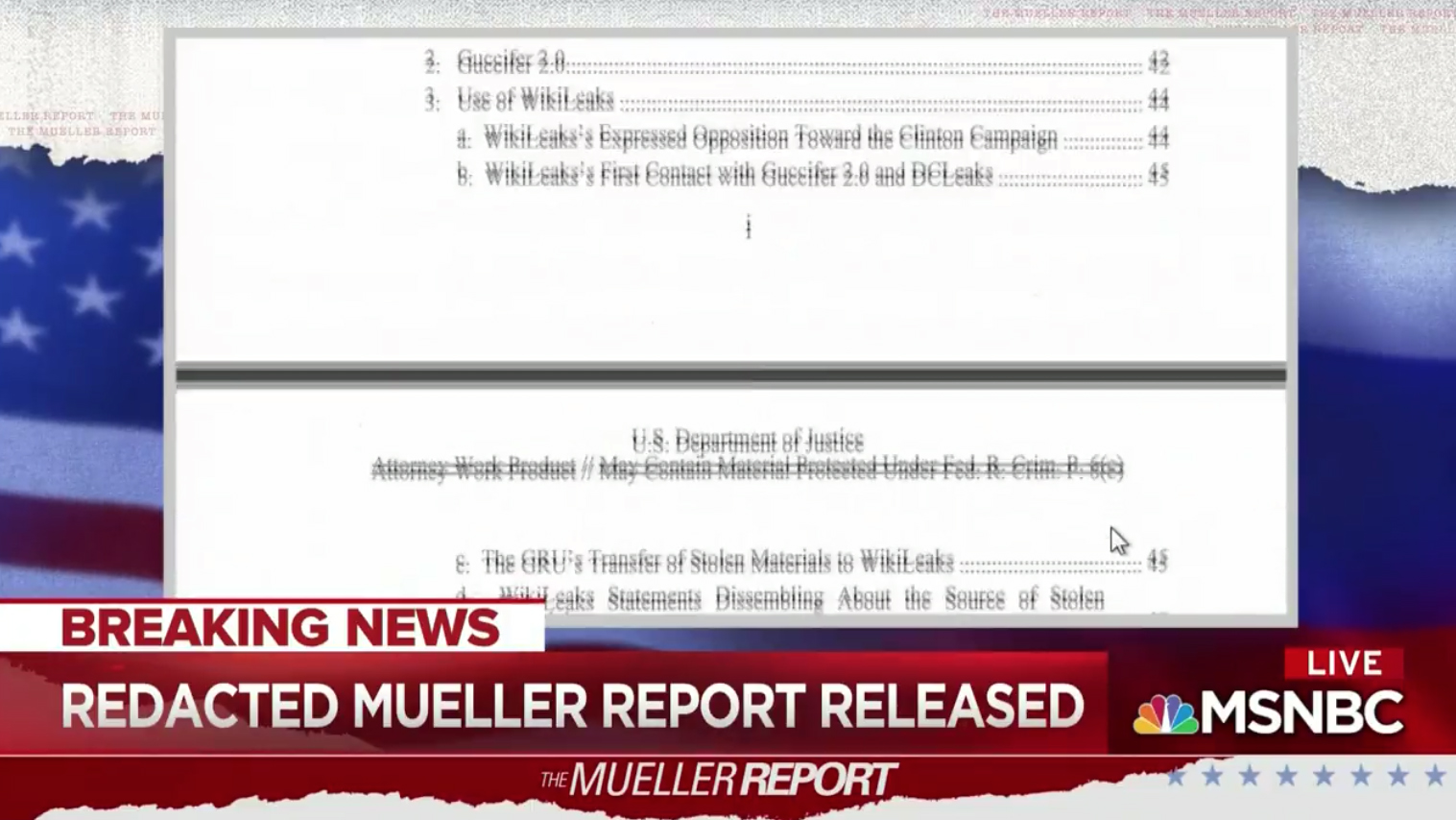 Later, the network switched to a ‘framed’ version of the file that could be, as shown here, scrolled live on the air. 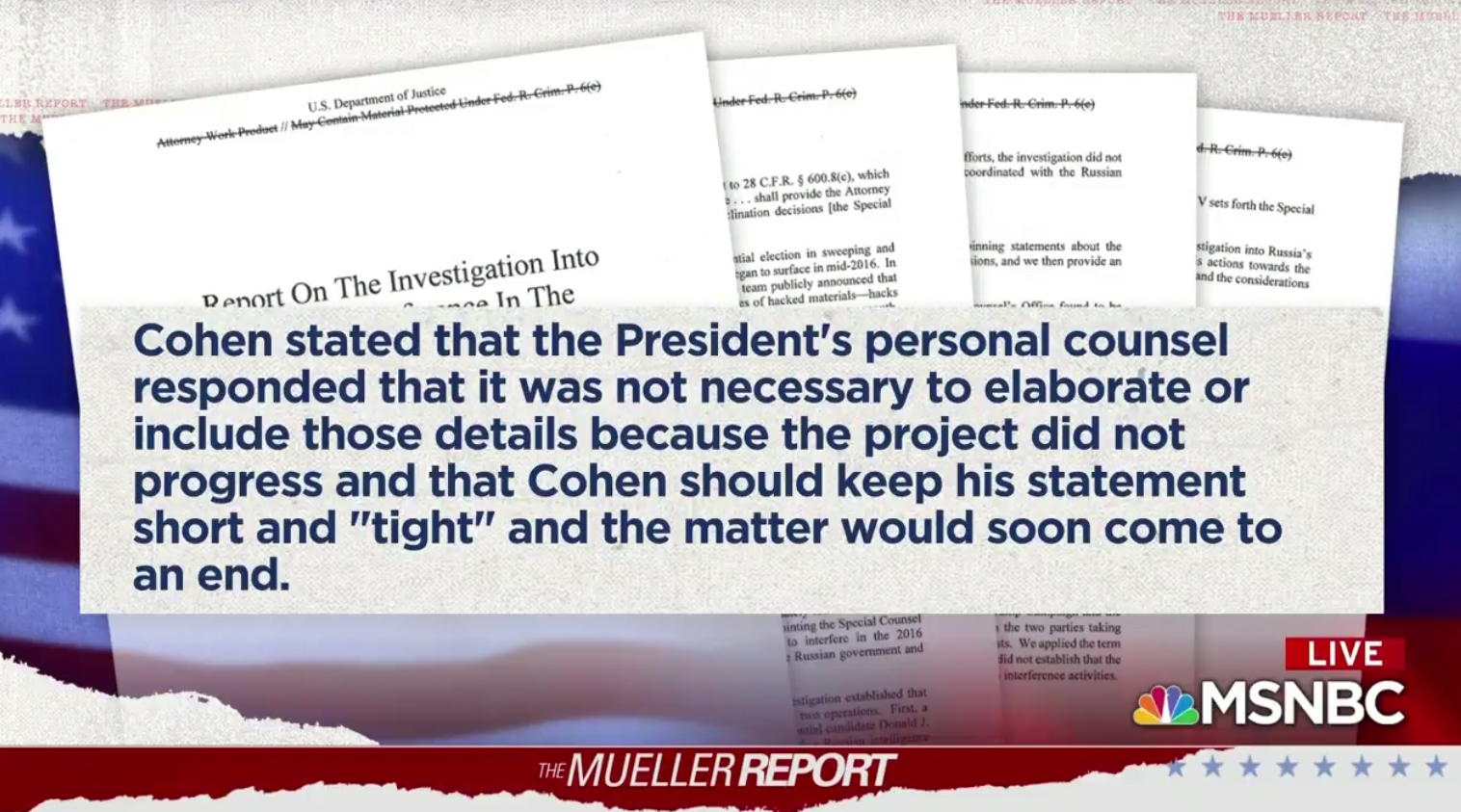 Later in the day, MSNBC introduced fullscreen graphics showing fanned out pages of the report in the background set against the ‘ripped paper’ motif along with pull quotes in blue text in front. 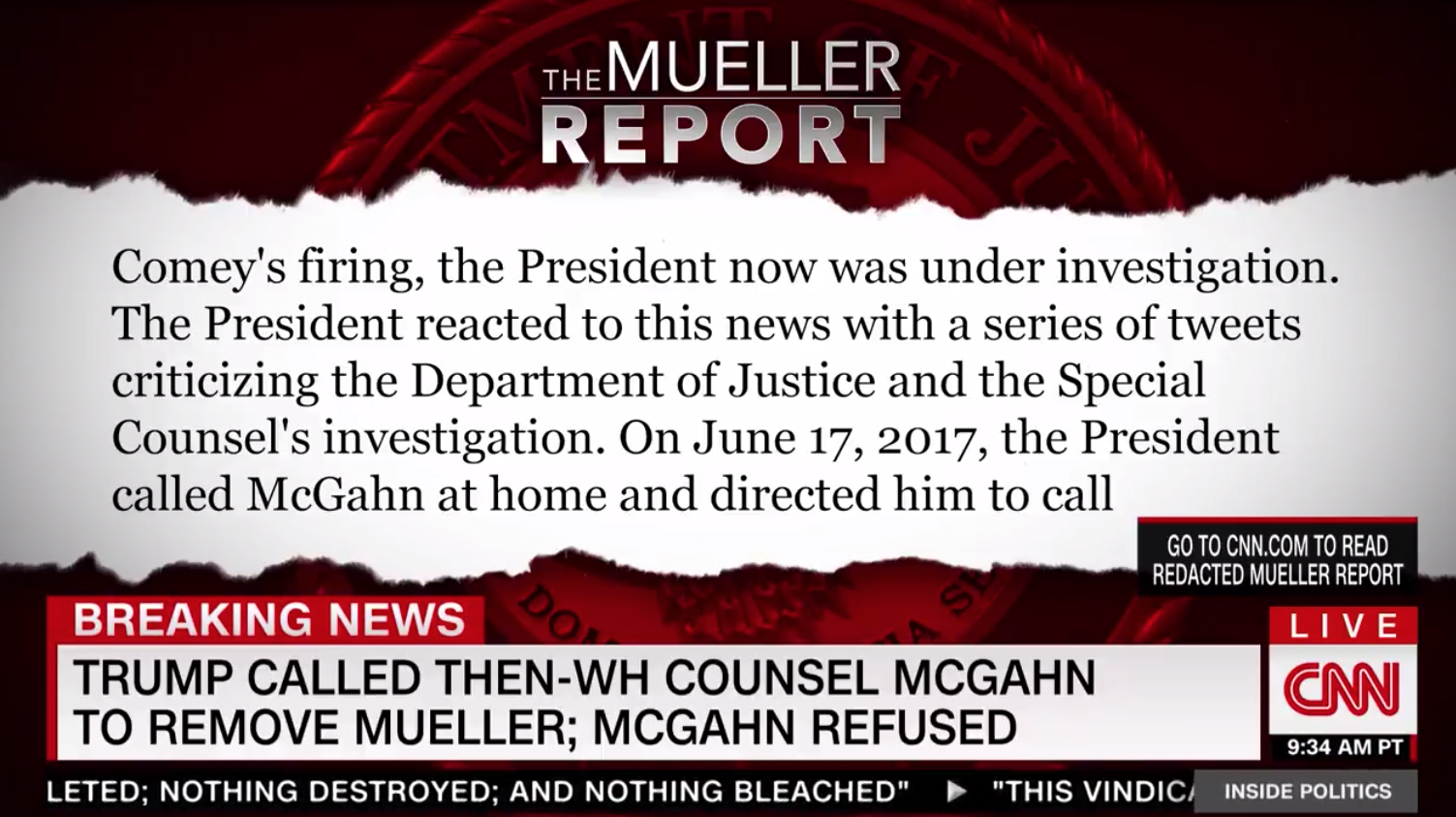 CNN did manage to create some graphics with excerpts of the report set against its Mueller Report branded background inside of a white box with ‘ripped’ edges. 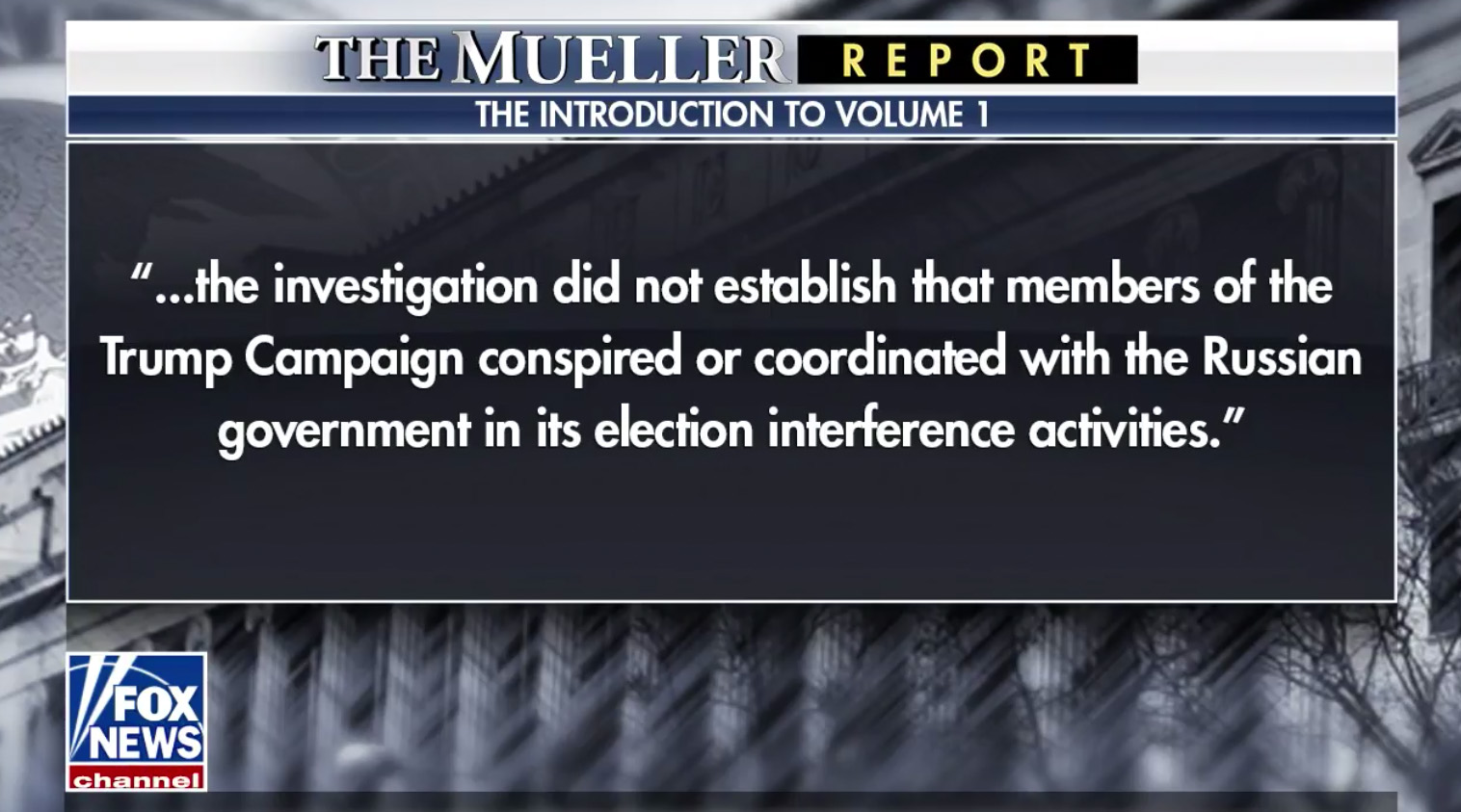 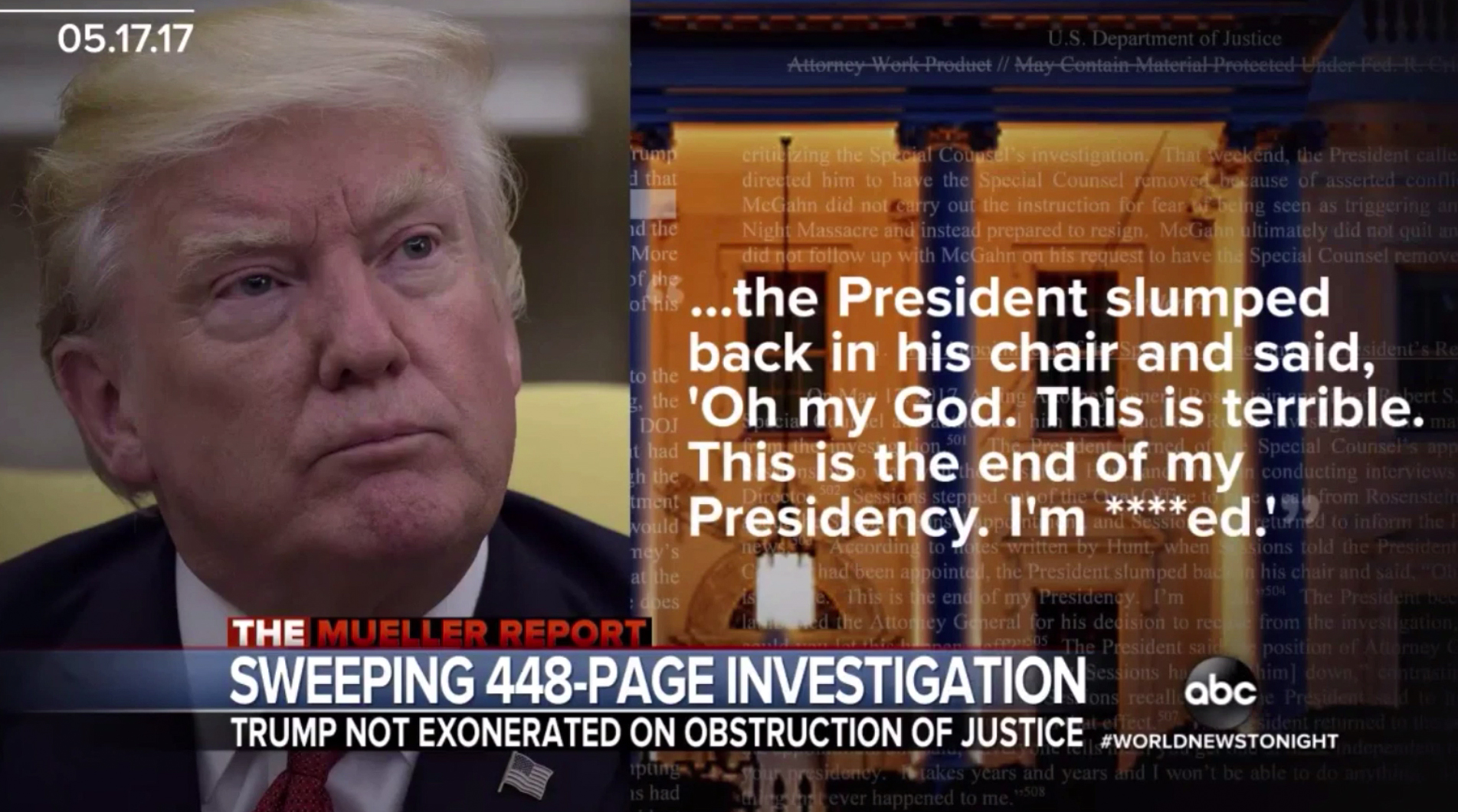 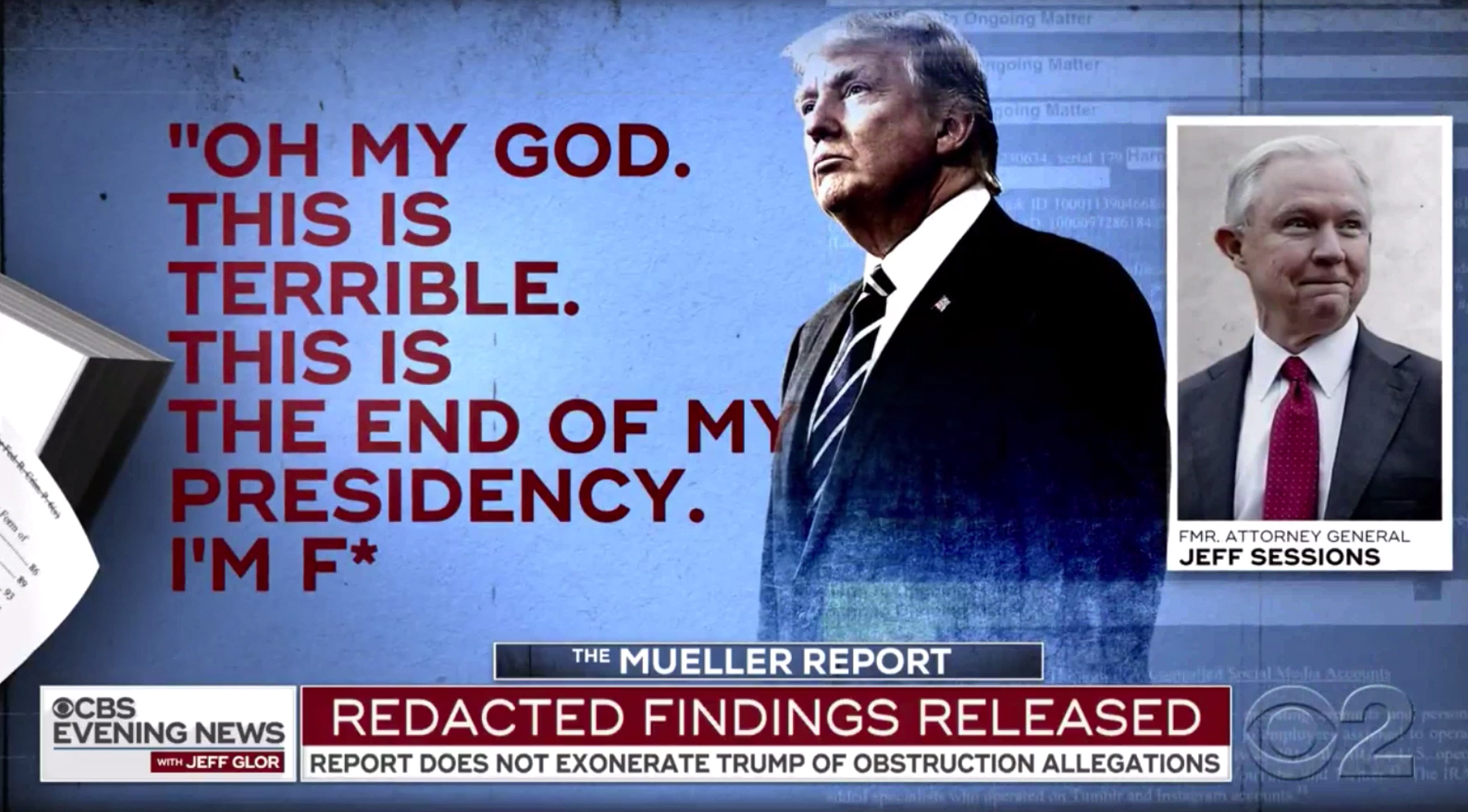 ‘CBS Evening News‘ continued to use its blue-gray look, though with some grungy textures added. 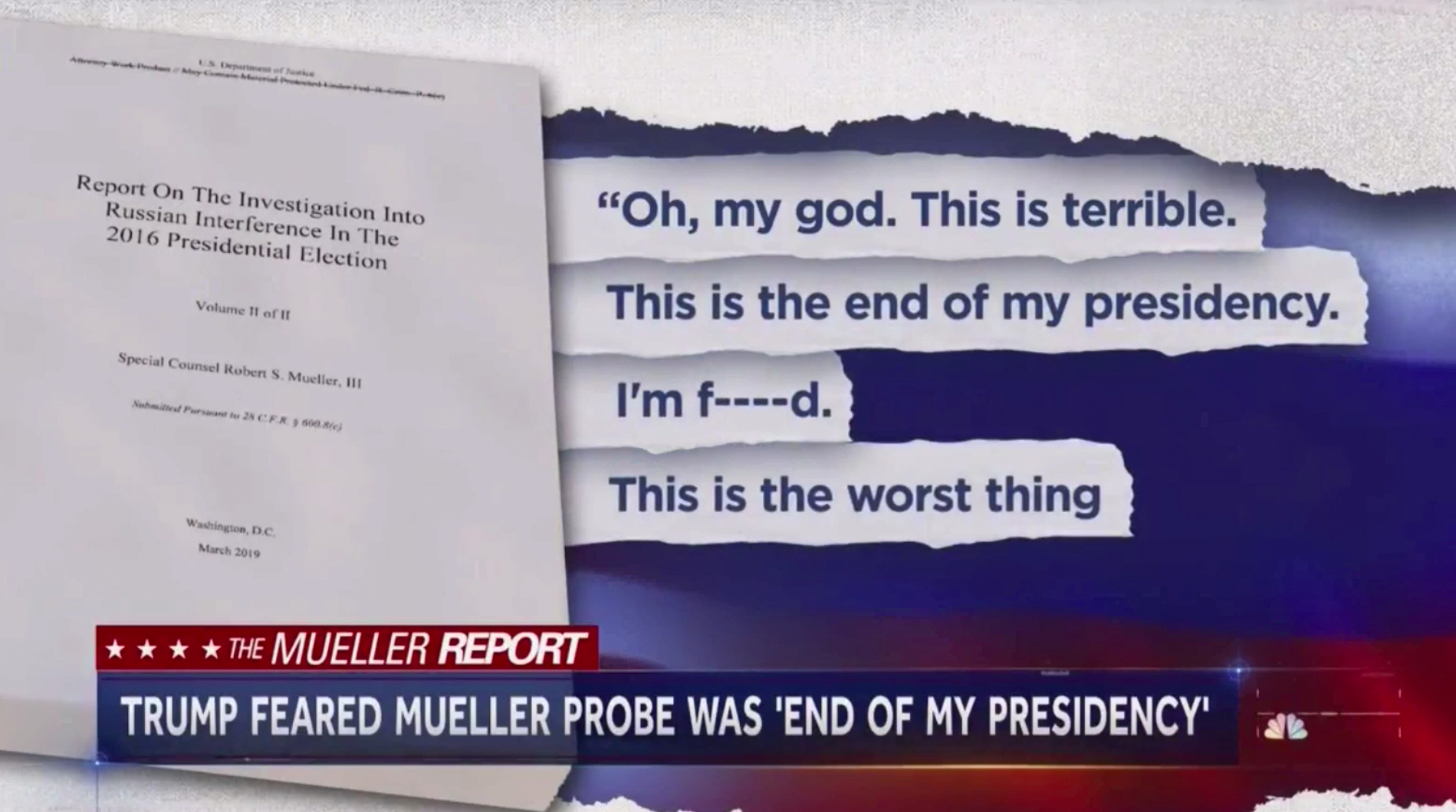 NBC continued using the graphics it used earlier in the day on ‘NBC Nightly News,’ the the look was refined a bit by the time the broadcast hit the air.

In addition to the on-screen text and views of the report, networks are also relying heavily on loops of still photos and video footage of Mueller, Barr, Trump and other key figures.

During earlier reporting, anchors and commentators were also seen on air literally reading from printed or digital copies of the report.

This is a developing story and will be updated.