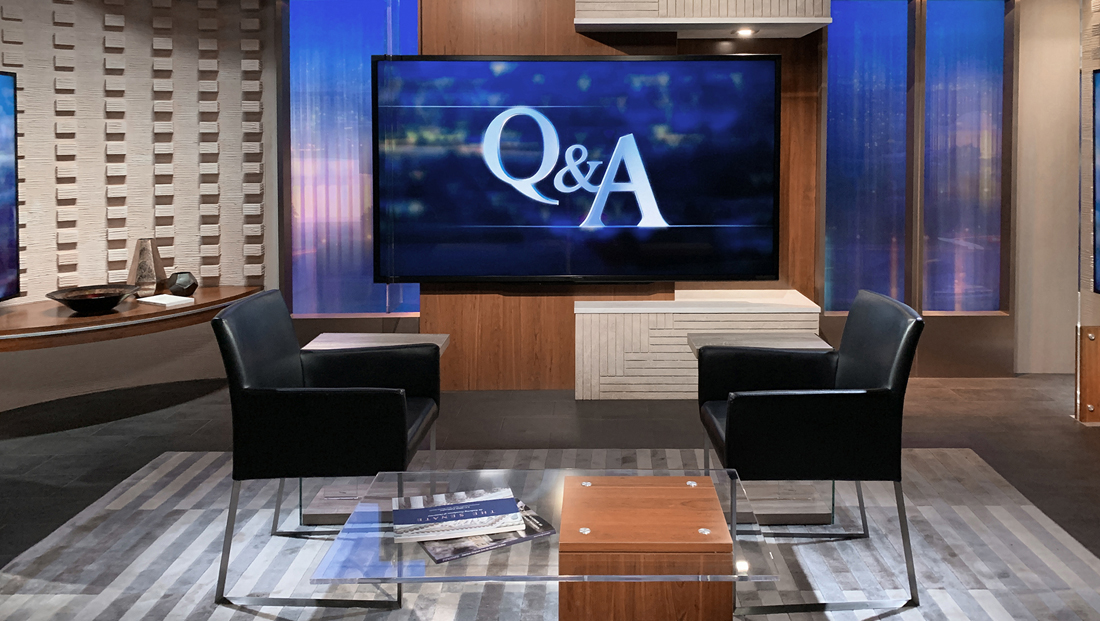 C-SPAN’s “Q&A” debuted a new home that has been designed to create a comfortable, welcoming space for both viewers and in-studio guests.

“The goal was first and foremost to create a space that would put guests at ease when they walked in — one that would not feel like a television studio,” said designer Eric Siegel, who worked on the project with his design partner George Allison. 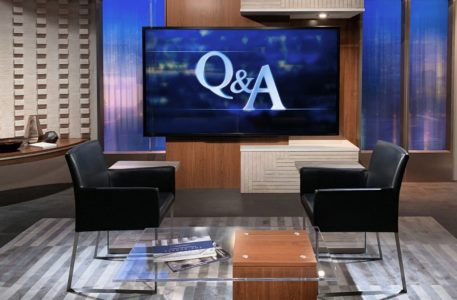 The new “Q&A” set is in Studio B at the network’s Washington, D.C. headquarters.

The new look for C-SPAN’s ‘Q&A’ is a warm blend of technology, textures and finishes arranged in an asymmetrical layout.

“Host Brian Lamb also felt that it was important that longtime viewers not feel jarred by the new look and that it should include elements that would be familiar to those who have been watching faithfully for years,” said Seigel.

Lamb is set to retire from C-SPAN after 40 years with the network — including serving as host of “Q&A” and the network’s chairman.

The updated set boasts two 85-inch video panels situated behind the host and guest chairs, much like how the old set worked. 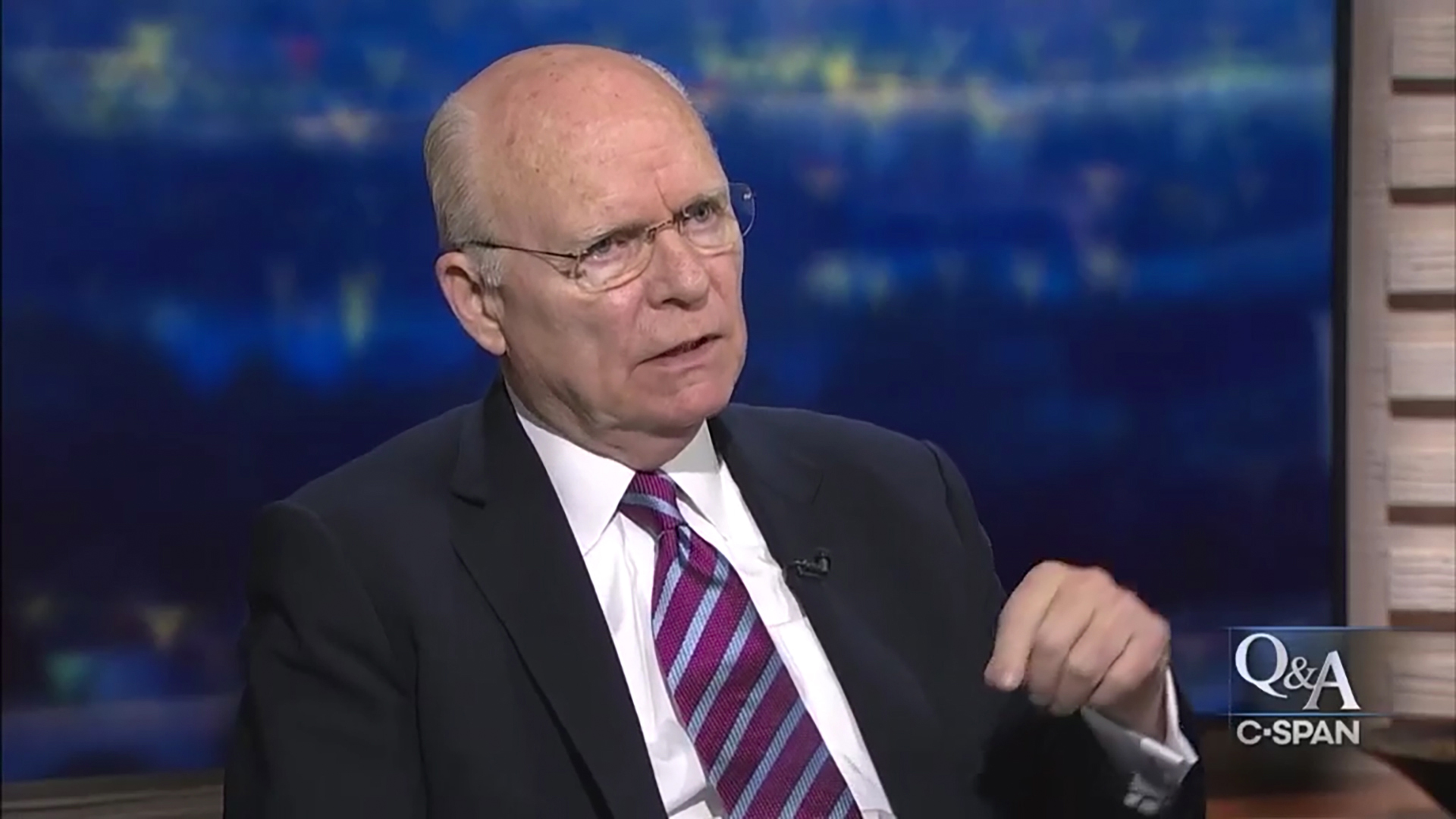 One shots on both host Brian Lamb and the guest position are backed with an 85-inch video panel, that features a blurred nightscape graphic.

The design team did update the graphics fed to these panels specifically designed to keep the “evening feel” of the program, explained Seigel. 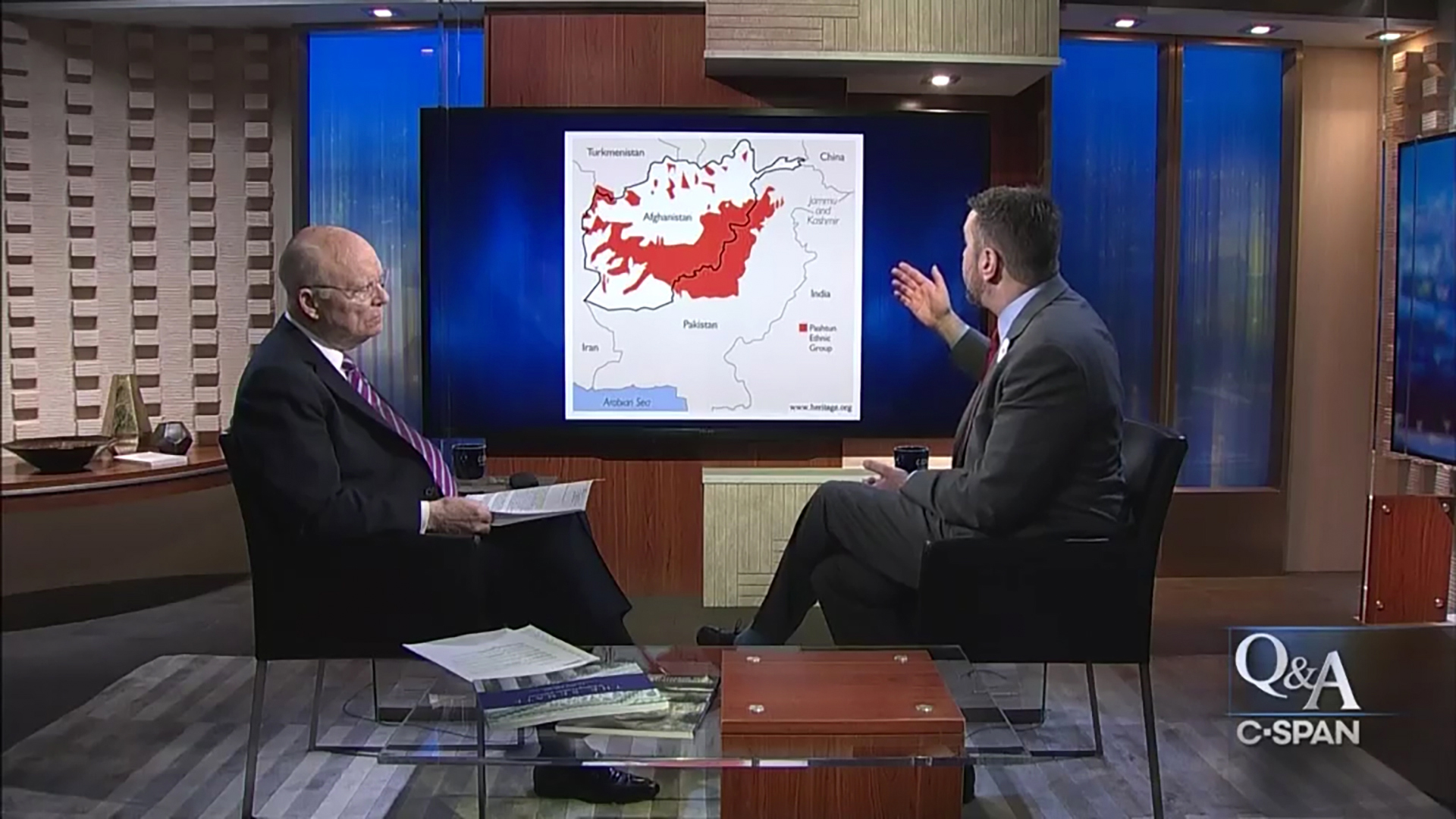 In the center of the set, a 90-inch monitor can be used for both branding and storytelling content.

Behind the set, which needed to fit within a compact footprint, two additional vertical 85-inch panels are integrated into the set wall to create virtual windows, which display similar nightscape imagery as the other screens.

The faux windows, however, feature two different sizes of frames, including one that crops some of the video panel’s surface, which creates a consciously asymmetrical look that’s a departure from the popular “window” arrays created using vertically mounted video panels. 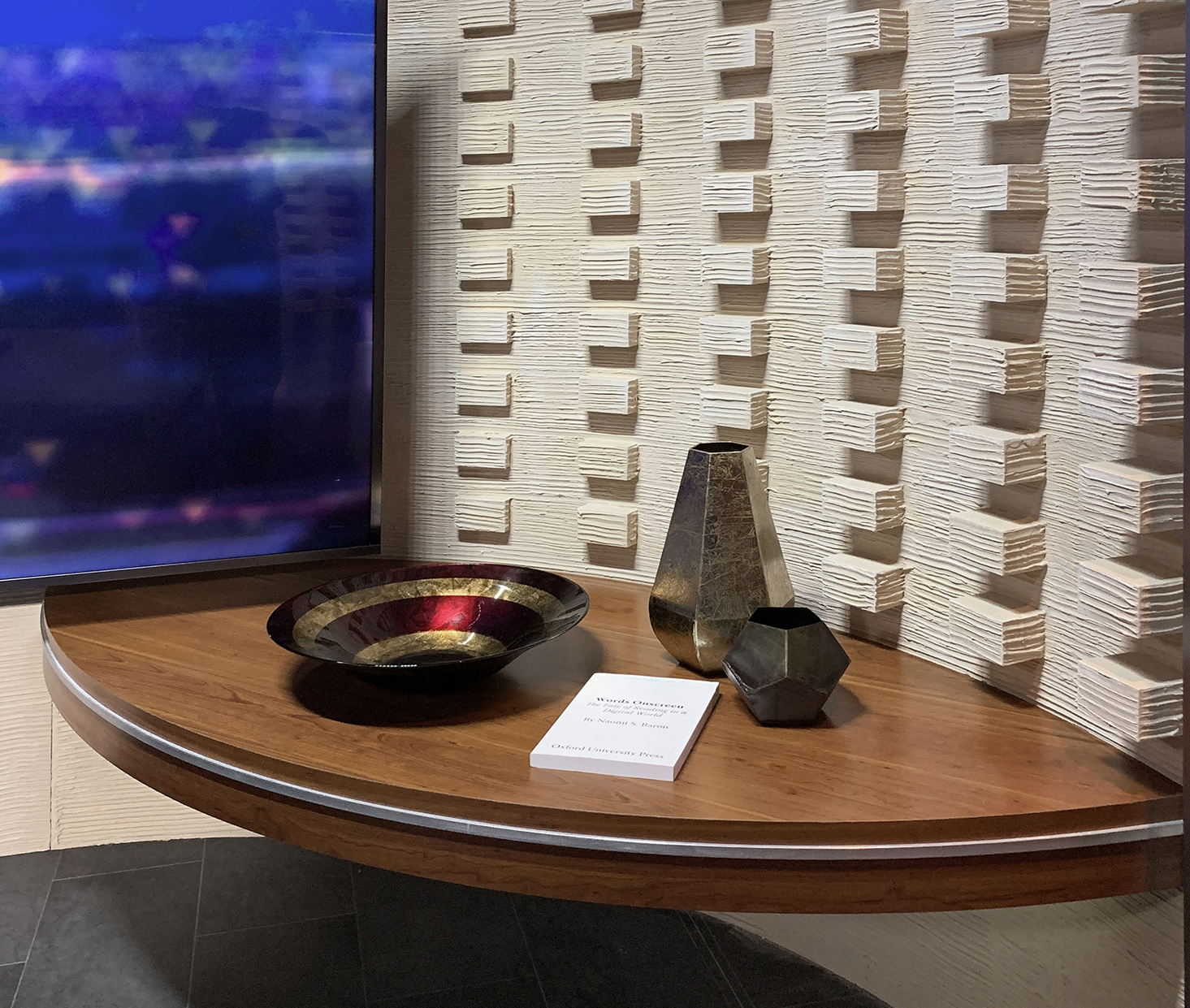 The asymmetrical design is continued through the set’s walls, which are decked out with a variety of architectural materials, including wood, metal, glass natural stone and custom textures.