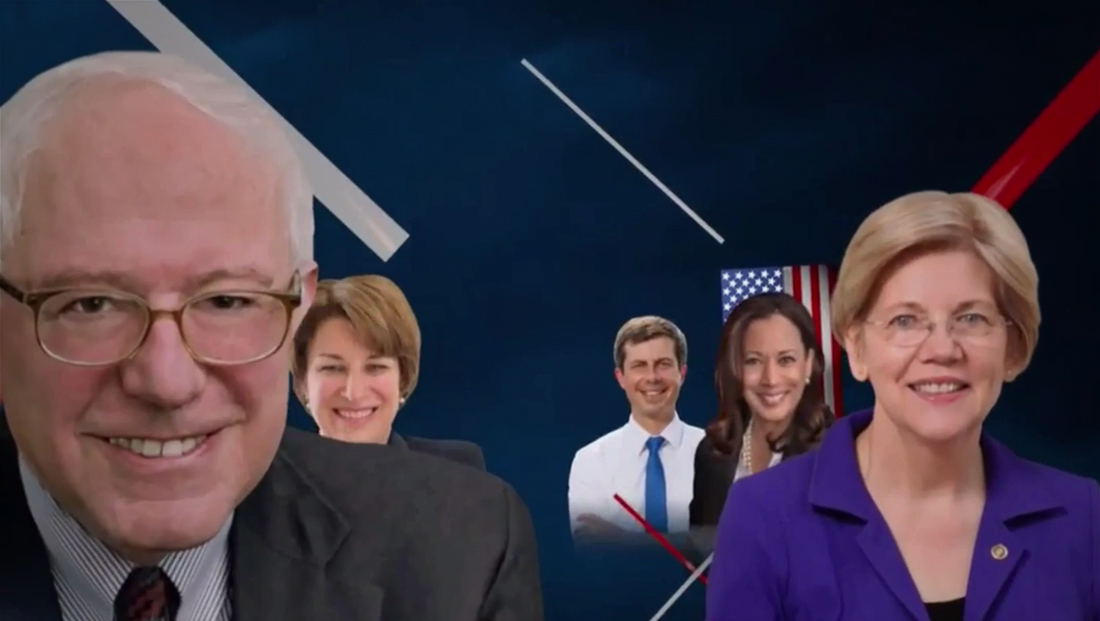 The network kicked off the night with Sen. Amy Klobuchar. At the top the hour, the network briefly experienced a graphic glitch where the countdown and timeline graphic loop continued to be shown on air — with the clock sitting at 00:00.

The banner and CNN bug were also in the wrong position; the “live” bug was too high and the CNN bug covered up the hashtag graphic in the gray box that sat below the logo during the rest of the broadcasts.

Each town hall open featured cutout headshots of all five candidates participating, with the the person headlining the current town hall moving to the end with his her name and title appearing at the end of the open.

Sen. Elizabeth Warren was next. All five town halls were aired live from Manchester, New Hampshire.

CNN used an auditorium at Saint Anselm College for the event.

The space was decked out in the network’s blue and red “America’s Choice” graphics and look. 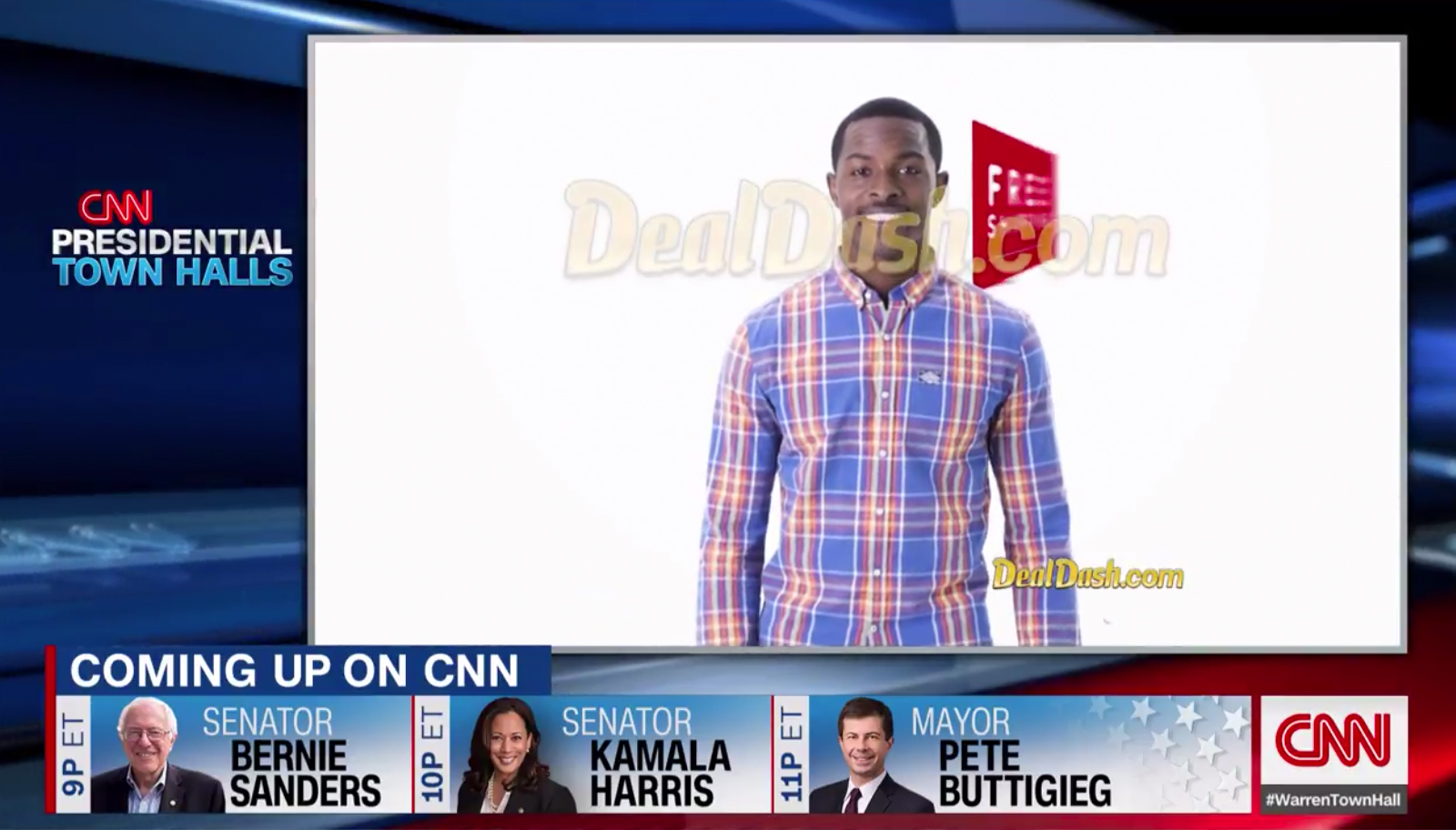 During the town halls, commercial breaks were presented inside of a branded frame, with a lower third banner promoting the upcoming lineup.