WOIO, the Gray Television CBS affiliate in Cleveland rolled out a new logo design, tagline and graphics earlier this month.

The station continues to brand on air as “Cleveland 19” and “19 News” but added the tagline “First. Fair. Everywhere.”

The tagline ties into the station’s existing “First Alert” weather branding — which also uses the “sub brand” of “Precision Forecast.”

Meanwhile, the new slogan echoes the station’s previous “Honest. First. Everywhere.” slogan it used during its days as “Action News” that ended in 2015 and also has some parallels to the alliterative “LLL” branding used at other stations — “Live. Local. Late Breaking” or “Local. Live. Late Breaking.”

In addition, the words “fair” and “everywhere” rhyme, giving the tagline a memorable ring even without every word starting with “F.”

Along with the update, the station also introduced a redesigned logo — shedding its rather dated looking blue and gold logo. The new logo switches entirely to sans serif. The logo loses the distinctive ‘old style’ ‘9’ it sported before in favor of two numerals inside a square red box. 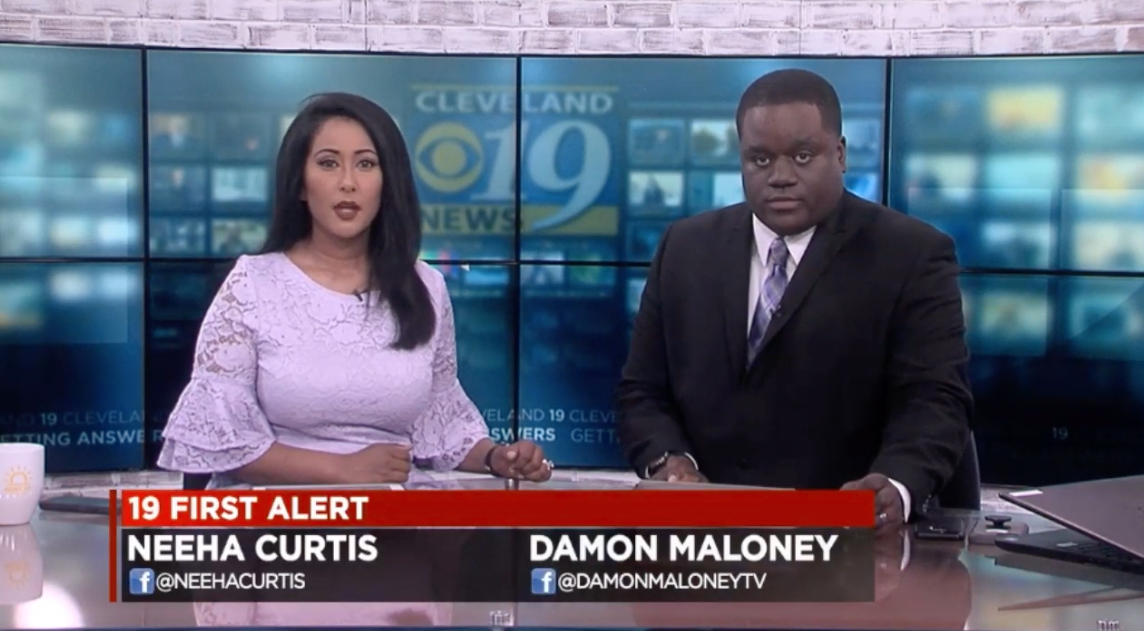 Previously, the station used red graphics along with the blue and gold logo and a simulated control room background behind its anchor desk, which retains the same look. 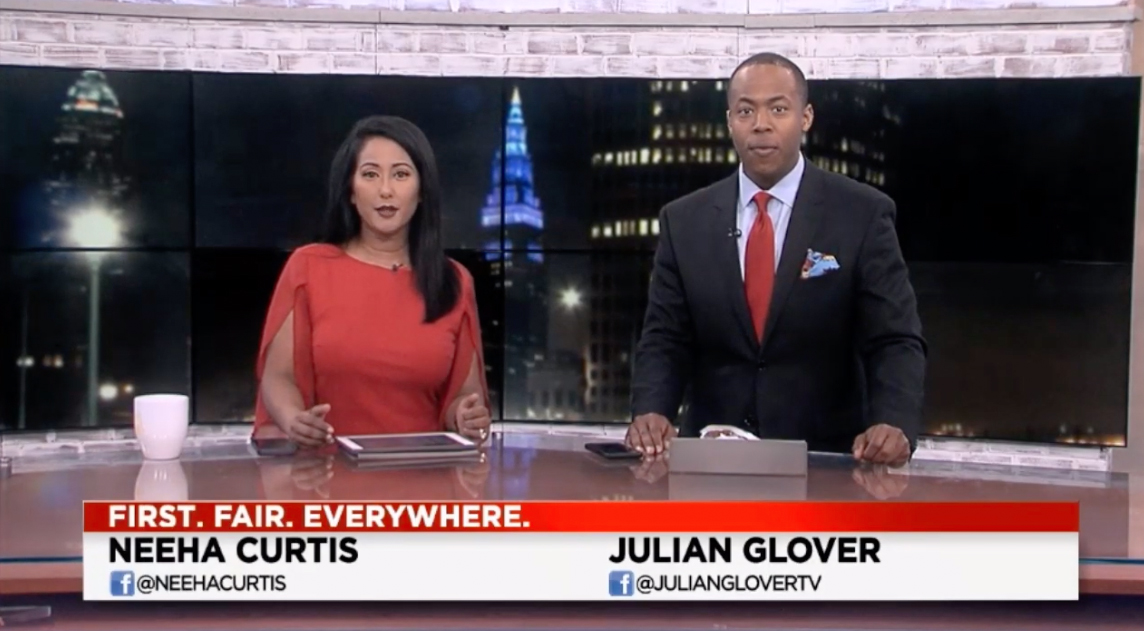 The station’s new graphics, meanwhile, are now red and white — and eliminate the narrow spaces between boxes. Gray Television has, in the past, standardized its graphics across properties.