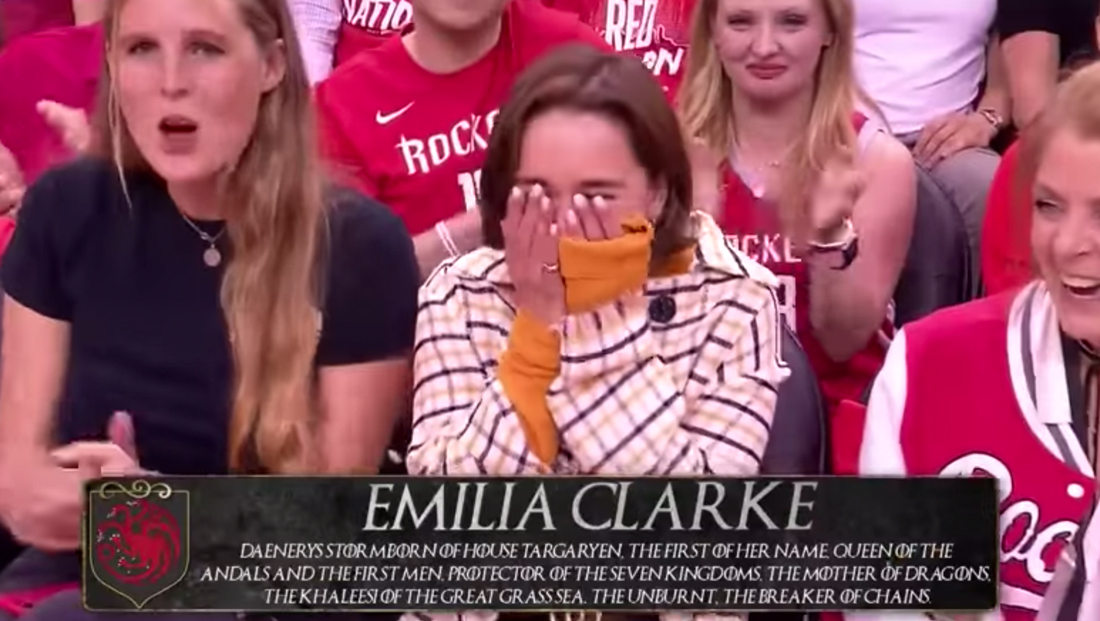 The Houston Rockets took full advantage of “Game of Thrones” fever — and the Starbucks cup fuss — when it found out one of the stars of the HBO series, Emilia Clarke, was in the stands.

During the team’s Friday, May 10, 2019 game against the the Golden State Warriors, the team’s mascot, Clutch, walked by Clarke holding a coffee cup.

As he walked by Clarke, who plays Daenerys Targaryen on “Game of Thrones,” he pretended to notice her in the court side seats and went over to her, “kissing” her hand and bending at the knee.

Someone left a coffee cup in a ‘Game of Thrones’ shot https://t.co/jc9u2kccTy #TVNews #BroadcastNews

The Toyota Center’s stadium control room, meanwhile, carried a live feed of the exchange on the stadium’s large video screens so fans could watch the action unfold.

Clarke, meanwhile, responded by laughing and covering her face with her hands.