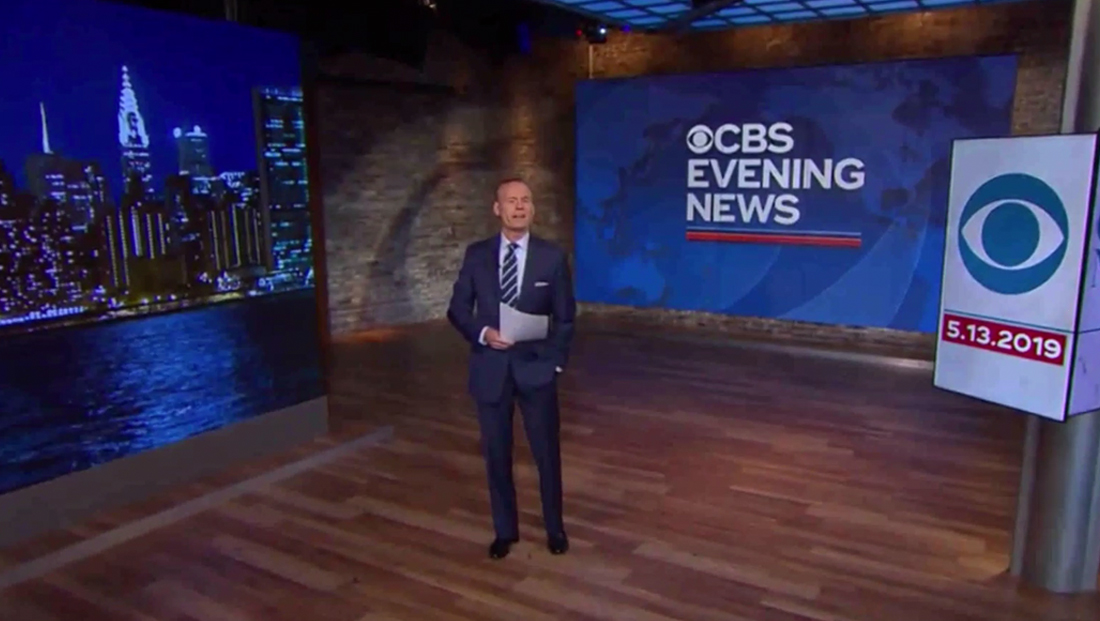 “CBS Evening News” — which is currently anchor-less after Jeff Glor’s last broadcast Friday, May 10, 2019 — is once again without a name in its show title and graphics.

After CBS announced plans to replace Glor with “CBS This Morning” co-anchor Norah O’Donnell sometime this summer, Glor opted to leave “Evening News” Friday rather than serve as a “lame duck” anchor.

At the time, Anthony Mason, who will take over as a co-anchor of “This Morning” May 20, served as an interim anchor from the time Scott Pelley was removed as anchor and Glor took over in December of 2017.

However, Mason did not get his name on the show’s title.

CBS is using a rotating cast of anchors on “Evening News” until O’Donnell takes over later this summer from New York.

The show is eventually slated to move to Washington, D.C. later in the summer, where the network will reportedly build a new set for the broadcast.

On Monday, John Dickerson, who also appeared on “CBS This Morning” earlier in the day, anchored the broadcast, which had its lower thirds, titles and on-set graphics updated to remove references to Glor’s name.

Dickerson himself will be leaving “This Morning” for “60 Minutes” after May 17’s broadcast.

“CBS This Morning” is also scheduled to get a new look May 20.