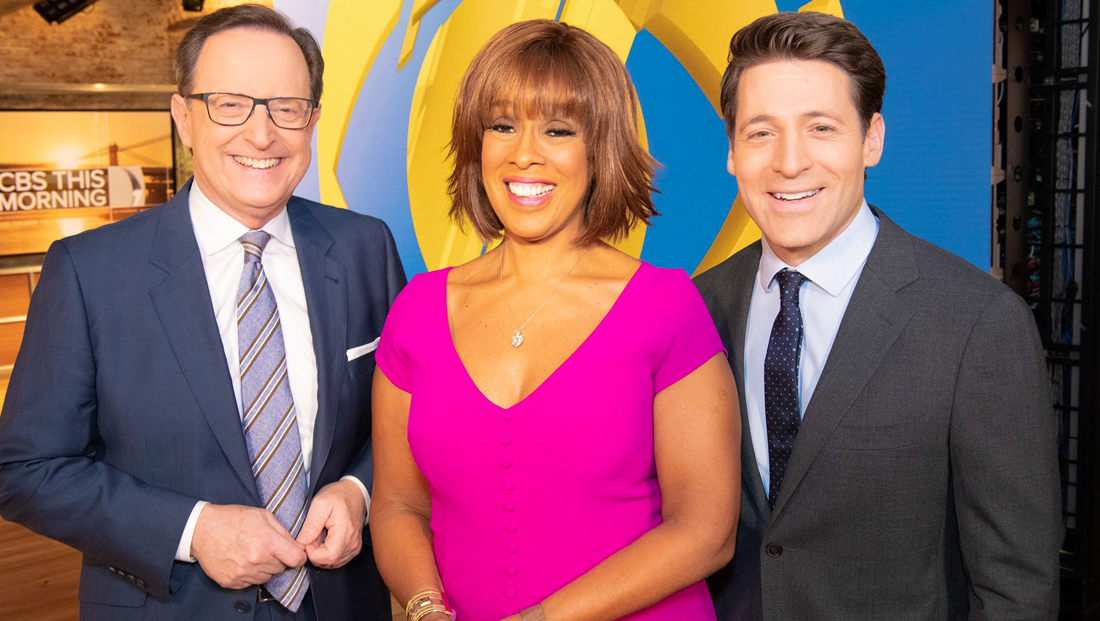 “CBS This Morning” will debut new graphics and new ways of shooting Studio 57 when the new anchor team of Gayle King, Anthony Mason and Tony Dokoupil hits the air.

King posted a video to the show’s Twitter account announcing the team had just finished its first rehearsal.

In the clip, she indicated the show is getting new graphics and will change how it uses the set.

Last week, CBS released a photo of the new anchor team — which notably featured a sort of segmented, extruded blue and gold look that doesn’t match its current look — though it was not immediately clear if that’s the new look.

NewscastStudio reached out to CBS News for comment and did not receive a reply.

The video didn’t reveal much in the way of what the changes could be — though it is worth noting the studio’s anchor desk appears in the background without its “wings.”

The changes are slated to take effect May 10, 2019. Norah O’Donnell and John Dickerson are being reassigned to “CBS Evening News” and “60 Minutes,” respectively.

In exactly one week, you’ll notice some different faces at the table + some new things you haven’t seen before on #CTM. ? pic.twitter.com/Os6xoglSyo