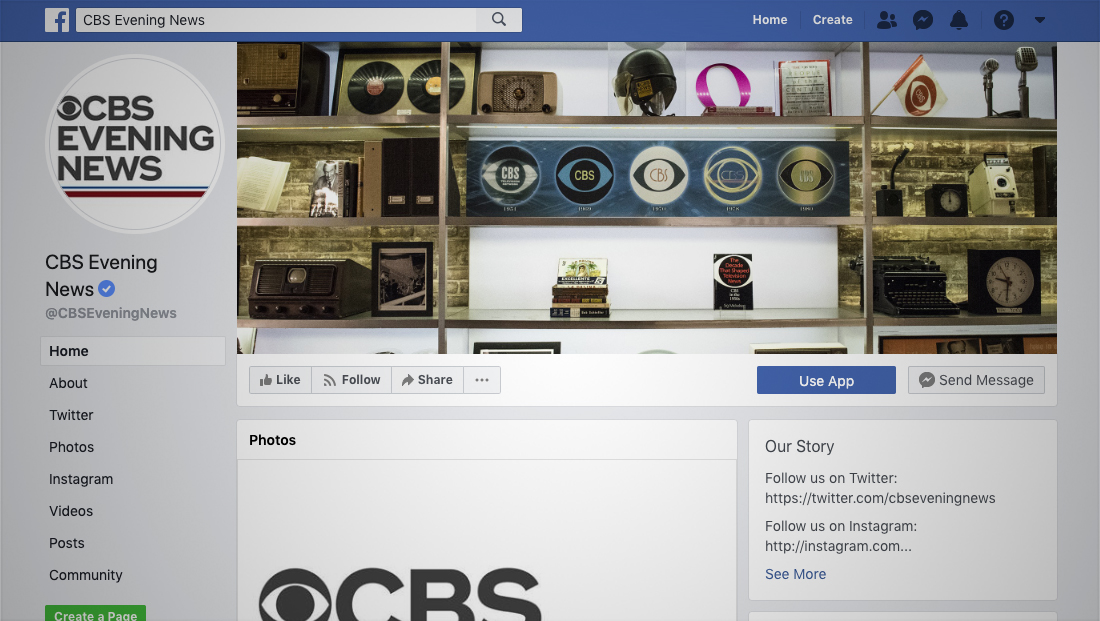 After anchoring his final broadcast of “CBS Evening News” and signing by recognizing his news team, Jeff Glor’s name was scrubbed from the broadcast’s social media profiles Friday evening.

The show’s Facebook page was updated around 7:13 p.m. eastern on Friday, May 10, 2019, to remove Glor’s name from both the name of the page itself and the logo used as the page’s profile image.

The page now sports the same logotype lockup introduced when Glor took over — sans his name.

In addition, the network updated the cover photo to feature a wall of Studio 57 that is used to showcase various awards and artifacts from the network’s history.

When a Facebook profile is updated, like “Evening News” was, Facebook pushes out the update as a “story” in the newsfeed to followers of the page.

Many Glor fans latched onto the profile image updates to comment on the network’s decision to replace him (read some of the comments by clicking the “comments” icon in the two embeds shown here).

Despite changing the name that is displayed to users, CBS did not change its handle or page name, which doesn’t include any reference to the anchor.

CBS’s move is hardly unique — most broadcasts remove references to former hosts or anchors shortly after they leave.