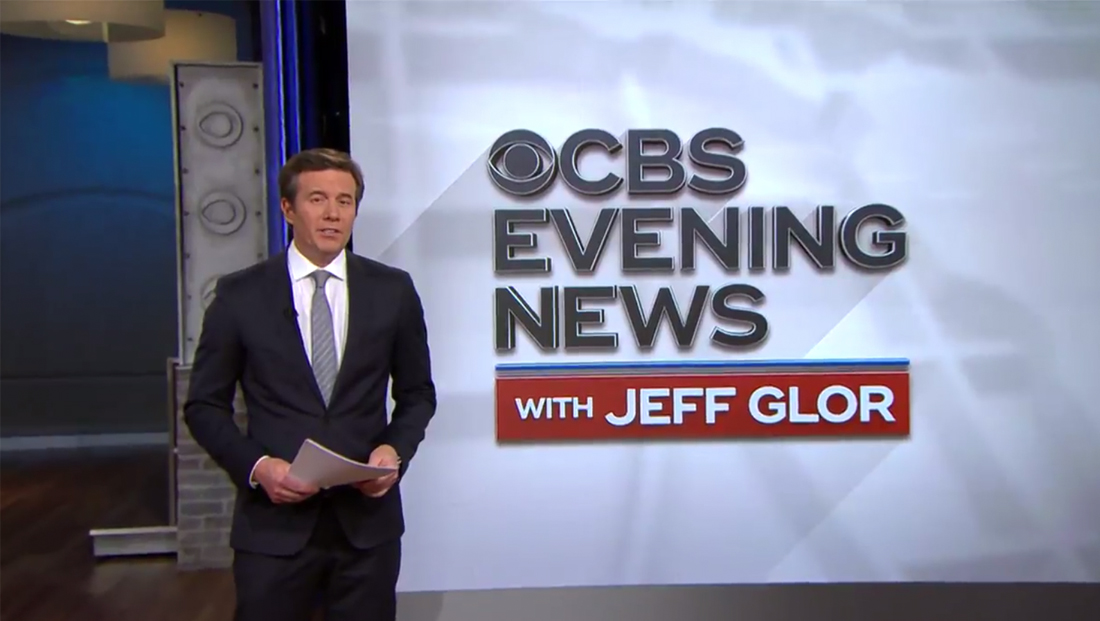 The narrow panel, which is finished to look like exposed industrial beams, features a trio of logos in the same gritty style.

The piece is primarily visible behind anchor Jeff Glor’s briefing opening segment before the tease and headlines and is tucked behind Studio 57’s large seamless video wall.

In addition, back on April 17, 2019, “Evening News” began changing how it shoots its top story — with Glor now standing in front of the video wall camera right of the seamless one.

The wide shot used at the top of the broadcast still showcases the seamless one as well as a vertical panel with the date.