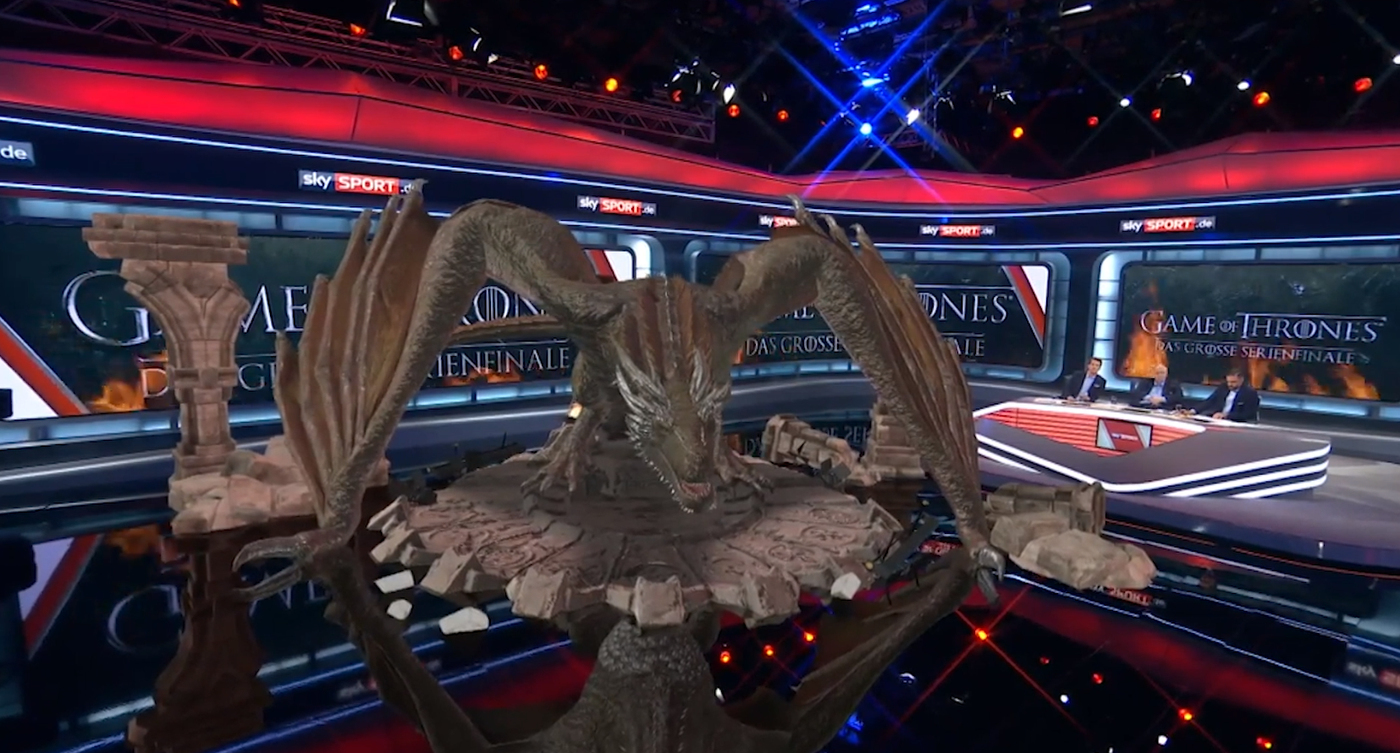 Sky Sports in Germany is celebrating the series finale of “Game of Thrones” with a unique augmented reality element.

During broadcasts from its Sky Sports “Cube” studio, the “Game of Thrones” Iron Throne chair makes an appearance while the show’s theme song begins to play in the background. Then, in a surprise twist, Rhaegal, one of the show’s dragons, breaks through the studio ceiling roaring to life.

There is, of course, a bit of synergy here as “Game of Thrones” airs in Germany on Sky Deutschland a sister-network to Sky Sport.

The unique augmented reality effect was made possible by the imaginative creative team at Sky Sport in Germany along with technology from Vizrt and Ncam for camera tracking.