‘Nightly’ adds its own ‘notes’ to lecterns in debate preview package 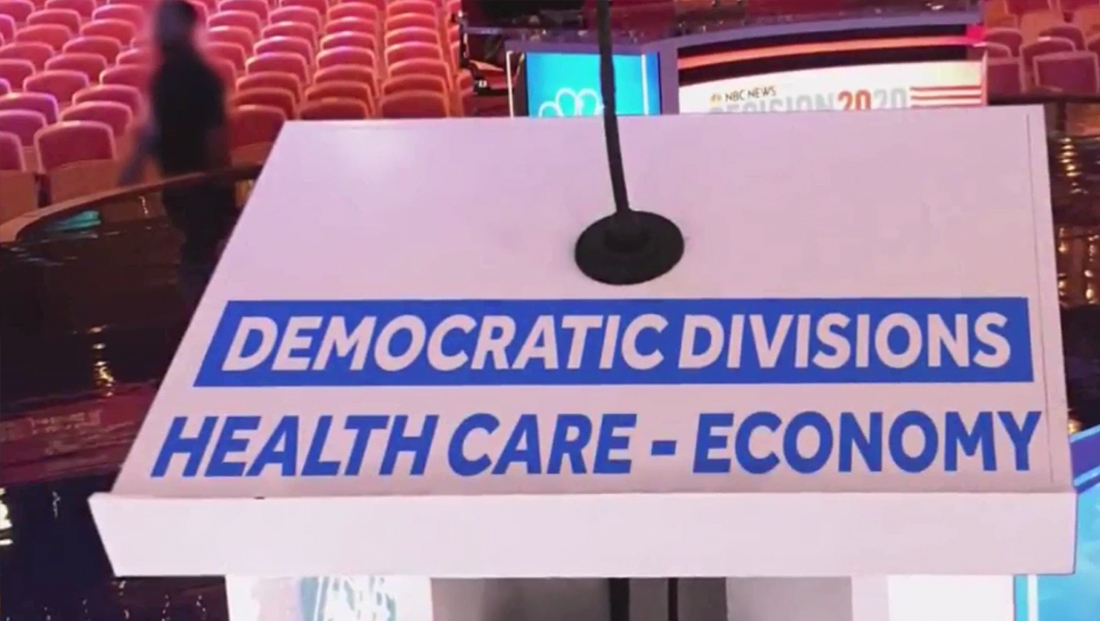 In its preview coverage leading up to the first democratic debate, “NBC Nightly News” used one of the main symbols of a debate — the lecterns — to lay out key points.

The package, from White House correspondent Hallie Jackson, who was on hand in Miami, was designed to give viewers a preview at what to expect during the upcoming debate.

In addition to video of debate prep, the package also used a still photo of a reverse shot of one of the lecterns multiple times.

NBC’s designers took the empty spot normally reserved for notes and prepared statements and digitally added text of Jackson’s key points in a sort of simple form of augmented reality.

That said, the compositing was not done in realtime and also used a still photo rather than video.