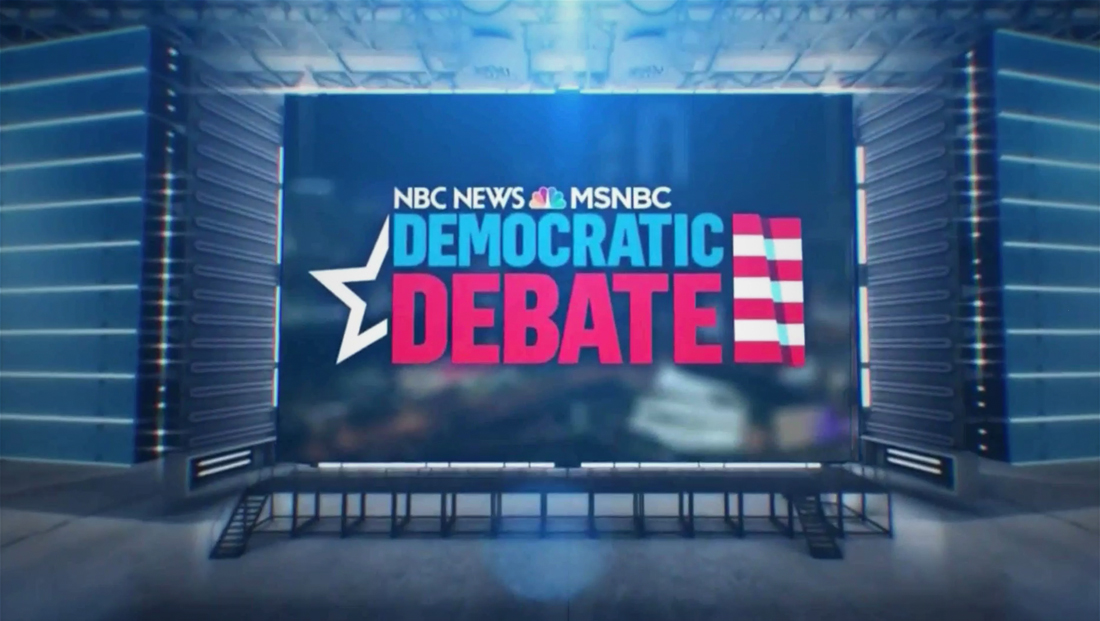 NBC, MSNBC and Telemundo opened its coverage of the first night of the first democratic debate with an extended open that introduced all ten candidates in what seems like one of the longest talent reopens ever.

NBC and MSNBC used the same open, with both the NBC News and MSNBC logos appearing on the title card.

Telemundo used one with the voiceover in Spanish.

Telemundo’s version also used a vertical photo instead of the horizontal version NBC and MSNBC featured.

Both opens also used the famous NBC News election theme music as well as the “Decision 2020” look the network has been rolling out.

Telemundo also used an extended open for its post-debate coverage.