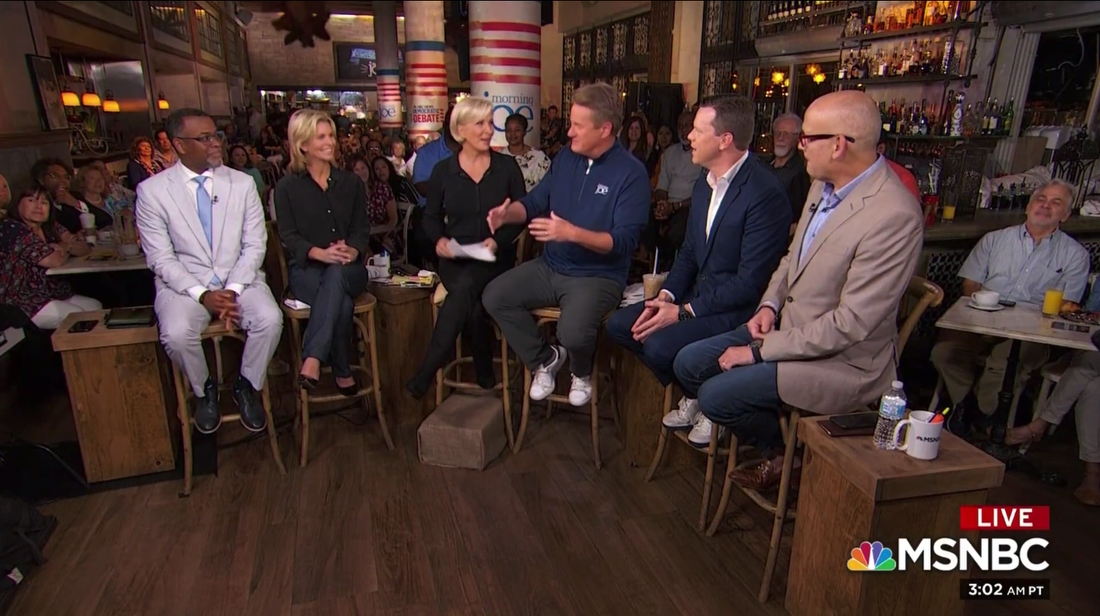 Inside the restaurant, three columns were wrapped with patriotic “Morning Joe” graphics while a chalkboard was updated with the show’s logo. 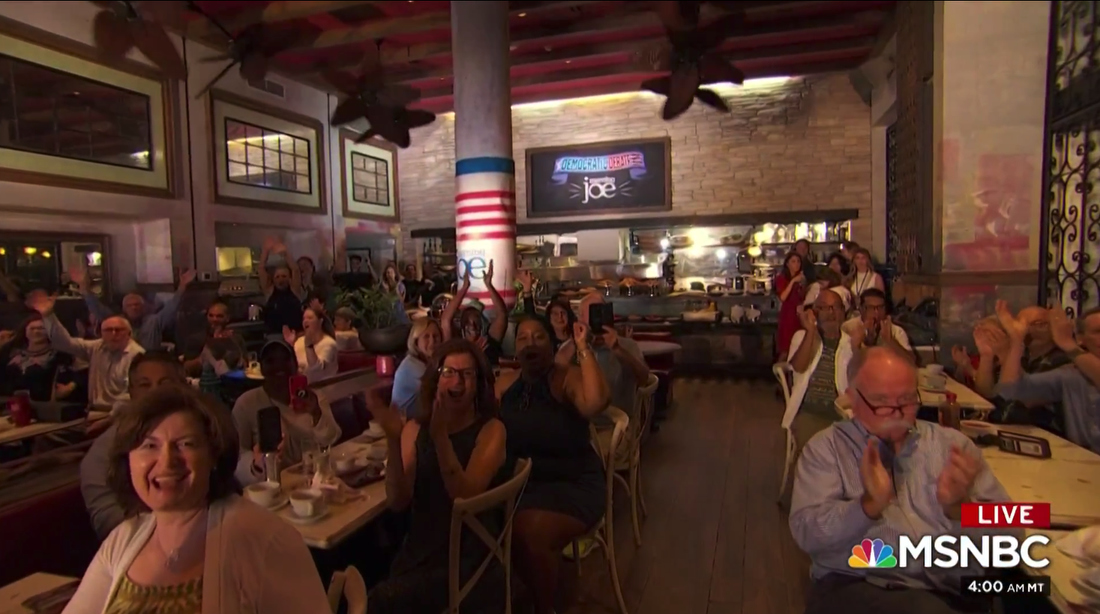 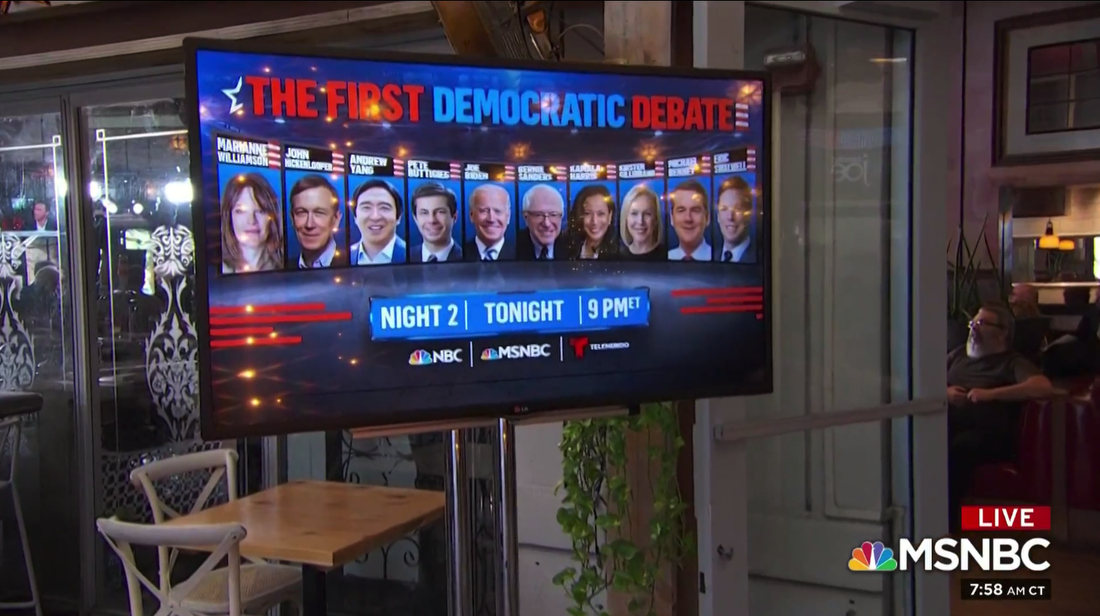 For teases and the opening, a bump monitor was placed outside the restaurant.

Like the debate itself, “Morning Joe” also suffered a few audio issues during its open.

While the debate was downtown Miami at the Adrienne Arsht Center for the Performing Arts, the “Morning Joe” crew went north to Sugarcane, which is located in the development known as The Shops at Midtown Miami.

Along with the debate hall itself, MSNBC also had a temporary broadcasting location on the stage of the Sanford and Dolores Ziff Ballet Opera House.